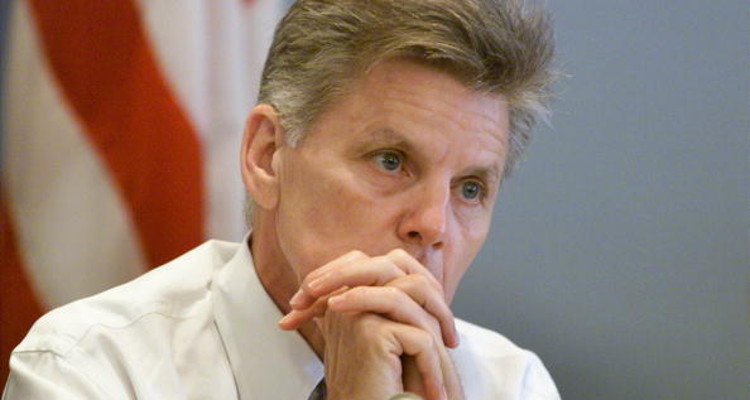 Will Chandra Levy ever get justice? On TLC’s Chandra Levy: An American Murder Mystery, we learned new details (or so it seemed) about the chilling case. It happened so many years ago, so details are a bit foggy but there is one person who might be able to offer some clarity. Where is Gary Condit now? The man has been at the center of this case for more than a decade now, and we have everything you need to know about Gary Condit today.

Chandra Levy was allegedly murdered by former politician Gary Condit (who continues to maintain his innocence, even today), in a case that was open for over a decade. People who followed the details of this case might remember Ingmar Guandique, who was imprisoned for murdering her. He was released in 2010 after his legal team proved that there was false evidence used against him during his trial. This had people turning back to Gary Condit, as Levy was an intern at his office whom he allegedly had an affair with. Find out what happened to the Chandra Levy-Gary Condit case, and see where Gary Condit is now.

Gary Condit was born on April 21, 1948, in Salina, Oklahoma and was a member of the U.S. House of Representatives between 1989 and 2003. His political career began in 1972 as a city council member in Ceres, California where he served as mayor for two years. He was elected to the California State Assembly in 1982, and in a special election, Condit was elected to Congress after Tony Coelho (House Democratic Whip) resigned in ’89.

When President Bill Clinton’s affair with Monica Lewinsky came to light, Condit, who was known to vote against Clinton more than any other Congressional Demograt, urged Clinton to admit to having a relationship with the intern. Little did he know that he would be facing similar accusations. In 2001, Condit announced that he would run for re-election, but lost to Dennis Cardoza, and eventually left Congress in 2003.

In 2002, Condit lost his seat after the remains of Chandra Levy were discovered in Rock Creek Park. Following his dismissal, Condit moved to Arizona with his wife Carolyn, son Chad, and daughter Cadee. After his career ending scandal, Condit owned two Baskin-Robbins stores in Arizona and stayed under the radar for a while. The franchise failed and cost Condit about $98,000 due to a breach of contract. That same year, Condit sued Vanity Fair’s Dominick Dunne for writing that he was behind the gruesome murder of Levy.

He asked for $11.0 million in his lawsuit against Dunne in a New York Federal Court. Condit claimed that the report scorched his image, and mentioned that he was involved in kidnapping Levy, placing her in an airplane, and dropping her in the Atlantic Ocean. Dunne settled the case for an undisclosed amount in 2005, saying he was misinformed.

In 2006, Condit filed another lawsuit, this time against Sonoran News for a report they did about him. The publication wrote that he lied to investigators about his affair with Levy, but this time, the judge dismissed the case telling Condit that he didn’t prove his innocence or that the statement was false.

A post shared by TheOriginal PatriotsForTrump (@patriotsfortrump) on Jul 28, 2016 at 2:06pm PDT

After Ingmar Guandique was convicted of murdering Chandra Levy in 2010, Condit’s lawyer, Bert Fields, stated about his client, “It’s a complete vindication but that comes a little late.” In 2012, Condit’s son ran for House of Representatives as an independent, but lost to Jeff Denham. In 2012, Condit was reportedly the president of the Phoenix Institute of Desert Agriculture, which was dissolved in 2015.

In 2016, Condit wrote a book called Actual Malice, which has “his side of the story.” What actually happened to Chandra Levy might still be unclear, but authorities are working hard to bring justice.

Though attempting to lead a normal life, Chandra Levy’s case continued to surround Gary Condit. In 2015, it was revealed that during Ingmar Guandique’s trial, the prosecution’s prime witness, Armando Morales, lied under oath. A recording of Morales admitting to this was given to police in 2016, thus dropping the charges against Guandique, who was serving his 60-year sentence. This put Condit back in the spotlight, with new evidence that might link him to Levy’s murder.

So, what does fate have in store for the 69-year-old? While Gary Condit is still alive, many will wonder if he will be found guilty for Chandra Levy’s murder, and are hoping officials will be able to put the right person behind bars.