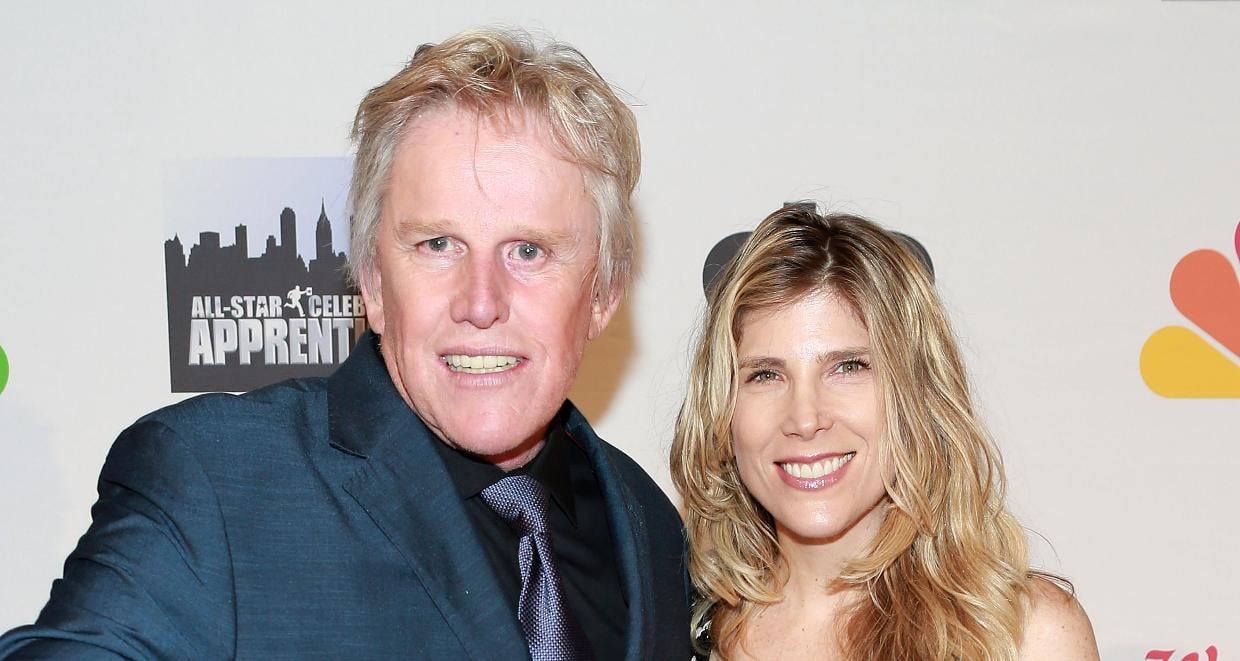 Steffanie Sampson was drawn to acting from the time she was young and would often perform for hours on end with her sister, Marnie. She first studied at the Stella Adler Academy of Acting and Theater thus beginning a slow and steady career in Hollywood. She has been the girlfriend of veteran character actor Gary Busey for the last ten years and is the mother of their son, Luke Sampson Busey. She is a strong and independent woman who has stood with her partner through the best and worst of times. We’ve got all you need to know about her here!

Who Is Steffanie Sampson?

Born on August 19, 1974, in Hollywood, Los Angeles, California, Steffanie Sampson’s age is 44. Her mother’s name is Sandie Weisman Sampson, and she has a sister named Marnie Sampson Thomas.

The acting bug bit Sampson pretty early in life and at the tender age of five years, she started acting with her sister Marnie.

Both of them would create their own characters and act them out for hours on end!

When she was still a teenager, Sampson decided to pursue acting as her full-time career and enrolled into the Stella Adler Academy of Acting and Theater in Hollywood.

She Made a Quiet Acting Debut in 1998

Sampson began her acting career by appearing in the movie Goodbye Lover in 1998. She then acted in some TV movies like Forever Love and Sabretooth before working on a short film titled Family Tree.

Since then, Sampson has acted in a clutch of movies like The Big Chingon, Man of God, Protecting the King, Dark Honeymoon, Black Russian, The Lempke Brothers, and Bikini Model Academy.

She has also acted in TV movies like Miss Castaway and the Island Girls, Alien Express, and Sharknado 4: The 4th Awakens; in TV series like Battleground: The Art of War; and short films like Change of Heart.

Sampson began dating actor Gary Busey in 2008, and the couple has been together for almost a decade now, even though they haven’t married yet.

Gary Busey is a popular American character actor who has acted in some of the most talked about movies of the past three decades, including Lethal Weapon, Point Break, Under Siege, The Firm, Lost Highway, Fear and Loathing in Las Vegas, and The Gingerbread Man.

Busey is 74 years old now and there is a 30-year difference between him and Sampson.

However, age doesn’t seem to be anything but a number for these two as the years between them has never seemed to be an issue.

Both of them are visibly happy with each other and their happiness knew no bounds when they became the proud parents of a baby boy on February 23, 2010. They named him Luke Sampson Busey.

Steffanie Sampson’s net worth is not known but considering that she has had a steady career acting in films and on TV, it must be considerable.

It comes as quite a shock seeing as Busey has acted in over 150 films and built a strong career as a Hollywood actor. But Busey has struggled with financial problems in the past and he even filed for bankruptcy in 2012.

Also Read: Gary Busey Confirmed to Compete on “Dancing with the Stars”

She Appeared on Celebrity Wife Swap

In 2012, Sampson and Busey appeared on an episode of the ABC reality show, Celebrity Wife Swap. In the episode, Busey swapped his girlfriend Sampson for disgraced pastor Ted Haggard’s wife, Gayle Haggard. People joked at that time that Gary Busey and Ted Haggard were not really that different as both had struggled with addiction problems in the past.

On the show, Sampson said that she and Busey were married “in spirit” while Busey claimed that they had been together in 31 previous lives. Sampson is also a stand-up comedian and a certified hypnotist.

Right now, Sampson is busy helping Busey promote his new book titled Buseyisms, which has just been released in America.

She has tweeted about the book and has used her social media outlets to encourage people to read it.

Her Twitter profile is “THEMrsBusey” and she often uses this platform to let her fans and friends know about what’s happening in her life.

She’s the Rock in Busey’s Life

Sampson has become a steadying influence in Busey’s life, which is evident since he has struggled with several unsuccessful relationships in the past.

Even though Sampson is much younger than Busey, their relationship has survived through thick and thin over the last decade that they have been together.

Though the two may seem like an unlikely pair (and yes, many have ruled Busey out as entirely insane), Sampson is the pillar of support in Busey’s life and the two seem to fit together perfectly.

Busey has endured it all; divorce, bouts of addiction, bankruptcy, close calls with death, and even a tough battle with cancer—but Sampson has been by his side through it all. She’s a true rock in the actor’s crazy and eventful life!