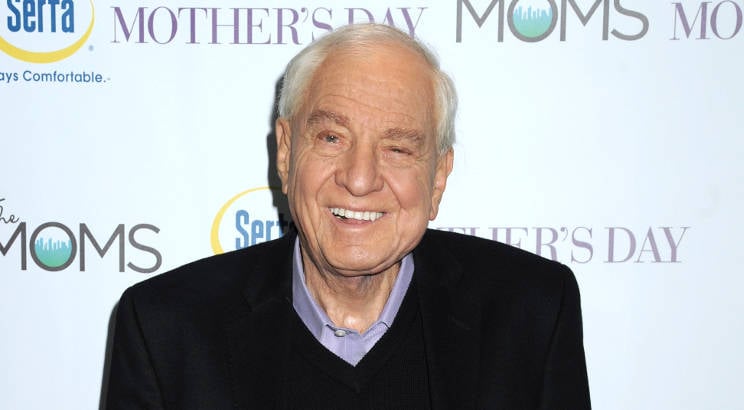 Garry Marshall’s death has cast a veil of gloom over Hollywood, as people are still finding it hard to believe that the legend has passed. The question that is on everybody’s mind is “How did Garry Marshall Die?” Marshall died from complications arising from ‘Pneumonia’ after he was hospitalized in Burbank, California. His spokesman made this announcement after the hospital authorities certified him as clinically dead. Though he was 81 when he died, the news has struck the hearts of all those who were impacted by his many movies and his successful career. Several generations have grown up watching his hit TV shows and movies in the last 50 years. Marshall was one of the most hard working and prolific producer-directors in all of Hollywood.

Garry Marshall’s death has left his friends, fans and admirers teary eyed, as they remember the gentle person who brought smiles to their faces. A Marshall romantic comedy is still one of the best antidotes to a broken heart. Though most people remember him for his blockbusters like Pretty Woman, Runaway Bride, Valentine’s Day and The Princess Diaries franchise, he also directed small movies that are a film goers delight. Overboard, The Other Sister, Raising Helen and Georgia Rule are certainly ones to watch if you haven’t already!

A Treasure house of Wisdom

Marshall helped many struggling actors in Hollywood by giving them great roles in his productions. He was a person you could always count on for help. He helped people but never spoke about it. Today stars, both big and small, are tweeting and sending in their condolences to his family. He was full of good advice and spoke in a measured way. Some of Garry Marshall’s quotes are:

“There’s no better satisfaction than writing. I feel that writing is the best and everything else comes with it.”

“You go to a theater now and you literally see parents watching the movie and they suddenly cover their kid’s ears. I figured I’d make one movie where they didn’t have to do this.”

“Religion has a good place and it has its good people.”

“We can’t compete with Mel Gibson but we figured we could do our part.”

Penny Marshall is a famous name in Hollywood but not many people know that she is Garry Marshall’s younger sister. Penny started out as an actress with a part in Happy Days, which was well received. Soon after, she got a show of her own called Laverne & Shirley. She was nominated three times for a Golden Globe award for her performance as Laverne in this successful TV show. However, Penny achieved more fame as a director. She was the director of Tom Hanks’ break through movie Big. She directed Robert De Niro in the Oscar nominated medical drama Awakenings. She also directed the all-female baseball movie, A League of Their Own. She wears the producer’s hat as well, as in the cases of Cinderella Man and Bewitched. She is also known in Hollywood as a wise and cheerful individual, though it has been hard to get out from under her elder brother’s shadow.

Garry Marshall died surrounded by family; which was the most precious thing to him. His movies were warm, humorous and down to earth. He built a world of his own for film goers where they were sure to find humor and comfort. Marshall will always be remembered as long as people throng to the cinema theaters to see good stories. His own life story seems like a dream but is very much real.