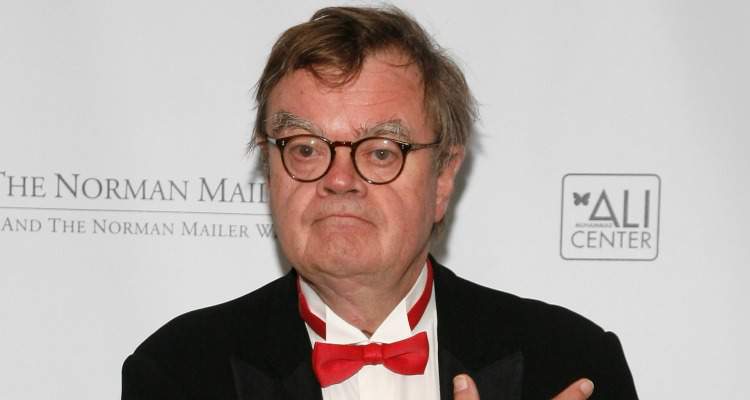 Who is Garrison Keillor? It wasn’t until Garrison Keillor made news headlines today, that people started to look him up and see why he’s trending. He’s been fired over allegations of improper conduct and many are curious to know the exact details. Here’s our Garrison Keillor wiki for more about him and his recent firing.

Who is Garrison Keillor?

Garrison Keillor, 75, is a radio personality, author, and former host of A Prairie Home Companion, a Minnesota Public Radio show he hosted from 1974-2016. He was born Gary Edward Keillor on August 7, 1942, in Anoka, Minnesota. Garrison Keillor’s wife is Jenny Lind Nilsson and they have been married since 1995. He was previously married to Mary Guntzel (1965-1976) and Ulla Skaerved (1985-1990). Some of his published work includes Lake Wobogen Days, The Book of Guys, and The Keillor Reader. His net worth is estimated to be $1.5 million.

Why Was He Fired?

On Wednesday, Keillor announced he was fired from Minnesota Public Radio (MPR) due to an incident where he reportedly placed his hand on a woman’s back.

“Last month, MPR was notified of the allegations which relate to Mr. Keillor’s conduct while he was responsible for the production of “A Prairie Home Companion” (APHC),” the statement reads. “MPR President Jon McTaggart immediately informed the MPR Board Chair, and a special Board committee was appointed to provide oversight and ongoing counsel. In addition, MPR retained an outside law firm to conduct an independent investigation of the allegations. Based on what we currently know, there are no similar allegations involving other staff.”

“Based on what we currently know, there are no similar allegations involving other staff,” MPR continued. “The attorney leading the independent investigation has been conducting interviews and reviewing documents, and the investigation is still ongoing.”

What Did Garrison Keillor Say?

In an email to the Minneapolis Star Tribune, said he apologized for putting his hand on a woman’s bare back and thought that the matter was settled.

“I put my hand on a woman’s bare back. I meant to pat her back after she told me about her unhappiness and her shirt was open and my hand went up it about six inches. She recoiled,” said Keillor.

“I sent her an email of apology later and she replied that she had forgiven me and not to think about it. We were friends. We continued to be friendly right up until her lawyer called,” he added.

The incident occurred while he was hosting/producing “A Prairie Home Companion” and though he didn’t say exactly when it happened, he called his firing “poetic irony of a high order.”

“If I had a dollar for every woman who asked to take a selfie with me and who slipped an arm around me and let it drift down below the beltline, I’d have at least a hundred dollars. So this is a poetic irony of a high order,” Keillor said.

“Getting fired is a real distinction in broadcasting and I’ve waited 50 years for the honor,” Keillor said. “All of my heroes got fired. I only wish it could’ve been for something more heroic.”

Keillor also wrote an op-ed defending Al Franken for his own sexual misconduct involving Leeann Tweeden. Keillor’s firing comes on the heels of now disgraced anchor Matt Lauer, who was fired from NBC for sexual harassment claims. Earlier today, NBC announced that even though this is the first complaint against Lauer in over 20 years with the network, they have been led to believe that this wasn’t an isolated incident, and they let him go.

As for Keillor, Minnesota Public Radio said today they’re severing all ties to Keillor and will “end distribution and broadcast of The Writer’s Almanac and rebroadcasts of The Best of A Prairie Home Companion hosted by Garrison Keillor.”