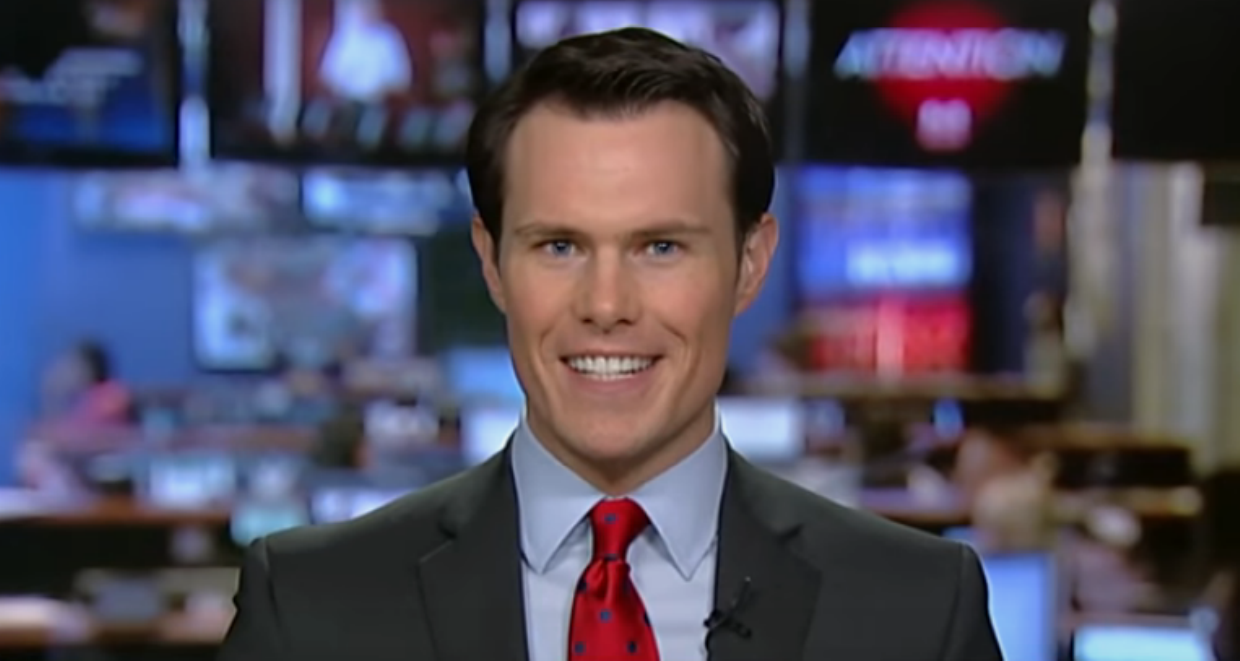 When people want to know what’s going on in politics in America, they tune in to the Fox News Channel because Garrett Tenney is sure to inform them of the latest happenings. Tenney is a national correspondent who works out of the network’s Washington, D.C. Bureau. He has vast experience in the news industry and has risen from the ranks to his current high position. He is married to Jamisyn Tenney and has a baby boy named Dallas. Read on to know more details in our Garrett Tenney wiki!

Who Is Garrett Tenney?

Tenney is currently a national correspondent for Fox News Channel and is based out of the network’s Washington, D.C. Bureau. He covers all the news emanating from the country’s political capital right from the White House to Capitol Hill and beyond.

He Currently Works for Fox News

Before this, he was working out of the network’s Midwest Bureau in Chicago, Illinois, from where he covered politics in several states like Minnesota, Wisconsin, Indiana, Missouri, Illinois, Michigan, Ohio, and Kentucky.

His job at Fox News was of a junior reporter from January 2011 to March 2013, where he covered the southern region of the United States.

There, he researched and pitched original story ideas; shot, wrote, and edited his own video packages, articles, and slideshows. His work was aired on several Fox News outlets like FOX Business Network, FOXNews.com, FOXBusiness.com, Fox News Latino, and local Fox associates all across the country.

His Career Trajectory Has Risen Steadily

Prior to joining Fox News, Tenney had a brief stint as an intern at KSL News (NBC).

Prior to that, he worked as a reporter, producer, and anchor for KBYU ElevenNEWS for three years where his job responsibilities included co-anchoring half-hour segments on news and weather, and researching and developing original stories for the daily newscast.

Tenney also shot, produced, and edited his own stories, and produced half-hour live newscasts. He also had a five-month stint at the Fox News Channel New York Bureau from April 2010 to August 2010.

He became the lead of the production crew at BYU Broadcasting in Provo, in the Utah area, where he was responsible for transmissions of university sports, forums, and devotionals.

Tenney started his career by becoming an anchor and producer for T/E TV where he worked for just nine months. He also put in time working as an intern at Comcast SportsNet, at KSL Sports (NBC), and at KSNV-TV in the Las Vegas, Nevada area.

Tenney knew what he wanted to do early on in life. He had decided in high school that he would join the news and broadcasting industry and he chose his subjects in college, keeping his future career in mind.

He Has Worked as a Missionary in Africa

Tenney was also an active member of the student service association at Brigham Young University from 2007 to 2010. From 2005 to 2007, Tenney volunteered as a missionary for The Church of Jesus Christ of Latter-day Saints in Kenya, Africa.

This unique experience proved to be one of great learning for Tenney, as it gave him exposure to an entirely different culture and country. During his time working as a missionary in Africa, Tenney became fluent in Swahili and has managed to maintain his fluency over the years.

Tenney Has Won Several Awards for His Work

For his excellence in the field of journalism, Tenney has been honored with several awards and recognitions.

Some of the awards that he has won include an SPJ Mark of Excellence Award in 2010 and a Hearst Journalist Award for “Best Use of Television for News Coverage” in 2010.

He has received several commendations for his incisive and honest reporting of news, which is important to his viewers.

He Has a Warm & Loving Little Family

Tenney currently lives in Washington, D.C. with his wife Jamisyn Tenney and his baby boy, Dallas.

Tenney and Jamisyn tied the knot on August 9, 2014, and have been happily married since. Their joy knew no bounds when they welcomed Dallas into their warm and loving family on December 29, 2017.

At the time, Tenney announced his newfound fatherhood to his friends and viewers through his Twitter account.

Tenney posted an adorable picture of himself beaming while holding his newborn. He captioned the photo by saying, “Heaven sent us this little angel for Christmas. Welcome home, Dallas Tenney!”

People have often asked Tenney his age, but he prefers to keep it out of the public domain.

According to reports, he is currently in his mid-30s, but he doesn’t have an Instagram account to confirm this and he doesn’t seem to update his Facebook account often. In his free time, he loves to play with his son Dallas, sample different cuisines, and watch football.

His other personal interests include traveling, music, and photography. He also sweats it out in the gym, lifting weights so that he is fit for meeting the grueling demands of his time-sensitive job.

With such a sterling track record over the years, it is no surprise that Tenney is one of the most valued journalists at Fox News.

His experience and diligence have given the network the cutting edge to beat its rivals regularly when it comes to delivering news broadcasts viewers can rely on.

With a fulfilling career, a passion for informing the people, a loving wife, and one adorable son, there is no doubt that Garrett Tenney will continue to shine in the future!

Also Read: Everything You Need to Know About the Fox News’ Courageous Reporter, Alicia Acuna