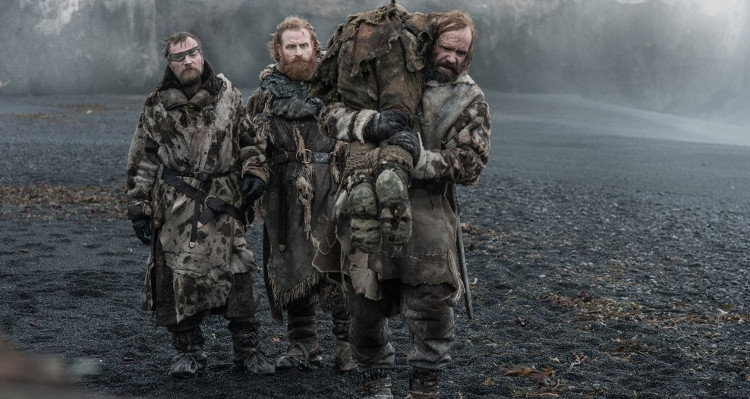 The hit HBO series, Game of Thrones is back and fans have never wanted winter quite like this before! While many were focused on Cersei and Jon Snow, others were shocked to see The Hound’s return. The Hound’s Game of Thrones comeback was easily one of the many highlights of the season 7 premiere, and now fans are asking about The Hound-gravedigger theory. If you want to know more, then keep reading. But be careful of Game of Thrones spoilers!

Who Did Clegane Bury?

While the episode was full of questions, fans want to know: “Who did The Hound bury?” Sandor Clegane has gone through quite the transformation since we last saw him many seasons ago, but unlike his sadistic brother The Mountain, he has changed. But what was he up to this past episode? As fans may remember, there was a theory that The Hound ddin’t die in the Riverlands and when he came back after being gone for a while, he returned as a gravedigger. The Hound-farmer connection is from when The Hound was travelling with Arya and they sought shelter with a farmer and his daughter. The Hound was offered a job to protect their land, but insisted on robbing them of the little silver they had. Arya yelled at him for it and The Hound explained that they would die from the winter’s cold anyway and wouldn’t need the silver later.

Now, flash forward to The Hound in season 7 and he’s noticeably different. He cares and he cares somewhat of how people are cared for. He sees two unrecognizable bodies in a farmhouse and it reminds him of the past that he’s ashamed of. So instead, he buries them out of respect, in a subtle nod to the past when he would have rather robbed farmers than honor them.

If there’s one thing that’s missing that we haven’t seen yet, it’s CleganeBowl. Remember that? It’s the eventual battle between both Clegane brothers, and fans have been dying to see it! The Mountain needs payback for burning his brother’s face (which gave him his fear of fire) and let’s face it—The Mountain needs to stay dead sooner or later! Plus, with him out of the way, there’s one less obstacle to take down Cersei, because there’s no way she’s keeping that crown for long. That’s the thing with stolen thrones, you have to fight harder to keep them. Fans want a showdown of the ages and with this new Hound we’re seeing, we’re not sure if he’s even up for the fight. But something tells us he won’t let his brother burn him in anyway again. Stay tuned for more on that!

We know most fans hate spoilers to the point where some people don’t even watch trailers (which makes no sense to some), but we promise not to spoil everything! The next episode is titled “Stormborn” and the official synopsis from HBO for episode 2 reads: “Daenerys receives an unexpected visitor. Jon faces a revolt. Tyrion plans the conquest of Westeros.” Triple the excitement!

We also know that Arya is going to be reunited with her long-lost direwolf, Nymeria. She drove her away to protect her, but now the two are having a reunion! And let’s not forget about Cersei sowing seeds of distrust and we can’t wait to see how Olenna’s plan for revenge unfolds! So much to come!