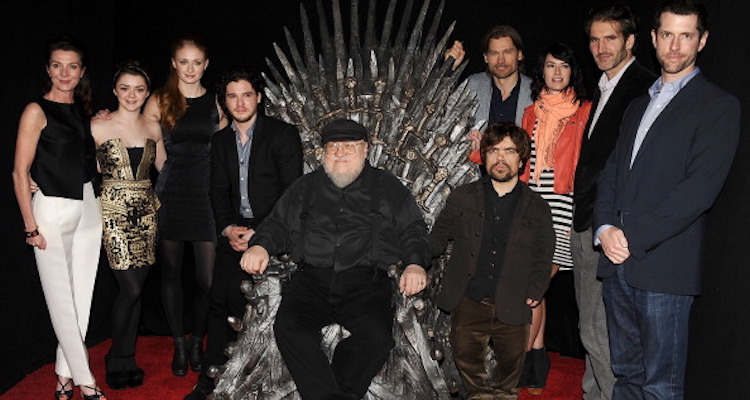 Game of Thrones Season 7 spoilers have recently been released, and it’s all thanks to photo URLs that accidentally revealed some key moments of the show’s seventh season. If you’re a die-hard fan but can’t wait to hear these sneak peeks, or want to check out the Game of Thrones trailer, keep on reading!

The seventh season of Game of Thrones, HBO’s most popular show of all time, is only three weeks away. But over the past month or two, promotional images have been spilling out into the Interweb. Fans have curiously been wondering what these images are of, and when they occur during the show. A mistake made by HBO affiliate media company, Sky Deutschland has now revealed what those images are really about. Deutschland accidentally kept the URLs visible when it shared its official Season 7 photographs on its website. These URLs contained episode numbers, and now fans know a little too much. Uh-oh! Twitter user YeahClarke shared the revelation, and you can check it out below.

If you check the url of the S7 photos on the Sky Deutschland site you'll see from which episode some are. So this scene is likely from Ep03. pic.twitter.com/0iq1iCpyya

From Game of Thrones Reddit feeds to Twitter conversations, fans are storming the Internet to discuss and debate what each of these official photos could be about. Some of the spoilers include Daenerys Targaryen arriving at Dragonstone, her homeland, for the first time; Jamie and Cersei Lannister planning something together in the map room in King’s Landing; Littlefinger speaking some sly message to Sansa Stark at Winterfell; Jon Snow leaving Winterfell; Arya Stark arriving at Winterfell; and Daenerys in her throne room addressing an audience. One of the biggest reveals is that John Snow will likely meet Daenerys at Dragonstone. Who knows where this pivotal face-to-face counter will go; will they become allies or rivals? There are only a few more weeks until we can find out!

The Game of Thrones Season 7 trailer launched at the end of May, and it reveals where our most beloved and despised characters are, and what they’re about to do. The trailer shows Cersei and Jamie planning a form of defense against their enemies all around the map; Tyrion Lannister wandering to the edge of a mountain as a dragon flies up into the sky; and Daenerys arriving at her home in Dragonstone and taking her place on the throne. It also shows Jon Snow and Sansa at different locations, both appearing to be planning for something big. Arya Stark seems to be wandering around up to her usual antics, and there are a lot of visuals of war. Lots of war. Check out the trailer to see for yourself!

Here are some of the main cast members that you will soon see again!

Since this season will only consist of seven episodes, fans will be blown away by all the action and dialogue that is jam packed into in each episode.