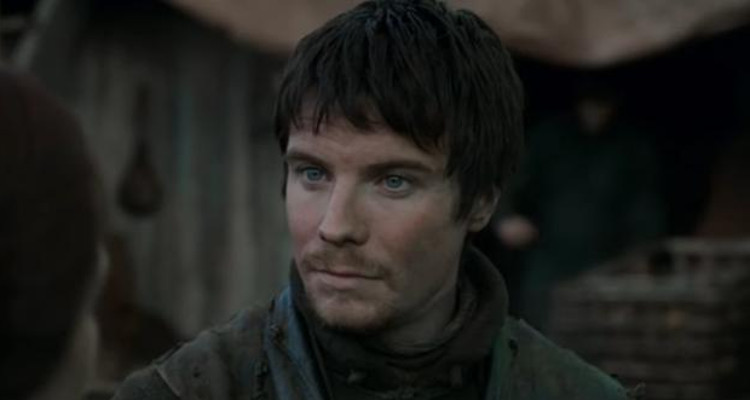 HBO and Throners are still reeling from the cyber attack by hackers and the data drops on Game of Thrones everywhere. But the latest spoiler comes accidentally, and from IMDB of all places! We come to know that a major character is returning to season 7’s next episode, “Eastwatch.” You might remember the Game of Thrones character, Gendry. Here’s what his return may do to the story of the Seven Kingdoms.

What Happened to Gendry?

For those who need a refresher, Gendry is one of the many illegitimate sons of King Robert Baratheon. To protect the claim to the Iron Throne of Robert’s supposedly legitimate children—Joffrey, Tommen, and Myrcella— the Lannisters hunted and killed all of Robert’s illegitimate children, except Gendry. A blacksmith by skill and profession, there’s a theory that he might be one of the few artisans in Westeros who can forge Valyrian Steel and Dragonglass weapons.

Gendry enjoyed considerable screen time with Arya and the Brotherhood Without Banners, until Melisandre kidnaps him and takes him to Stannis Baratheon, Robert’s brother. He’s unaware of his Baratheon lineage until Melisandre informs him. She uses his blood for a ritual to bring victory in Stannis’ favor.

Davos Seaworth believes Melisandre is planning to sacrifice Gendry and sneakily rescues him from his cell. The last we saw him, Davos sent Gendry off in a boat from Dragonstone in season 3.

Since Davos smuggled him out of Dragonstone, Gendry’s whereabouts was unknown. He didn’t appear on the show again until perhaps season 7. After Joe Dempsie (the actor who plays the blacksmith) walked the red carpet of the season 7 premiere, it seemed to be revealed that he would be making a return.

But the greatest confirmation that he would be appearing in the upcoming episode, “Eastwatch” was thanks to IMDB! Earlier this week, on the IMDB page for the GoT episode, the cast listing mentions Joe Dempsie’s Gendry. You think the Hound’s return was a shocker, just wait until Gendry finally makes his reappearance!

When “Eastwatch” premieres, we will finally learn what this blacksmith has been up to for 30+ plus episodes. But what does the return of Gendry mean?

A Claim to the Iron Throne?

Robert Baratheon’s illegitimate children would have as much claim to the Iron Throne as Joffrey and Tommen, who were actually Cersei’s children with Jaime. It’s no wonder the Lannisters got rid of Robert’s bastard children knowing they are a threat! How Gendry was saved is a story that hasn’t been explored in detail.

After Robert’s death, his brothers Stannis and Renly tried to claim the Iron Throne knowing Joffrey wasn’t his trueborn son. Stannis uses Melisandre’s blood magic to kill Renly. Later, Stannis’ daughter, Shireen is sacrificed by the Red Priestess to help his troops. Stannis was later killed by Brienne in revenge for Renly’s death. That leaves only Gendry in the entire Seven Kingdoms who has Baratheon blood in his veins and the last living heir to House Baratheon.

As Robert Baratheon is the usurper from Aerys II Targaryen and the one who brought the Targaryen dynasty to an end, Gendry has a bigger claim to the throne than the current queen, Cersei. In fact, since the Baratheon rule replaced House Targaryen, one can argue that his right to the throne is equal to- if not more than- Daenerys or hidden-Targaryen, Jon Snow. What might have been two queens and a king playing the Game of Thrones, now becomes two queens and two kings.

As for who the rightful King/Queen of the Andals is, the First Men, etc.; hold on because we’ve got some more pressing matters in Westeros! #WinterIsHere. Jon is the only one who has the White Walker army at the top of his to-do list right now. In the preview for “Eastwatch,” we come to know Bran is doing a reconnaissance of the Night King’s army that’s very close to The Wall’s eastern end and he informs Jon all the way in Dragonstone.

Dany finally lets him mine the Dragonglass, but it’s barely sufficient when every dead human is your potential enemy. Not only is he counting on Dany’s dragons to defeat the frozen undead, he needs weapons forged out of Dragonglass and Valyrian Steel.

Wanted: Westerosi blacksmith to forge weapons out of obsidian/dragonglass, send all resumes to [email protected]

The exact skill set that Gendry learned during his apprenticeship in Kings Landing with Tobho Mott is not known. Mott was the last known Valyrian Steel-maker alive and it’s possible he passed down a few tips to his apprentice. That’s why there’s a popular theory that his skill will be revealed when it’s needed the most. Gendry may be one of the few living blacksmiths in Westeros who can forge weapons out of Valyrian Steel. So, it makes sense for Jon to seek him out. Considering House Stark and House Baratheon are longtime allies and Gendry is a friend of Arya’s, this partnership is not too farfetched.