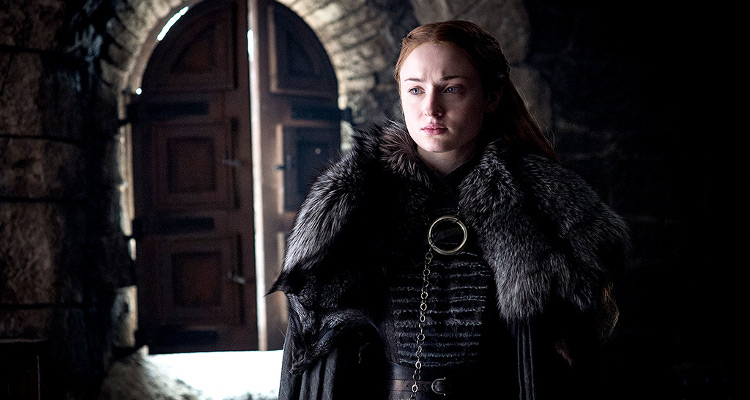 A big secret was discovered pretty innocuously on Game of Thrones, when Gilly is reading a book of records. It is possible that Prince Rhaegar and Lyanna Stark fell in love, got married, and had a child. This child grew up to be Jon Snow and may be the rightful heir to the Iron Throne. In true Game of Thrones fashion, fans are expecting another twist to the story.

One of the most exciting things about the HBO blockbuster series Game of Thrones is that, unlike the characters, viewers get a first-hand look at all of the moving parts to the story. One such instance happened in GoT season 7 episode 5 when Samwell Tarly and Gilly are sitting in the library. Sam is frustrated while Gilly practices her reading on a book of records by the High Septon Maynard. Then Gilly asks, “What’s an annulment?” before mentioning a Prince “Ragger” who had a secret ceremony in Dorne, where he left his lawfully wedded wife and married another woman. Sam gets irritated and goes on another long rant about frustration in work before we can learn anymore. It did not take long for viewers to figure out that this is about Rhaegar Targaryen’s annulment from Elia Martell. Sam and Gilly do not understand the significance of this discovery, but we sure do! If you are not caught up, stop reading here because we have some Game of Thrones spoilers!

The Child Is Legitimate

Though episode 5 took a calmer note, we did learn about what is possibly the first Game of Thrones annulment! “Prince Ragger” is most likely Jon Snow’s secret true father, Prince Rhaegar Targaryen, and the woman he secretly marries is Lyanna Stark. This means that Jon is not a bastard, but is a legitimate child. That makes him the rightful heir to the coveted Iron Throne, and possibly even the prophesied prince mentioned by Melisandre. If this is true, Jon has a more rightful claim to the throne than Daenerys Targaryen, Rhaegar’s younger sister.

This startling revelation explains why Rhaegar’s Kingsguard was stationed outside the Tower of Joy during Robert’s Rebellion. It was to protect a pregnant Lyanna. Both of Rhaegar’s children with Elia Martell, Rhaenys and Aegon, were killed by Gregor “The Mountain” Clegane during Robert’s Rebellion so Jon would be his last living heir, giving him the right to occupy the Iron Throne.

Most people in Westeros believed that Rhaegar kidnapped Lyanna against her will, but it looks like the two fell in love. What that means is that Daenerys is wrong about being the rightful ruler of the Seven Kingdoms, an ambition she had for years. Instead, despite what Daenerys believes, she is not the last Targaryen.

This kind of revelation is what keeps the millions of GoT fans glued to their screens. Especially when the R+L=J theory has been floating around since at least season 4! Nail-biting suspense and intricate plots have made GoT a phenomenon. The best is yet to come, and viewers will marvel at the secrets that are exposed while the characters themselves are in the dark. Find out if Jon Snow’s true parentage will be revealed next Sunday night at 9:00 p.m. EST on HBO.