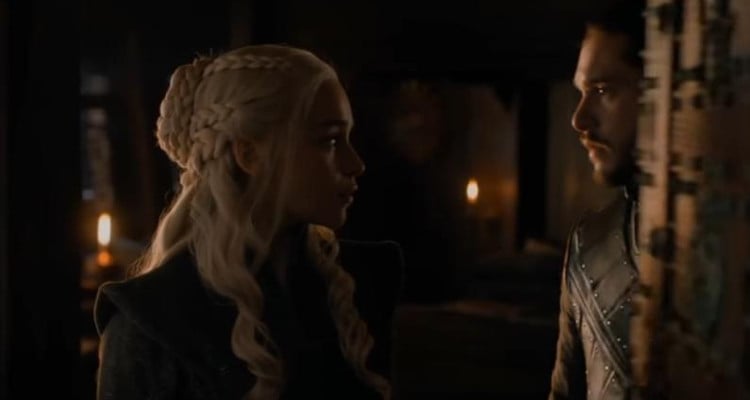 Though the GoT season finale was over before we knew it (or maybe the season was shorter than we would like), we all got closure to the much-awaited relationship between Dany and Jon. During Jon Snow and Daenerys Targaryen’s boat scene, Bran explains his oh-so-important vision to Varys, confirming what fans knew since the end of season 6: Jon was never a bastard. Can this lead to a much bigger plot that we expect? Here are some Game of Thrones season 8 predictions.

GoT season 7 ended with a lot of unanswered questions, and among them is the growing love between the King in the North and the Mother of Dragons. If you are wondering how Jon Snow and Daenerys Targaryen are related, or if they will marry next season, then you ought to keep reading, as we have some details you might have missed during the Game of Thrones season 7 finale!


Fans of the books rolled their eyes when fans of the show finally realized that Jon Snow and Daenerys Targaryen are the titular characters in A Song of Ice and Fire. He lived on the Wall, fights White Walkers, and is from the North; while she walked into her husband’s burning pyre and emerged from the smoke and ash with three baby dragons. Their song has just begun, but will it end before we get to the chorus?

#2. They Have a Lot More in Common Than We Think

Both characters have gone through similar events before coming together in season 7. One of the biggest overlaps is resurrection. Though we know that fire cannot kill a dragon, anyone else would have died after walking into Drogo’s pyre. But Dany was re-born along with her hatched dragon eggs. Jon, on the other hand, was actually stabbed to death, but was still brought back to life thanks to Melisandre.

#3. Dany and Jon Lost Their Lovers in a Similar Way

Drogo was put in a vegetative state by a witch, and Dany killed him as a sign of mercy, before burning his corpse, and the witch. Jon lost Ygritte in a battle at Castle Black, as she was shot by Olly with an arrow. Though it took him longer to avenge her death (and he had more selfish reasons to kill Olly), Jon took Ygritte’s body beyond the Wall and burned it in a pyre.

#4. They Can Fulfill the Azor Ahai Prophecy

The reincarnation of the legendary Lord of Light was supposed to save the Seven Kingdoms from the White Walkers. As it was said, the hero was born of smoke and salt, under a bleeding star. “The Prince (or Princess) That Was Promised” that Melisandre mentioned throughout the series could be either Jon or Dany. However, there is also a belief that their child is Azor Ahai, thus making the possibility of Jon and Dany’s wedding even more interesting.

#5. They Believe in Making the World Better

Daenerys saved hundreds of slaves and various others who now follow her because they believe in her, not because they have to.  As Cersei said, she sees herself more as a revolutionary than a monarch. Jon is not much different. He bonded with the Wildlings, and sees the benefits of having them as allies instead of enemies. Showing them that level of respect gave Jon even more support both as King in the North and in his fight against the White Walkers.

There are a lot of questions and theories surrounding Game of Thrones season 8 and fans have already started speculating the fate of each character. But the biggest question on people’s minds is: Will Dany and Jon look at each other the same way after they find out they are related? Some believe that the revelation that Jon is the true heir to the throne will have a greater impact than Dany being his aunt. Others think that Jon and Dany’s boat scene will result in a child that the Mother of Dragons won’t tell the King in the North about. Whatever might happen, a storm will definitely hit —but the aftermath won’t be seen for at least a year!