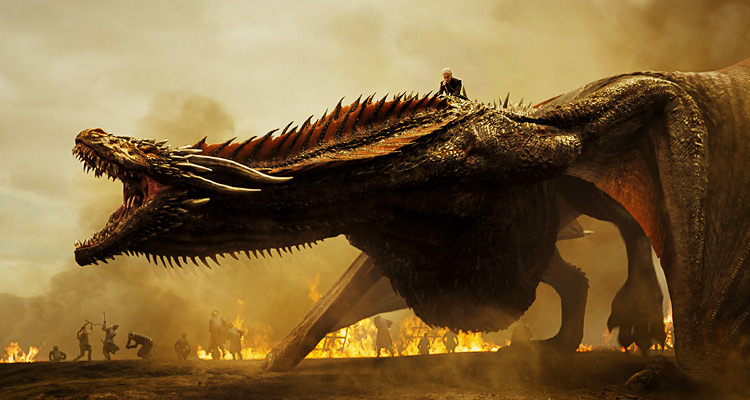 The Game of Thrones finale aired, and though there were still some surprises, we finally got what we wanted: Jon and Dany together, Cersei fighting with them, and Littlefinger dead. But there was something we did not expect! Did Tormund Giantsbane die? Find out more Game of Thrones season 8 spoilers, right here.

Let’s talk about the Wall coming down! And by none other than our very own Viserion, who is now sired to the Night King. Tormund and Beric were on watch when it happened, and it looks like Tormund might have died under the collapsing debris. But, in true Game of Thrones fashion, we will have to wait until season 8 to know what really happened! In the meantime, here are some reasons why we think he might be alive, along with some other GoT season 8 spoilers.

HBO, along with David Benioff and D.B. Weiss, had a lot of hurdles this season with hackers and leaks threatening to decrease viewership. With so much content released before the episodes aired, many fans pulled a Bran and already knew what to expect. With that being said, others managed to avoid the spoilers and ratings for the show did not suffer! We are still more than excited for GoT season 8, which is predicted to air sometime in the summer of 2018 or even 2019. However long the wait, we want answers to Tormund’s death and a lot more, so we are in for the long haul!

What in the Seven Hells were Tormund and Beric doing at the edge of the wall when they knew the threat of the White Walkers?! When Tormund saw a cloud grow among the white snow and saw Night King’s army march towards the Wall, he knew something bad was about to go down!

Maybe Viserion and his blue fire threw him off  —especially seeing the Wall blow up like it was nothing! Beric and Tormund were the first to lay eyes on this destruction, and before they could warn anyone else, the structure, along with its watch cabins, started shaking and came down hard. The scene ended in a flurry of snow and the undead army walking to the other side of the now broken wall, leaving fans wondering if Tormund died.

When we take a closer look, it seems as though Tormund watched the Wall come down a little further ahead than we thought, which means he could have escaped the debris damage and saved himself. Giving Tormund Giantsbane as insignificant a death like this seems unrealistic (and unfair). If that was their plan all along, they could have just given him a death-by-ice-bear in episode 6! But it is Game of Thrones after all, and you can never speak too soon!

Another reason to keep Tormund alive is Brienne. We know he likes the warrior, and considering producers have been kind to fans’ pairing requests, we see no harm in Tormund and Brienne reuniting in GoT season 8!

As far as GoT season 8 goes, we know that Jon is now officially the heir to the Iron Throne, but as always, he will be the last to know. Dany does not know that she is Jon’s aunt, which may make for an interesting season. As romance builds between them, the twin romance in King’s Landing might come to an end. We already know that Cersei and Jaime are slowly drifting apart, but fans might be asking too much for it to be at Jaime’s hands.

We might get to see a little more of the Rhaegar-Lyanna story in the upcoming season, as Jon will have questions if Bran ever gets around to telling him who his parents really are. We could also get to see what happened during Robert’s Rebellion.

Meanwhile, fans are also wondering about the Red Priestess, Melisandre. She still has some news to deliver, plots to concoct, and clarifications to give on The Lord of Light, which might resolve the Azor Ahai question for good. We know the story behind the legend, but we should learn more in season 8, so we can all sleep peacefully!

Game of Thrones has been a part of our lives for years now, and what we can expect from the next season can only be imagined! The next season is also said to have only six episodes, though each is expected to run between 1.5 to 2 hours. Considering the length, production value, and multiple location shots, the wait might be longer than usual. So, be prepared that GoT season 8 may premiere towards the end of next summer, or even 2019.