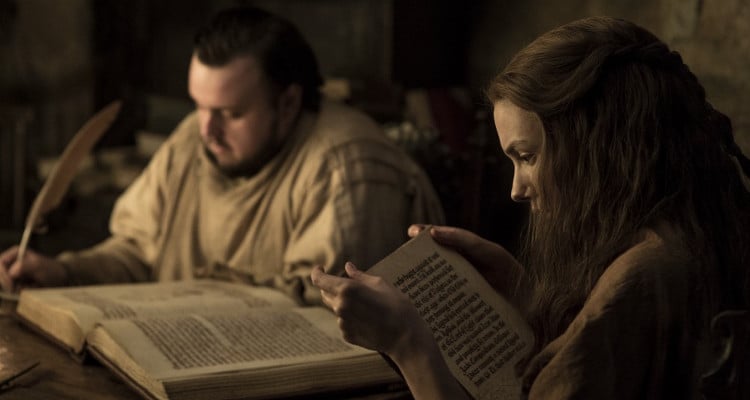 After six seasons of fantasy madness, Game of Thrones fans have become quite adept at predicting intrigues in the Seven Kingdoms. Perhaps Melisandre can learn a thing or two about forecasts from these Throners! A warning for those who haven’t caught up yet: possible spoilers ahead!

Three episodes in and Game of Thrones got the much-anticipated meeting between two important characters in “The Queen’s Justice.” The Game of Thrones season 7, episode 4 preview is out, and with it came some interesting new theories. Westeros is preparing for war and Throners are holding their breaths to see how the three gamechangers in Westeros will play the Game of Thrones. The following fan theories might possibly come true, or at least Throners wish they would!

Enough with the Clever Plans

The preview for GOT season 7, episode 4 titled “The Spoils of War” is out! Seeing as how fast-paced this season already is, it looks like it’s time for battle. Cersei has so deftly taken out Daenerys’ allies- The Greyjoys, The Martells, and the Tyrells. The preview shows that a now frustrated Daenerys is going to heed Olenna Tyrell’s advice and “be a dragon.”

Dany is done with the “clever plans,” as she says in the preview, which prompts us to wonder Tyrion’s opinion on it. But can she do go to war right away? A foreign army of Unsullied and Dothraki might win Westeros, but can it win the people? Can Dany convince her new ally, Jon Snow to fight a southern battle?

Also Read: Mark Gatiss on “Game of Thrones:” The Actor Playing Mycroft Holmes Works in the Iron Bank of Braavos!

“The Spoils of War”


Cersei’s machinations continue. She now no longer has the Iron Bank breathing down her neck. But that deal stands only if she brings the gold from Highgarden, where Jaime and the Lannister forces defeated the Tyrell stronghold.

But at the end of “The Queen’s Justice,” Olenna used her dying breath to plant the last seed of doubt in Jaime’s mind by revealing she killed Joffrey. Now, with no reason to kill Tyrion (except that Tyrion killed their father), Jaime may prove season 7’s popular theory true by going from Kingslayer to Queenslayer. If Throners remember, Jaime slayed Dany’s father, the Mad King, when he was out of control. Now, he fears that Cersei is getting to that point.

The titular “spoils” of this episode may be debated. Spoils of a war go to the victor, unless it is stolen. Perhaps Dany will get back at Cersei for stripping away her allies, by stealing the gold from Highgarden. But let’s not dwell too much on assumptions. After all, many interpreted the previous episode’s synopsis that Cersei returns Euron’s gift of Ellaria Sand. But after last night’s episode, we come to know she returns the favor to Ellaria for killing her daughter, Myrcella.

Since we’re talking about spoils, Euron has his niece (Yara Greyjoy) in humiliating captivity and it’s up Theon to save her. The preview clip showed Theon and a few Greyjoy survivors pulling up on a beach somewhere. Where are they going and does it end with a dead Euron? Pilou Asbaek, who plays Euron, has hinted that his character won’t live long. So, he’s clearly not holding back on showing his Ramsay-like tendencies!

A Mountain of Dragonglass

Jon is seen lighting a torch inside an underground cave with Dany in tow. So, it looks like they’re doing some dragonglass hunting! Maybe if she sees it she’ll understand that the threat of the White Walkers is real. Though how someone who rides dragons and walks through fire could not believe in an army of frozen undead is beyond us!

But with Cersei besting her at every step, it looks like Dany has no time for dragonglass! She’s seen on the shores of Dragonstone ready for war, which also prompts us to ask, when will Dany or Jon learn of his true parentage? These two (and possibly Tyrion) are each other’s only living relatives and they don’t even know it!

But Bran, so far the only one who knows Jon’s Targaryen connection, is back in Winterfell. He might want to spill the beans soon. However, it doesn’t look like Jon is riding back home to see his brother anytime soon. Speaking of Winterfell…

Creepy, Thy Name is Littlefinger

The winter bootcamp seems to be going strong. Pod takes a mean stumble while training with Brienne, who is not going easy on him. How their scene plays into the next episode is anyone’s guess. But what we really want to know is what is Littlefinger up to now? Baelish is briefly seen giving a sinister look and Sansa is in a room, writing a letter. These flashbacks give us all kinds of chills. She could be writing to Jon, or maybe even Cersei, and she may be playing right into Baelish’s hands.

Creepy old men aside, we’re going to be spoiled by another Stark reunion. Arya is spotted in a blink-and-you-miss-it moment looking over at Winterfell. So, it’s possible she might be reuniting with Sansa and Bran soon. Oh, how we miss her banters with Sansa! But if a crucial fan theory is to be believed, Arya’s return to Winterfell can change the whole tide of the great war. Fans theorize that Arya might kill Littlefinger! Baelish is also seen pulling out his Catspaw dagger, which means he’s getting ready to kill someone else.