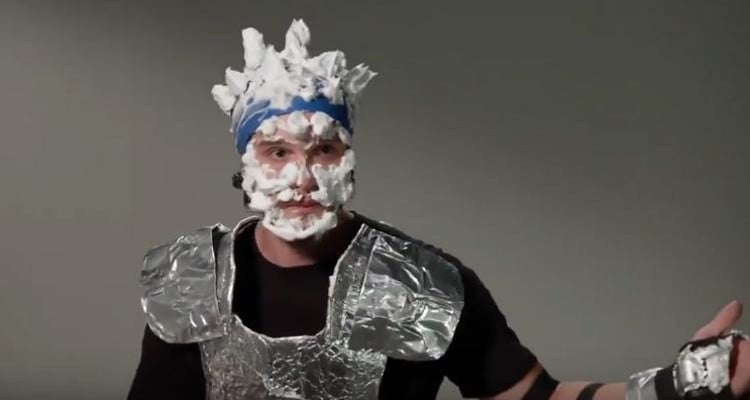 Through the highs and lows of it all, Game of Thrones is as funny as it is dramatic. Season 7 has been the most dramatic yet and we’re not just talking about the awesome dragon battle or Jon Snow and Daenerys’ interactions! Hackers tried to dampen the enthusiasm, but Game of Thrones season 7, episode 6 still got the viewership it deserved, even after all the leaks. So, it looks like HBO gets the last laugh! Speaking of laughs, did you know there were some rather cool Game of Thrones season 7 memes on the Internet? When you add the greatest TV show ever to the best use of Internet mockery, some of the greatest memes surrounding the show are birthed.  Since episode 6 titled “Beyond the Wall” ended on such an epic note, we should celebrate with some GoT memes and a special mention of the Night King. If he’s dancing to Drake’s “Passionfruit” he can’t be such a bad guy, right?

#2. Varys’ birdies told us Bronn got the Bronze.

#3. If the Night King is busy at the Olympics, everyone is saved!

Anyone have the Night King’s contact info so we can recruit him to throw javelin? #GameOfThrones pic.twitter.com/7uUiEDL1xs

#4. Do followers of the Lord of the Light travel at the speed of light?

#5. And he wonders why he’s stuck in the friend zone…

#6. The real tragedy of leaks.

If Jon Snow had been turned into a white walker will he become Johnny Walker or Snow White? #GameOfThrones

Clegane: Can I come beyond the wall as well?

Jon: sure man, just keep your guard up and don’t do anything stupid

#9. He’s just eager to get back and eat some chicken!

If six guys fight 20,000 dead people and one dragon flies 80 mph, how dumb does Hound have to be to throw one stone? #algebra #GameOfThrones

#10 For that guy, quite literally.

The Night King: Why yes, I did happen to have four incredibly large iron chains just lying around–are you saying you don’t?? #GameOfThrones

#12. He may know nothing, but he’s going to avenge his cousin!

Congratulations to Gendry and the Night King on their First Team All-Westeros Track and Field selections! #GameOfThrones pic.twitter.com/oPdQQBqLBs

#17. Clegane to Night King’s resurrected dragon: “But did you die?”

Viserion is dead, Jon has hyperthermia, and The Night King has a dragon all because The Hound can’t behave like an adult ???? #GameOfThrones

#18. The grooviest King beyond the wall.