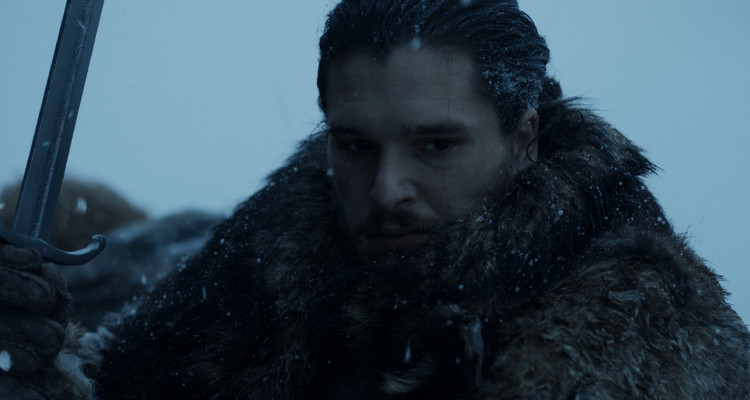 A small detail that might have escaped some people (but certainly not hardcore fans) in Game of Thrones has sent fans into a frenzy. In GoT season 7 episode 6, Jon Snow’s sword, Longclaw, opens its eyes as he is trying to get out of the frozen lake. What does this mean? Does Longclaw have a life of its own? Is Longclaw really Lightbringer?

Game of Thrones season 7 episode 6 gave some fascinating points for fans to think about. Before Jon Snow surfaces from the frozen lake, the camera focuses on his sword, Longclaw. At the precise moment when Jon surfaces, Longclaw’s eye opens, and fans do not believe that this is a coincidence. Only a few picked up on the detail, but there are countless theories about what Longclaw’s eyes opening might mean. Is Longclaw Lightbringer? More details are bound to be revealed as the show goes on, but for those who cannot wait, keep reading for some Game of Thrones season 7 finale spoilers.

Longclaw is made of Valyrian steel and once belonged to House Mormont. Jeor Mormont, the Lord Commander of the Night’s Watch, gave it to Jon Snow after he saved Mormont’s life from a White Walker. Before giving him the sword, Mormont changed the pommel from a bear to a wolf. With Jorah Mormont’s refusal to take the sword back, Jon is the rightful owner of Longclaw, and it looks like they are connected.

One theory is that a soul is trapped inside Longclaw. Another is that Bran is somehow connected to this. Others believe that when Melisandre brought Jon Snow back from the dead, she might have also given a new life to Longclaw. Whatever the reason behind Longclaw’s eye opening is, one thing is clear: Longclaw is certainly alive! Jon Snow’s sword’s eyes opened, and there will definitely be more detail on that as the show progresses.

A Birth in Fire

One more theory says Longclaw is Lightbringer, the sword of the legendary Azor Ahai who is prophesied to be the “Prince That Was Promised,” and fight the darkness. According to the prophecy, Lightbringer will be pulled out of the fire by Azor Ahai. With several contenders as to who will wield Lightbringer, there are many characters who fit the bill!

It is not clear whether Longclaw is Lightbringer. One school of thought believes that Longclaw is just nothing more than a sword made of Valyrian, while others claim it is another form of Lightbringer. Fans are trying to figure out the mystery behind Longclaw’s eye opening, and it looks like they will find some answers in the finale!