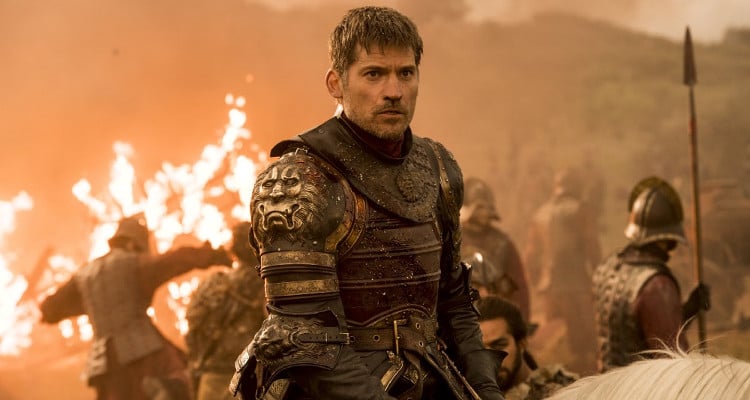 Let’s begin thousands of years ago, way before Aegon’s Conquest, there was the legend of Azor Ahai, the Lord of Light, who defeated the White Walkers with Lightbringer, a sword of fire. In the legend, Azor Ahai worked 30 days and nights to make a sword, but the blade shattered when it was tempered in water. He tried again, this time for 50 days and nights, and drove it into a lion’s heart to temper, but the blade broke again. Then, after working on the sword for 100 days and nights, he pushed the sword through the beating heart of his wife, combining her soul with the steel, thus bringing Lightbringer to life.

In the Prince That Was Promised prophecy, it is said that the reincarnation of Azor Ahai will be born from “salt and smoke” and take his vengeance upon the White Walkers.

Melisandre was certain that Stannis Baratheon was Azor Ahai But after his death, she had reason to believe that Jon Snow is the fabled prince. Now, however, people have thrown another name into the ring: Jaime Lannister.

Jaime almost lost his life this season, when Dany and Drogon gave the Lannister army an unexpected surprise. His life was saved by Bronn, and some are taking the salt water and smoke from the dragon’s fire as a sign of him being reborn, according to the prophecy. As for how he compares to the Lord of Light, Jaime releasing Tyrion might be seen as a way of him killing a lion.

However, for Jaime Lannister to be Azor Ahai, he would have to kill his beloved. With the growing tensions between him and Cersei, it is possible that she could meet an unexpected end at the hand of her brother.

There are still some things that are missing from the prophecy, but as we know, the translation from High Valyrian might differ. After all, we now know that it could be the Prince or Princess That Was Promised! If Jaime is, in fact, the Lord of Light, then we’re all in for one amazing season finale!