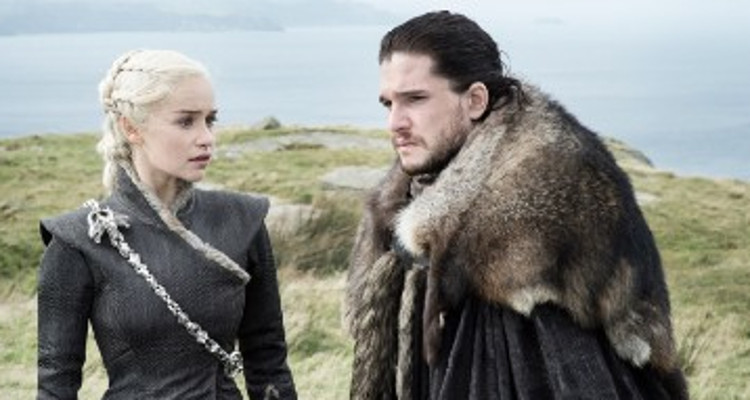 As if Game of Thrones and HBO don’t have it hard enough already, HBO Spain accidentally leaked a full hour of episode 6 on Tuesday. This happens as the network is still dealing with the aftermath of a cyber attack last month. Spoilers of episode 6 have made it online, though HBO is still keeping the titles of the last two episodes a secret.

Season 7 featured the longest and shortest episodes of the series. While episode four, “Spoils of War,” was the shortest at a mere 50 minutes, the season 7 finale will be over 70 minutes, and will break the record of the longest episode which was once held by the 69-minute long season 6 finale. Episode 6 will be the second-longest episode of the season to date. With such lengthy sequences, we can expect a lot of action in the coming episodes!

Spoilers have made it online by those who got their hands on the leaked episode. As we saw in the previous episode, Jon Snow, Jorah, Gendry, Tormund, Beric, Thoros, and The Hound go beyond the wall to get a White Walker. The preview showed the band of seven heroes and the Brotherhood Without Banners fighting a snowy battle against the undead. The expedition is bound to be with casualties because Jon and gang come face-to-face with the Night King himself.

Things will turn icy in the coming episodes. In Winterfell, Littlefinger is very devilishly driving a wedge between Arya and Sansa. Though both are wary of Baelish, they are no match to his cunning and are falling for his intrigues. If the spoilers are to be believed, Arya confronts Sansa about that letter Baelish let her find. As if that isn’t going to be tense enough, Arya’s murderous skills are getting dangerous.

Jon and his not-so-merry men have it the worst. The weather is their worst enemy and they might be grossly outnumbered by dead people they don’t have the means to kill. We’re looking at at least one dead hero here! Judging from the season 7 trailer, there are scenes that haven’t been shown in the episodes yet, giving Jon Snow and The Hound the greatest chances of survival, because the two are seen in King’s Landing in the trailer. Does that mean they capture a Wight to show Cersei?

Over to Daenerys and Tyrion, they have a talk about her tendency to use her dragons indiscriminately. While he’s doing that, he’s also worried about the future of House Targaryen. The exact conversation might mean something for Jon-Dany hopeful fans. Some of the screen-grabs show Dany in winter clothing. Does that mean she goes to rescue Jon? Remember, Game of Thrones costumes are a major clue to the terrains and allegiances. There’s a heart-stopping picture that has made it on social media where the Night King is standing in front of a dragon. Is it one of Dany’s children or is the long-running theory that the Night King has a dragon of his own coming true?

Another major spoiler for the unprepared, another character is returning. In league with The Hound and Gendry’s comebacks is another Stark. Avid Throners would recall a certain Stark who arrives at the opportune time.

The recent episodes make no mention of game-changers like Theon, Yara, and Euron Greyjoy. As far as we know, Grey Worm and the Unsullied are still trapped in Casterly Rock. Cersei has plans to use the sellswords known as the Golden Company which have a Targaryen connection. These plot twists might come to fore in the season 7 finale.

The season 7 finale is bound to be epic and don’t let all the spoilers online ruin it for you. Game of Thrones is after all one thing we cannot get enough of.