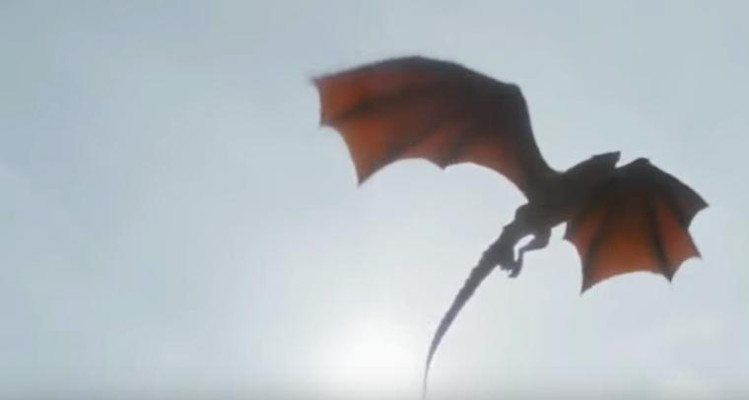 Game of Thrones season 7 has gone through a lot of issues. Adding to the leaks and hacks is yet another spoiled episode —this time released by HBO Spain. They accidentally aired the much awaited GoT season 7, episode 6 five days early! Since its leak, there has been a rumor surrounding a character’s death. Does Dany’s beloved baby, Viserion, die? We have the latest details about the leaked episode. Throners beware: We have some major GoT season 7, episode 6 spoilers ahead!

HBO Spain accidentally aired season 7, episode 6 of GoT, and boy did they make a huge mistake! It is reported that the released video is, in fact, the episode that will air August 20! The only thing we can do now is address the rumors surrounding the episode. We promise not to spoil too much, but there are some jaw-dropping revelations that might change the course of the game as we know it! Read on to know if Viserion dies, and a lot more about the Game of Thrones season 7, episode 6 leak.

Also Read: “Game of Thrones” Season 7 Episode 6 Leaked by HBO Spain: The Ending Will Shock You!

Fans of GoT do not even want to think of Dany losing one of her dragons, but it is speculated that Viserion is not only targeted in the next episode but possibly dies! A fight that may have begun when Jon Snow went looking for a White Walker, might lead to the death of one of his companions, as well as a mighty beast. If and when Snow faces trouble with the army of the dead, Drogon, Rhaegal, and Viserion are his only hope of being rescued, with their mother at the helm. The blossoming relationship between Dany and Jon is something Throners have wanted to see for years. There are already hints at a relationship between the two, and we can’t wait to see how it develops!

A post shared by InstaThrones (@gameofthronesnotofficial) on Aug 9, 2017 at 2:05pm PDT

Jon left Dany on good terms, but there were definitely sparks between them. Could there be something more between them? Will those feelings compel Dany to send her dragons to help Jon? After Bran’s vision of the walking dead in growing numbers, we all can already speculate that Jon will have to strike first if he wants to convince Dany and Cersei of the real threats the Seven Kingdoms are facing.

The connection between the King in the North and the Mother of Dragons has passed friendliness, and we can’t help but wonder how far it will go. With that being said, HBO Spain’s accidental release has caused fans to wonder about the fate of Dany’s dragons.

In pieces of the leaked episode that are floating around the Internet, fans are adding to the puzzle, hinting at a war between the undead and Jon’s men. This run-in might lead Jon to ask for Dany’s help. When it arrives, the Night King might be waiting with a plan of his own, and could attack Viserion, possibly killing him for his own gain.

People who follow GoT closely know what could happen if the White Walkers have a dead dragon! But Viserion becoming an ice dragon is all just a speculation. So, though the death of Dany’s dragon is a possibility, whether or not he really dies is anyone’s guess.

We hope that Viserion will survive and these theories are all just fan fiction —but anything can happen. It’s Game of Thrones after all!

Whether or not you’ve watched the leaked episode yet, you can be sure of one thing: Game of Thrones season 7, episode 6 is going to be one of the best this season! It’s hard to believe season 7 is already coming to an end!