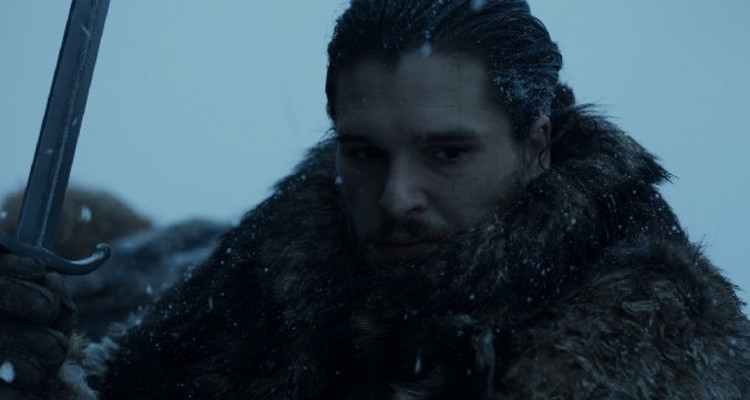 Game of Thrones season 7 episode 6 accidentally leaked online by HBO Spain. The spoilers are everywhere and people have many questions. Does Jon Snow bend the knee or does he die in season 7? For those who want to wait until the episode airs, consider yourself warned: This piece contains spoilers of the unaired episode.

While Game of Thrones leaks and spoilers flood the Internet, it’s getting more and more difficult to dodge them. Numerous spoilers for Game of Thrones season 7 episode 6 “Beyond the Wall” have made it online. HBO also released official photos from the episode. If you haven’t caught up, it’s going to be an epic episode —especially for Jon Snow and Daenerys fans. There are major questions about the fate of these two characters. Tread with caution “Beyond the Wall.” We’re bringing you Game of Thrones season 7 episode 6 spoilers.

Does Jon Snow Bend the Knee?

Since spoilers have made it online, HBO is working around the clock to take them down. But a few have escaped and there are major revelations about the upcoming episode. For those who believe the tensions between Jon Snow and Daenerys are melting into something else, “Beyond the Wall” has a huge development.

Everyone is curious if Jon will finally bend the knee for Daenerys the way his ancestor, Torrhen Stark, bent the knee to hers. Torrhen was the last known King in the North before Robb Stark’s brief reign. Dany is expecting Jon to pledge his allegiance since they met, but he refused. He needs to be in a position of control to lead the Northern bannermen against the White Walker army and maintain the North’s autonomy against the Lannisters.

Only we, the viewers, know that Jon may have a bigger claim to the Iron Throne than Dany, and she might be the one who has to bend the knee to him. But as Tyrion pointed out, Jon doesn’t have much reason to not ally with Dany, especially since she is giving him the dragonglass he badly needs. And she’s willing to conditionally lend him more firepower, “I will fight for you. I will fight for the North. When you bend the knee.” This is when Jon points out that the Northmen won’t accept a Southern ruler, also implying Cersei.

But Dany takes a jab at his ego, “They will if their king does. They chose you to lead them. They chose you to protect them. Isn’t their survival more important than your pride?” Fans loved pointing that Dany’s words were the exact thing Jon told Mance Raydar in season 5. And Mance’s refusal to bend the knee for Stannis Baratheon is due to the fear of losing the respect of the Wild Folk that led to Mance Rayder’s death.

Not that we’re saying Jon Snow will die again. Which brings us to ask….

In a perfect world, the main character wouldn’t die. But this is Game of Thrones we’re talking about! Characters die at their highest point. It’s a given that at least one of Jon and his gang of seven won’t make it out alive from their fight with the White Walkers in episode 6.

The question is: Who dies out of Jon, Jorah, Gendry, Beric, Tormund, Thoros, and The Hound? We’ll have to wait until Sunday to find out. But there are screen-grabs of Jon Snow coming out of a near-death situation. Official photos released by HBO also show Dany in snazzy winter-gear and her dragons taking off somewhere. Could she be on her way to rescue Jon? We’re sure she won’t let him die —at least not until he bends the knee.

Some spoilers indicate that though Jon is yet to bend the knee, he and Dany find a way to form a temporary partnership to defeat the White Walkers. So that’s good news, right? Jon and Dany have several parallels that point out their similarities. As Jon tried to convince Mance to bend the knee, he knew that certain allegiances are vital. That parallel is said to be an indication that Jon might bend the knee in the coming future.

Besides, we think Jon doesn’t have to bend the knee if he just marries Dany. (*nudge*nudge*wink*wink*)