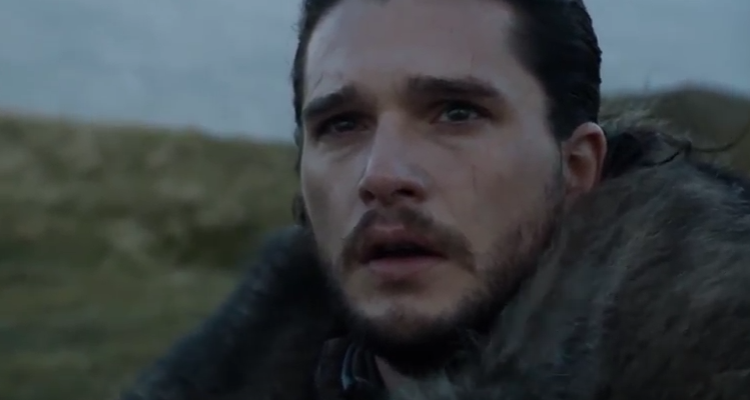 Let’s start this Game of Thrones season 7, episode 6 summary by acknowledging the wondrous tragedy that is Game of Thornes. There’s no other way to explain this show, and there’s no episode other than this that could embody the term “sweet sorrow” better. The episode begins with Jon Snow and his posse heading out beyond the wall, on their mission to capture a wight—does anyone else think there has to be a less risky option to convince the queens? Well, it doesn’t matter now, anyway. On their travels, they encounter an ice bear that nearly ravages Thoros of Myr, but somehow, he manages to press on with the mission after his squad defeats the bear.

The group eventually comes across a manageable number of wights and white walkers, and they strategically pounce. They put up a fair fight, but as soon as Jon Snow strikes the white walker with his dragon glass weapon, the rest of the beastly wights fall to the ground. This leads the group, and viewers to believe that once a white walker dies, all of the undead soldiers they’ve created will die as well. The last remaining wight lets out a few howling screams as they capture him, to which the entire army responds to.

Jon Snow and his colleagues take off running, but not before sending Gendry back to send a raven to Danerys—he knows that they’ve found themselves in a bind, and that the dragons are their only hope. The group finds themselves on a mound surrounded by cracking ice. This sounds bad, but it’s the only thing keeping the entire undead army from charging. Unfortunately, Thoros freezes while waiting with them for Dany! After some time, the ice freezes over and the army charges; Jon Snow, Jorah, Tormund, Beric, The Hound, and the rest of the gang put up a valiant fight, but are starting to be overtaken when Dany and all three of her children show up to save the day.

The dragons take out a good portion of the army, and Dany lands to take Jon onto the back of Drogon to get out of there. However, Jon is too busy fighting the wights and refuses. With all three of her dragons present, the Night King sees an opportunity, and spears one of them with an ice arrow! While we aren’t completely sure which dragon he claimed, this Game of Thrones season 7, episode 6 analysis suspects it was Viserion. Dany escapes with Drogon and Rhaegal behind, forced to leave Jon behind.

While the rest of his group manages to escape as well, Jon is left behind in freezing water. He’s able to climb out, but it’s clear that a freezing Jon has no chance against the wights. Seemingly out of nowhere, his uncle Benjen appears on a horse with his infamous burning chain. He puts Jon on the horse and sends him back to Dany, and he stays behind. At the end, it seems like he becomes overtaken by the wights, but do we ever really know what happens in GoT unless we see it for sure with our own eyes?

Heavy episode, we know. We’re glad we’ll have a little extra time to get used to Viserion being an ice dragon before the next episode. Tune into HBO next Sunday to watch the season finale, and longest episode of the series.