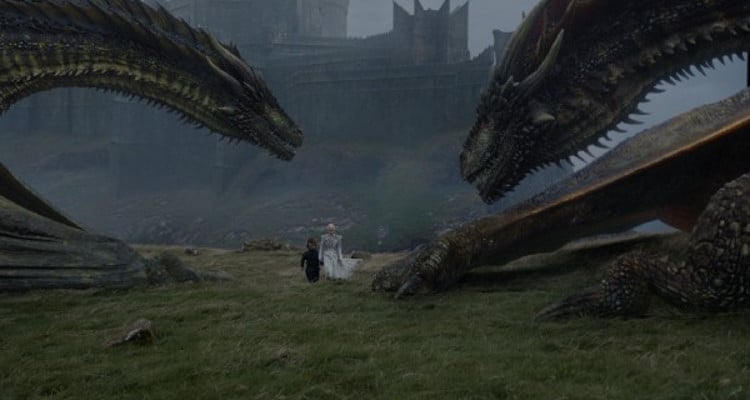 HBO in Spain accidentally leaked Game of Thrones season 7, episode 6. The episode was supposed to air on August 20, and though some loyal fans will wait until Sunday to watch the episode, others could not wait!

The Birth of Dany’s 3 Dragons

In season 1, Dany marries Khal Drogo of the Dothraki, and among her gifts were three dragon eggs, given to her by Magister Illyrio. He tells her that they have been turned to stone over time, but are still beautiful.

When Khal Drogo dies, Dany adds her three dragon eggs and a living sacrifice to his funeral pyre, and steps into the blaze after giving the remaining Dorthraki clan a choice: Either put their faith in her and let her lead them, or freely leave. When the fire dies down and the smoke begins to clear, Dany is seen with three newborn dragons, thus rightfully earning the title: The Mother of Dragons. She names one Drogon, after her late husband, the second Viserion after her brother Viserys, and the third Rhaegal, after her other brother Rhaegar.

Which Dragon Will Die in Game of Thrones?

It is said that Viserion will be dragged out of the lake by the White Walkers, and will be revived by the Night King, ultimately turning him into an ice dragon. As the White Walker’s dragon, Viserion might prove to be a greater threat to Dany and Westeros. If the Night King has his own dragon, there is no telling what he can do!