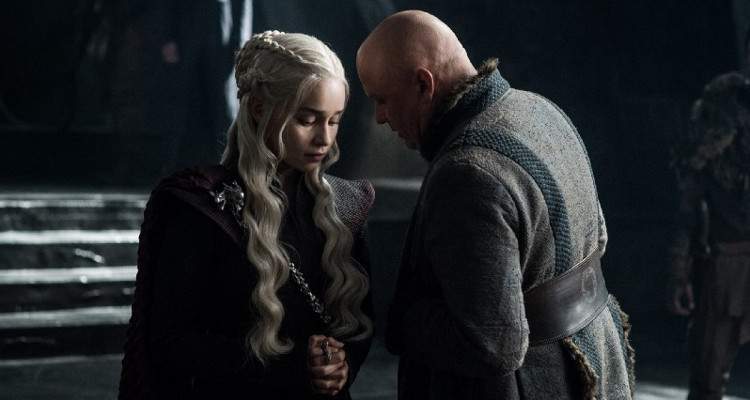 Another exciting episode of Game of Thrones will air next Sunday on HBO. Because a week seems like a long wait to most, we have some Game of Thrones season 7, episode 4 spoilers right here.

Once an episode of Game of Thrones airs, the wait to see what happens next seems endless! The Game of Thrones  season 7, episode 4 preview aired right after last night’s episode, and boy does it look good! Next week’s episode is called “The Spoils of War,” and we have the spoilers right here.

Though the preview is really short, theories about what will happen are running wild. By the time the episode airs, we will be able to figure out which theories are right and wrong. Before we get into some possible Game of Thrones spoilers, take a look at our Game of Thrones season 7, episode 3 recap.

Daenerys asked Jon to bend the knee, but he refused to do so and told her about the White Walkers, which she doubted. Davos (Liam Cunningham) tried to tell Daenerys that Jon was brought back to life, but was silenced by the King in the North. Tyrion (Peter Dinklage) manages to convince the Mother of Dragons that Jon would not deceive her.

In the newest trailer, we see Daenerys in crisis saying, “All my allies are gone, I’m losing” to Jon Snow on the shores of Dragonstone, in reference to Euron’s attack on Yara and the Sand Snakes in episode 2, and Jaime’s attack on the Tyrells in episode 3. It looks like Daenerys might negotiate with Jon, even if he is not ready to bend the knee.

We also see Cersei (Lena Headey) strike a deal with the Iron Bank saying, “My only venture at this moment is re-establishing control over this continent and every person on it.” Arya Stark (Maisie Williams) is finally seen arriving home at Winterfell, Theon Greyjoy (Alfie Allen) makes it to shore, and Podrick (Daniel Portman) gets in a brawl.