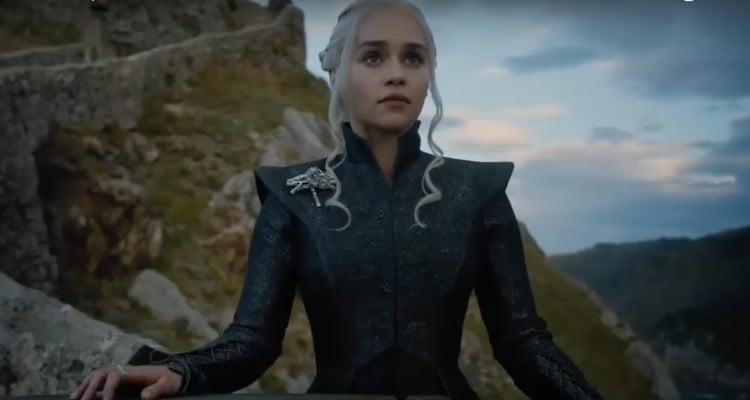 GoT season 7 is getting more amped up with each episode, and the story is so detailed that we have to go back to understand the nitty-gritty behind the strategies and schemes. If you’re also confused, then here’s a detailed GoT season 7 episode 2 discussion of “Stormborn.” If you are in the mood for spoilers and can’t wait to watch the next episode, then read on to know more about season 7 episode 3, “Queen’s Justice.”

Well, it’s time again for another episode of Game of Thrones season 7, and fans everywhere are already speculating and contemplating the future of the show. Some might get it right, while others are in for a huge surprise! But, we all know what happened in episode 1, “Dragonstone,” so we are going to give a breakdown of what happened in Game of Thrones season 7 episode 2, “Stormborn.”

Also, keep reading if you want some spoilers about GoT season 7 episode 3, “Queen’s Justice.” If you missed the show this past weekend, then here’s a Game of Thrones season 7 episode 2 review and breakdown.

The name “Stormborn” was given to Daenerys because she was born at Dragonstone Castle in a frightening storm when her mother and brother were trying to escape during Robert’s Rebellion. So, the episode’s title suggests that Daenerys and her army are planning their attack on Westeros.

In this episode, Daenerys, along with her dragons, the Greyjoys, the Dothraki, the Dornish army, and Tyrion as Hand of the Queen, make a grand plan to take the Iron Throne back. Daenerys sends the Dornishmen and the Greyjoy fleet to Sunspear and the Unsullied to Casterly Rock but is reserved about attacking King’s Landing.

Grey Worm and Missandei confess their love for each other. They then share passions before he leaves with the Unsullied.

Meanwhile, a mysterious visitor arrives to speak with Daenerys. The person turns out to be Melisandre, who has come to give Dany a piece of advice that could help her in the conquest. After they exchange pleasantries, the two women talk about Jon Snow.

Melisandre tells Dany that she should “summon” Jon Snow to Dragonstone and hear what he has seen and gone through. Tyrion agrees with Melisandre saying that he likes Jon Snow and thinks he will make a valuable ally. As a result, Daenerys sends a raven to the North demanding Snow to kneel before her.

Meanwhile, in King’s Landing, Cersei has gathered numerous Lords and instills a fear about the “Mad King’s” daughter being ruthless. However, she was counter-questioned about the dragons and told how the Lannisters are weak because of that weapon. The Hand of the Queen said that they are working towards the issue.

Arya Stark meets Hot Pie, who informs her about Jon Snow’s kingship and she decides to leave for Winterfell at once. On her way, she is reunited with her long-lost friend, Nymeria, and asks the wolf to join her back home. But Nymeria walks away without any answer leaving Arya heartbroken.

At Winterfell, Snow gets ready to leave for Drangonstone Castle hoping to get help against the White Walkers and leaves Sansa in charge of the kingdom until his return. Although many suggested against the meeting, and Sansa telling him it could be a trap, Snow decides he must meet with the Mother of Dragons, to see if that’s true.

The episode ends in an epic battle where Euron Greyjoy’s fleet attacks Yara Greyjoy’s and emerge victoriously. Euron taunts Theon to come and rescue his sister from him, but Theon chooses to escape. We don’t know what happens to Yara, but it looks like Theon is the only survivor of the battle. 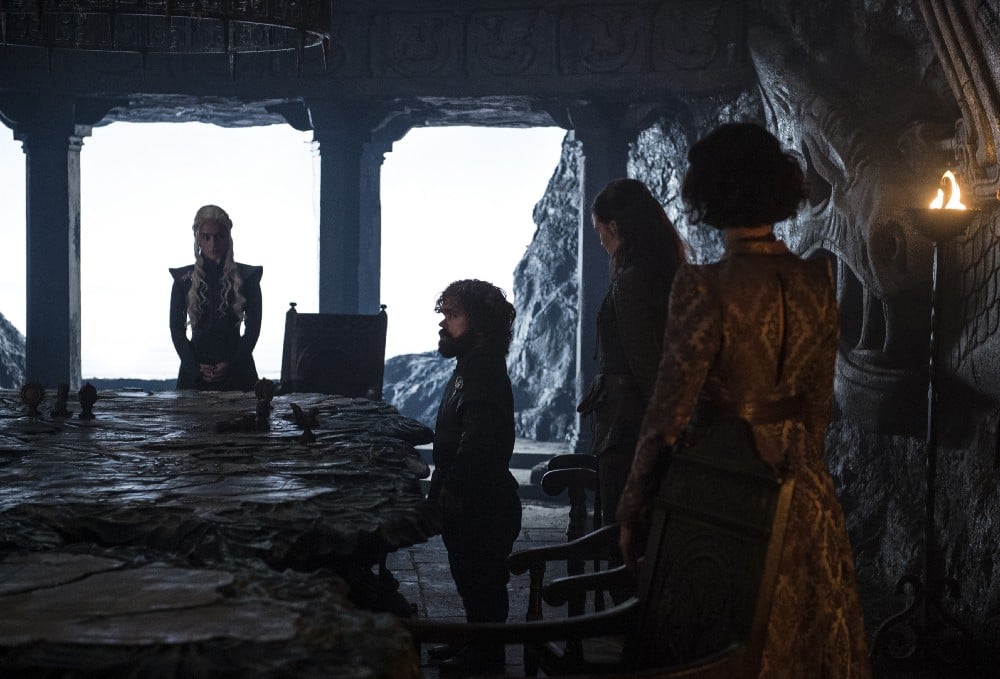 The trailer that was released by HBO shows Jon Snow arriving at Dragonstone Castle, and Dany is seen waiting for him. In King’s Landing, Euron Greyjoy is welcomed as a hero to have defeated Dany’s allies, Theon and Yara. And, Cersei declares that the battle has begun and she has “drawn first blood.”

Tyrion tells Dany that Cersei will be ready as she knows they are coming, and Daenerys declares that she was born to rule Westeros and she will. After the battle between the Greyjoys, the trailer shows Grey Worm leading the Unsullied to attack Casterly Rock, which is the ancestral home of House Lannister. And, by the looks of it, Jamie Lannister will be leading the defense.

As the title suggests, we will see one queen delivering justice. But, is it going to be Cersei or Daenerys? To know the answer, you have to watch the next episode.