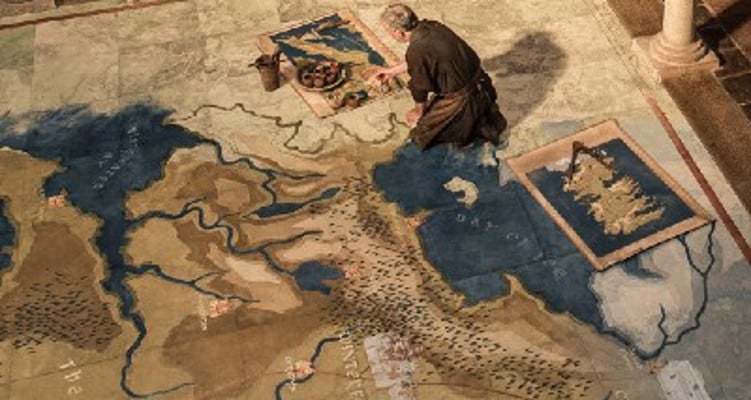 With Game of Thrones spoilers spreading like accidental wildfire, HBO shoulders a good chunk of the blame! Nonetheless, some fans have refused to give into temptation and did not watch the leaked episode. For everyone out there who wants a quick refresher before the next episode officially airs, here’s a Game of Thrones character map of Westeros.

As we come close to the end of what was a very controversial season of Game of Thrones, we know the story is headed to a deadly end. But who is on the losing side of the war? Well, that will be answered in due time, but for now, we need to remember where each Game of Thrones character is on the full map of Westeros.

With so many players in the never ending game for the Iron Throne, and some characters not even on the map of Westeros, it’s important to know where everyone is. In Game of Thrones, anything can happen, and our character map will help jog your memory before the new episode airs! 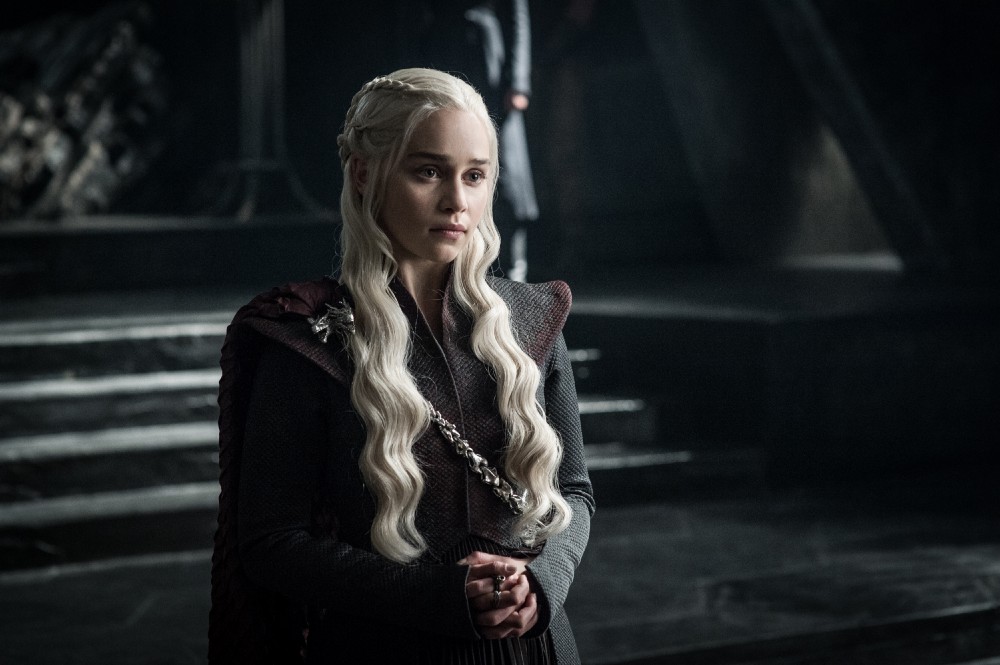 The khaleesi who parented three vicious dragons is facing unexpected bumps in the road on her way to rule Westeros. She is currently in Dragonstone, on her way to King’s Landing with the hopes of leading her allies to face Cersei for the very first time. But with Jon’s mission beyond the Wall, will she take a detour?

SPOILER: Just nine more characters till you reach the map! 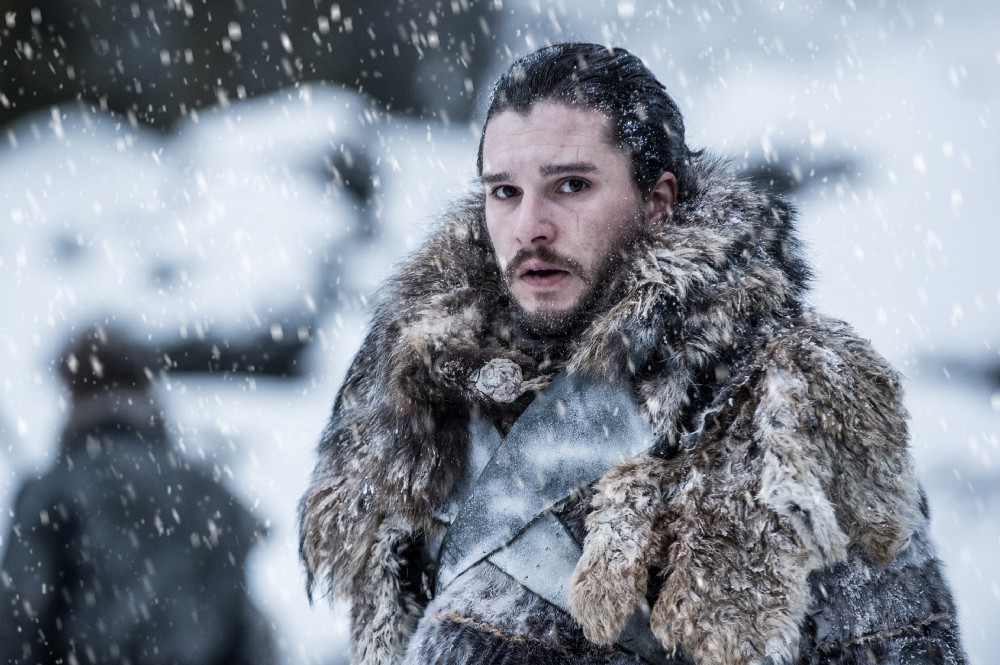 The King in the North has cemented his place among the best, trading in his bastard status for a bigger and better title. He is a key player in the game, but rather than trying to claim the Iron Throne, he wants to warn others of the threats the White Walkers possess. As of now, King Jon is on a quest from Eastwatch to go beyond the Wall in search of a White Walker, with the hopes that the Seven Kingdoms can come together to defeat the army of the undead. 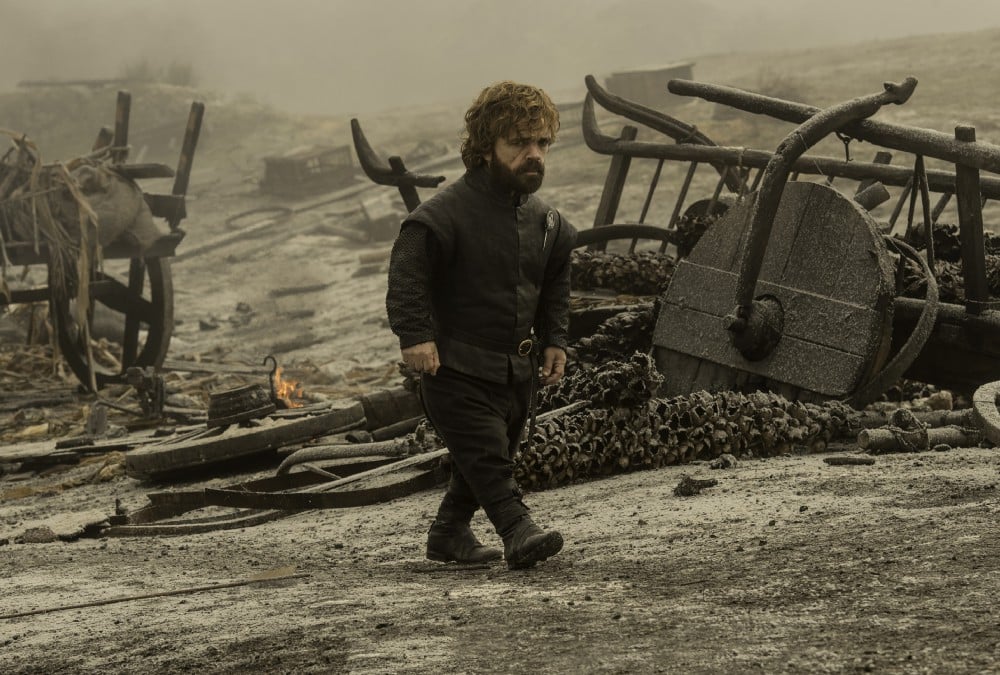 A fan-favorite from the start, the witty and cunning Tyrion is now Daenerys’ Hand, but viewers are concerned about how long his loyalties will last after the Mother of Dragons had Lord Randyll and Dickon Tarly burned alive. He is still with Daenerys in Dragonstone, and his (official) homecoming in King’s Landing is bound to be eventful! 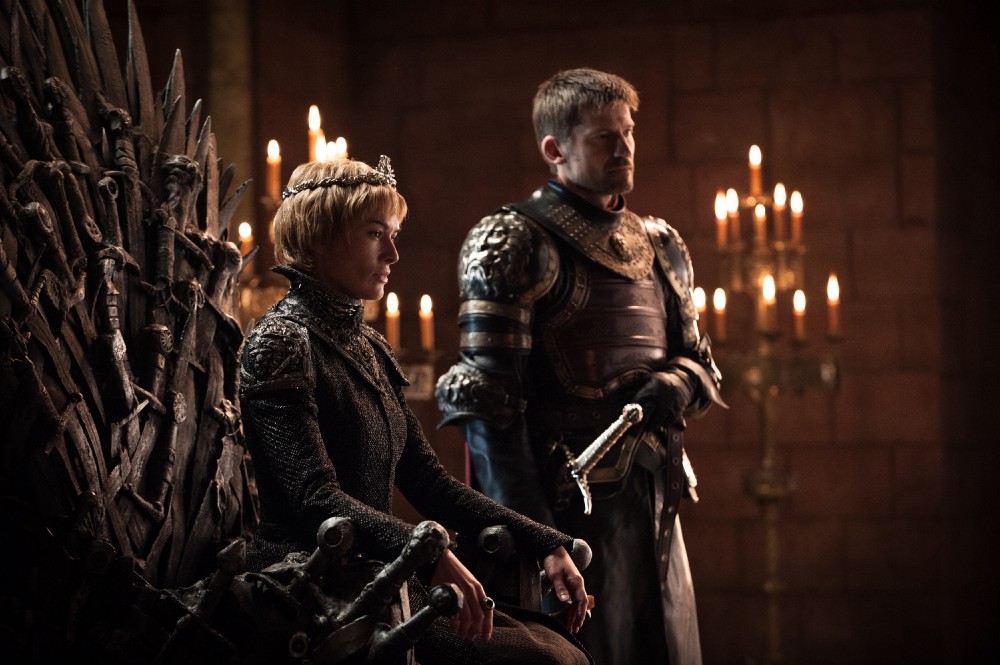 The reigning Queen of Westeros is desperately defending her crown and apparently expecting yet another one of her brother’s babies. Cersei is in King’s Landing preparing for an impending attack from Daenerys. But will she hold off on waging war long enough to hear about the White Walkers?

SPOILER: Just six more characters till you reach the map! 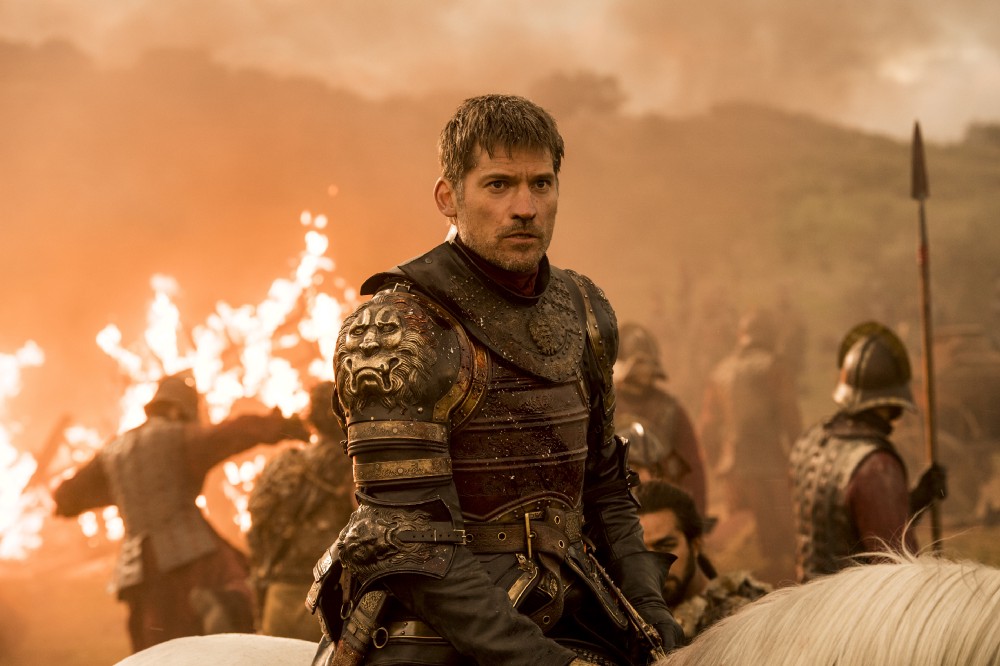 The twin Lannister is a valiant knight, and is loyally standing by his sister. He is currently back in King’s Landing after nearly being killed by Drogon (thanks Bronn!). He recently learned of Cersei’s pregnancy, but is probably not on her good side just yet after secretly meeting with Tyrion. 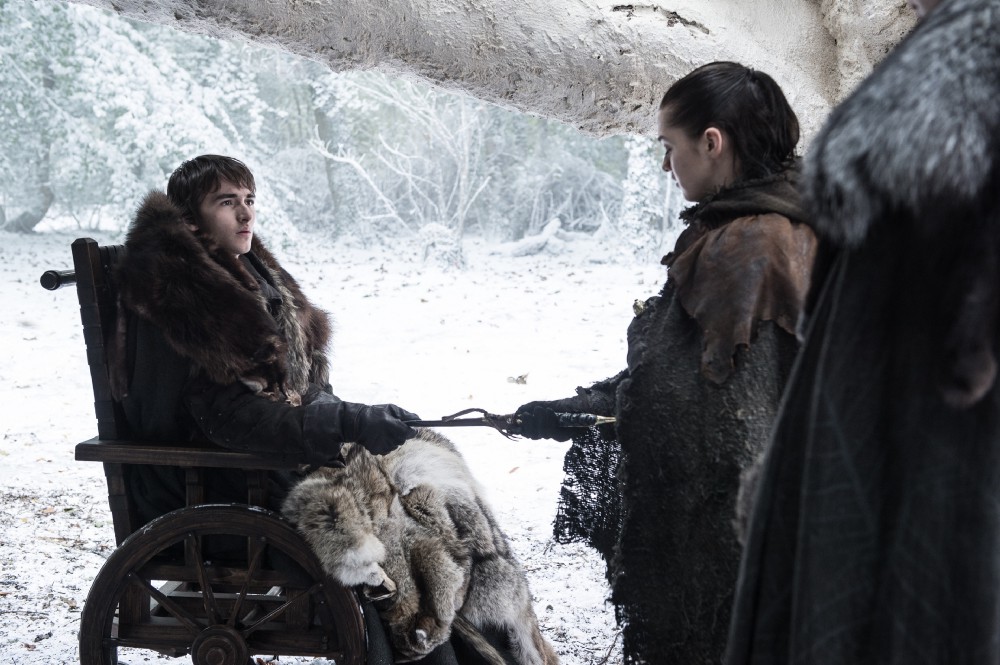 The three-eyed raven is safe at home in Winterfell, but is still (mentally) traveling far and wide. He can see the future, feel the past, become someone else, and change the course of things —but he still hasn’t been able to tell Jon of dangers ahead and who his true parents are. Though he will not be physically useful in a war, he could be a valuable weapon to Jon. 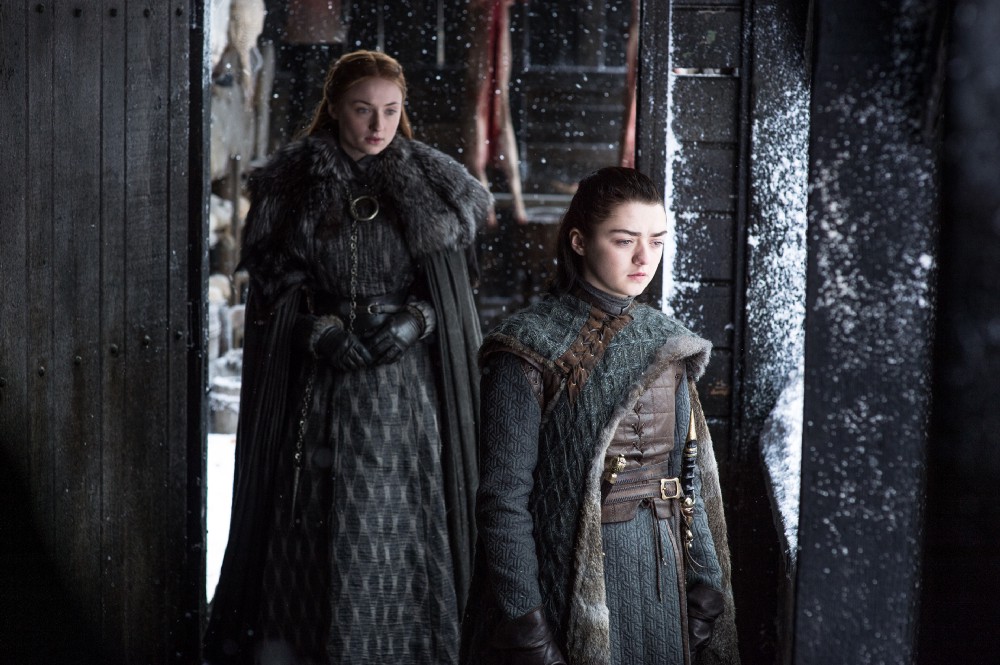 This spiteful little Stark finally made her way back home, and is staying put —for the time being, at least. Arya is being led to believe that Sansa is hiding something important, making her lose trust in anybody who isn’t herself at the moment.

SPOILER: Just three more characters till you reach the map! 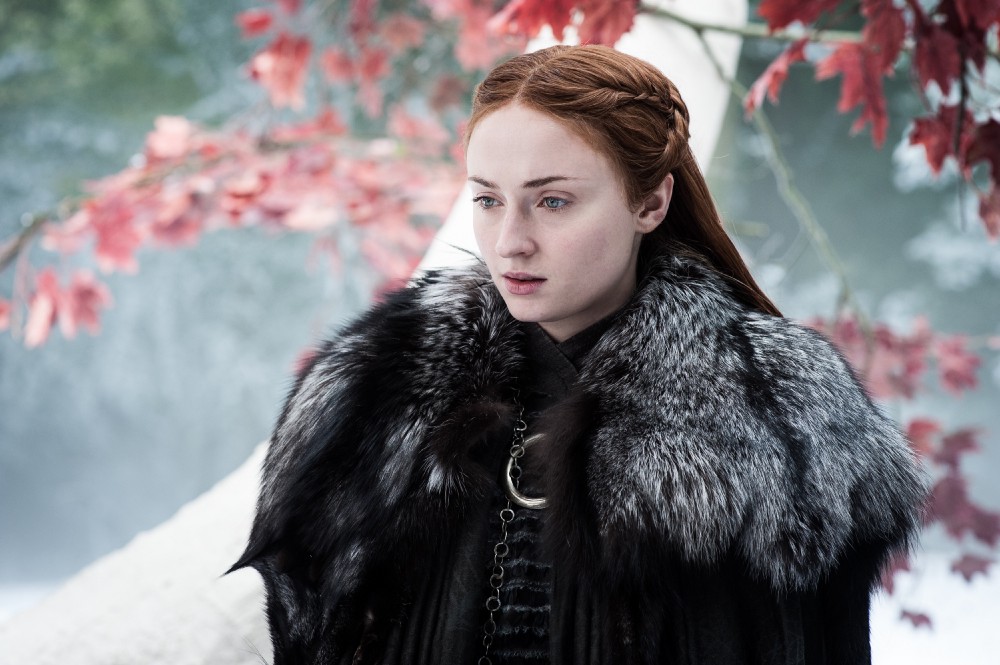 The Lady of Winterfell, who went through so many unspeakable things, is now in charge of her home until Jon returns (if he ever does). She seems to be aware of Littlefinger’s antics, but is not showing her true colors just yet. 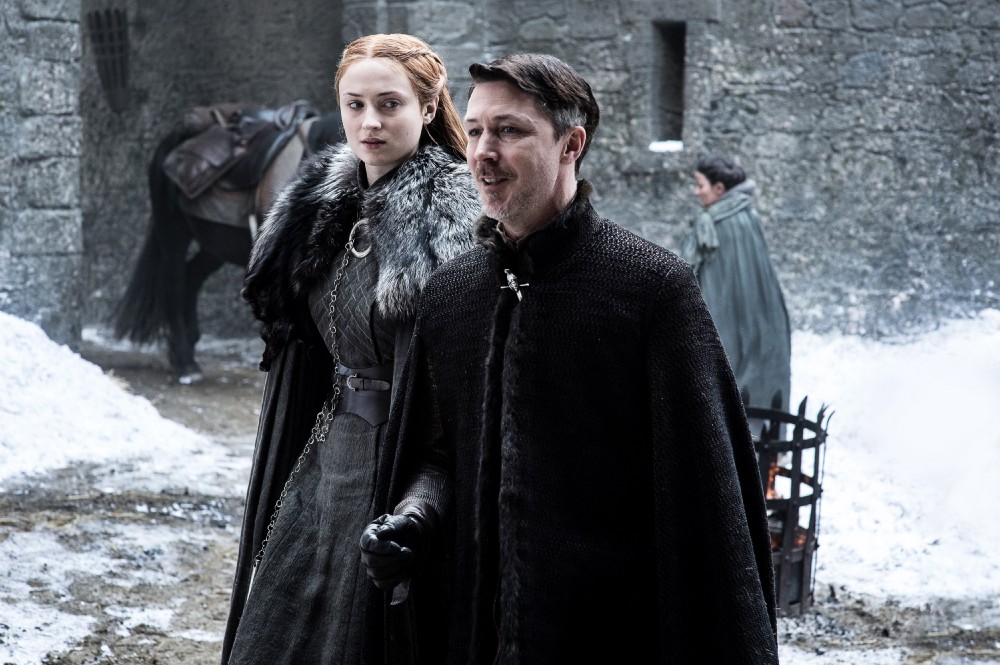 The cunning Lord Baelish, has been at Sansa’s side since the Battle of the Bastards, and is making sure he stays there as long as possible. In his effort to keep Sansa to himself, he made Arya his newest target, and is trying to pin her against Sansa. Whether or not his plan will work out is anyone’s guess! 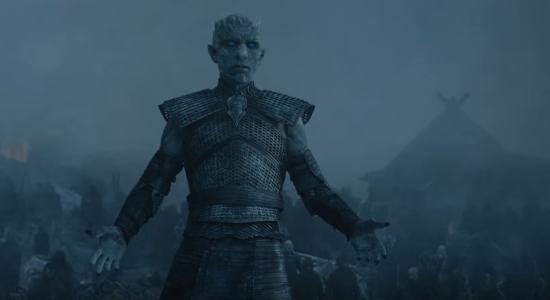 Oh, how we’ve all grown to hate this king! He and his zombie army are eyeing Westeros with their ice-blue eyes. He has some tricks up his sleeves (Dany should be careful), and unless Bran is successful, there’s no real way to know what his plans are. The mystical creature is ruthless, and on his way to get to the other side of the Wall.

Finally, here’s where the most Game of Thrones characters are right now: 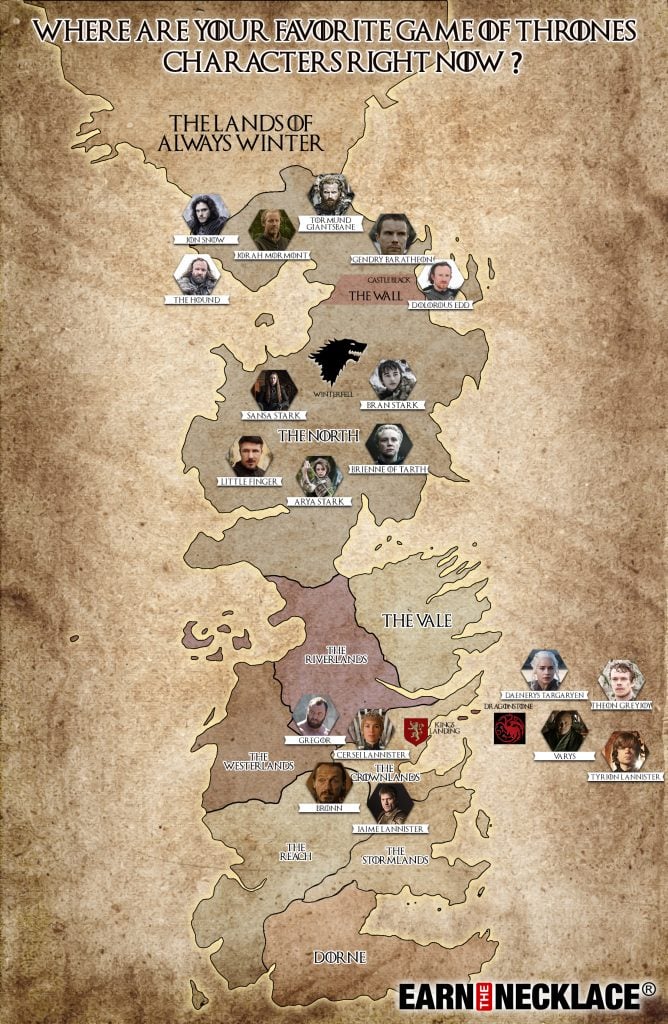