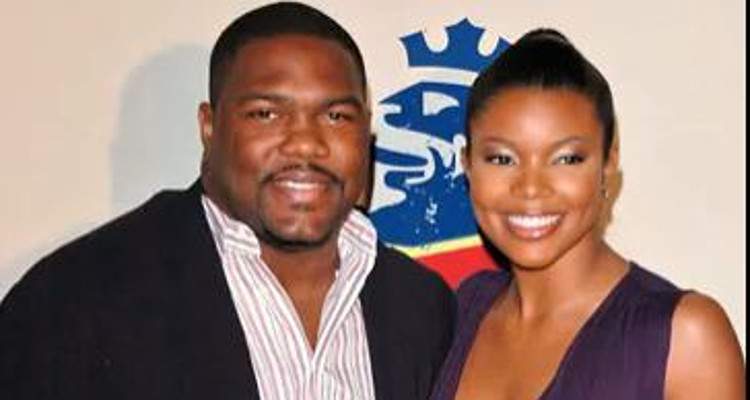 Gabrielle Union certainly has a thing for athletes! She dated NBA player, Jason Kidd and is currently married to Cleveland Cavaliers star, Dwyane Wade. Before Wade, she was married to former NFL pro, Chris Howard who had a net worth of $6.0 million in 2017.

Seeing Gabrielle Union so in love with her NBA hubby, Dwyane Wade (and “twinning” on Instagram), we almost forget that she was once married to NFL pro, Chris Howard! Howard was on the path to NFL greatness until his career was cut short. Where is Gabrielle Union’s ex-husband now? Find out in our Chris Howard wiki, right here.

#1. He Played for the Michigan Wolverines

Howard was born in Louisiana and went to John Curtis Christian High School, which has a tremendous football program. The school gave the NFL several great players, including Chris Howard.

He enrolled in the University of Michigan where he totaled 1,876 yards rushing on 418 carries and added 429 yards receiving on 60 receptions in the four years he was there. The running back held several records in Michigan, including the fourth longest rush in the school’s history, with 86 yards.

In 1997, his final year in Michigan, he was the rushing leader for an undefeated 12–0 Michigan team during the 1997 NCAA Division I-A football season. The Wolverines won a national championship that year led by Howard.

Since leaving the NFL, the 42-year-old often writes editorial pieces on Michigan football for Land of 10, a news website that covers the Big 10 football.

Great time with Jack harbaugh thanks to my man @AaronBDesigns . pic.twitter.com/PKlGoeLhRh

#2. His NFL Career Was Cut Short

Soon after he was named North MVP for the 1998 edition of the Hula Bowl, Howard applied for the 1998 NFL draft. He was selected by the Denver Broncos in the fifth road. Howard suited up to play for Denver but showed difficulties in his rookie season.

His entire pro career was haunted by fumble troubles. In the 1998 pre-season with the Broncos, he fumbled five times in two games. The Broncos released him from their practice squad that same year, and he was signed by the Jacksonville Jaguars.

When former running back, James Stewart was placed on injured reserve, Howard was called to fill his spot. At that time, Jacksonville Coach Tom Coughlin said, “Chris Howard is a young man and he certainly still is developmental. A couple weeks into our system and I think he’ll be a guy who can be counted on. But I’m not going to say we’re done with our evaluations just yet.”

Coughlin reasoned Howard’s fumbles calling them “carelessness” and planned to work on his fundamentals. However, his game didn’t improve. Though his professional stats recorded at 123 yards rushing on 41 carries, and 37 yards receiving on five receptions, he fumbled twice on only 21 carries in the first two games of 2000. That was his final year in the league and his football career came to an end.

His net worth from his short NFL career is estimated at $6.0 million. It’s a lot less than Gabrielle Union’s $20.0 million, and Dwyane Wade’s $95.0 million.

Howard met then-rising starlet, Gabrielle Union at a party in 1999 in Jacksonville. After dating a while, they got married in 2001. During their marriage, Union joked about Howard’s living habits.

Like a lot of celebrity marriages, theirs was shortlived. They separated in 2005 and their divorce was finalized in 2006. At the time of her divorce, Union admitted she wasn’t making sound choices when it came to relationships.

In 2017, she released a book called We’re Going to Need More Wine, where she got candid about everything from her sexual assault to her relationships. In the same book, she confessed she knew her marriage with Howard wasn’t going to last long from the moment he proposed.

To be fair, Howard proposed with a ring in one hand and KFC in the other. You can see where she’s coming from. “I spent the whole day at the spa and when I got back to his house, there was a rose petal path from the front door to the bedroom. At the end was Chris, down on one knee. He had a bucket of KFC on the floor, and he was eating KFC potato wedges with one hand while holding a ring in the other,” she wrote.

Shortly after his proposal, she discovered a message on his computer hinting that he cheated on her. But Union admitted she ignored all these red flags and they got hitched.

Their marriage started on a bad foot right from their wedding. She wrote that her bridesmaids nursed hangovers, one of the groomsmen arrived straight from jail, the groomsmen jokingly objecting mid-ceremony, and the officiant mispronounced Union’s name.

During their marriage, there were several instances where she allegedly found him cheating on her. When they divorced and she married Dwyane Wade, they reportedly signed a prenup so she doesn’t suffer financially in case of another divorce.