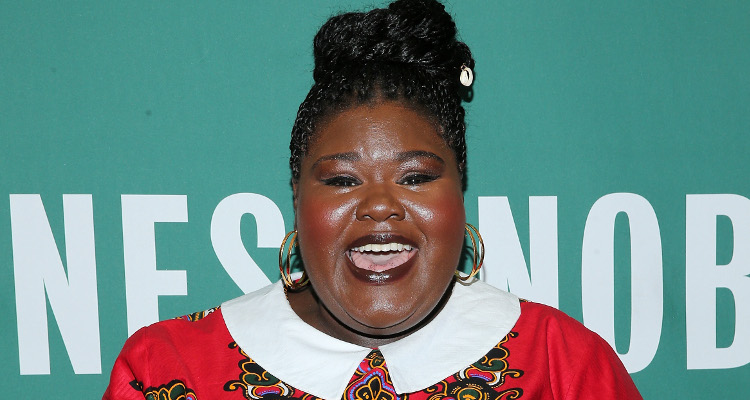 Precious star, Gabourey Sidibe will turn 34 on May 6, 2017. Her memoir, This is Just My Face: Try Not to Stare, talks about her mental health struggles and Gabourey Sidibe’s weight loss journey. Here is everything you need to know about the strong and determined Gabourey Sidibe.

Gabourey Sidibe earned millions of fans, and an Oscar nomination for Best Actress, with her performance in the 2009 movie, Precious. Now, she has become a source of inspiration with her book, This is Just My Face: Try Not to Stare. In it, she writes about her struggles and how she learned to overcome them saying, “When I say that I’m beautiful, I don’t say it so someone will clap and think I’m brave. I’m not doing it so that someone will comment on how confident I am. I don’t say it with ego and I don’t say it defensively. I don’t say it meaning that people who look like me are better than people who look like you. I say it because I believe it. I’ve earned every centimeter of my beauty.”

Gabourey Sidibe was recently on The Wendy Williams Show and opened up about her career, her boyfriend, her weight loss, and her struggle with bulimia.

Lil GSid from BK. Also I can't get over how bomb Taraji's #vivaglamtaraji lip color is. I smooth wear it every day!

Gabourey’s memoir speaks about her suicidal thoughts as she struggled with her mental health. The actress has revealed that she was diagnosed with bulimia and depression when she was in college. She disclosed that she suffered from panic attacks, and stopped eating —sometimes for days, occasionally eating a slice of bread and drinking a glass of water, only to throw it up again.

She decided to get professional help and sought out a therapist, who asked if she was suicidal. Gabourey responded saying, “Meh, not yet. But when I do, I know how I’ll do it.” She went on to explain that, “I wasn’t afraid to die, and if there was a button I could’ve pushed to erase my existence from earth, I would have pushed it because it would have been easier and less messy than offing myself.”

Her Job as a Phone Sex Operator

My first time at #SXSW was super fun! Shoes and dress by @torridfashion. Makeup and edges by @saradomi_makeup

Before she became an actress, Gabourey revealed that she was a phone sex operator. She did not expect the job to be what it was saying,”Honestly, I thought I’d be walking into a dungeon with girls in ripped underwear chained to radiators who were moaning into receivers in phone booths.” Instead, Gabourey stated that the office looked like, “an elementary school classroom” with colorful papers and inspirational messages.

Count on me being fine FOREVER. Thank you @people for the first look at my ?#thisjustmyface ?+?? : @audreythefairy ?+? : @themarcyminute

Gabourey was diagnosed with Type 2 diabetes in March this year. In the book, she revealed that she underwent laparoscopic bariatric surgery in May 2016. “My surgeon said they’d cut my stomach in half,” she wrote. “This would limit my hunger and capacity to eat. My brain chemistry would change and I’d want to eat healthier. I’ll take it! My lifelong relationship with food had to change.” Over the last few months, Gabourey has been posting pics of her weight loss on Instagram.