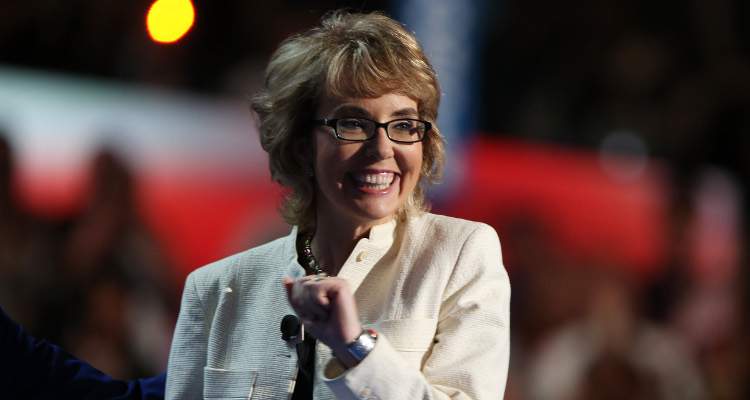 After the 2011 shooting of the former Arizona Congresswoman, everyone was asking about Gabby Giffords’ husband, Mark Kelly. He was by his wife’s side as she miraculously recovered. Now, he is back in the spotlight after his twin brother and fellow astronaut, Scott Kelly released a memoir of his year-long space mission. Who is Gabby Gifford’s Husband? Read on to learn all about him.

He may be known as Scott Kelly’s twin brother and Gabby Giffords’ husband, but Mark Kelly has an incredible resumé of his own. He is a former astronaut and U.S. Army veteran, who, along with his brother, hold the record of being the only siblings to have traveled to space. How amazing is that?

With several other achievements in his long and remarkable career, you can learn all about it and more here in our Mark Kelly wiki.

The Other Kelly Twin

The brothers are identical twins, and Scott has shared many funny anecdotes of their childhood in his book. Part of his year-long space mission also included a study of the two brothers to measure any physical changes as a result of living in space. The study revealed that Scott Kelly grew by two inches.

Mark began working as a naval aviator in 1987 after graduating from the United States Merchant Marine Academy in 1986, with a degree in Marine Engineering and Nautical Science. He is the recipient of several awards for his exemplary service.

Mark Kelly’s astronaut journey began in 1996 after he was chosen by NASA to become a space shuttle pilot. For over a decade, he flew and took charge of several missions for the space agency. He announced his retirement from NASA and the U.S. Navy in June 2011, as he wanted to spend more time with his wife who was recovering from injuries sustained in the Arizona shooting.

Even though he earned a lot as a highly decorated officer and astronaut, Mark Kelly’s net worth is not known.

His Marriage to Gabby Giffords

Mark Kelly got married to Gabby Giffords, a former Arizona Congresswoman in 2007. He was previously married to Amelia Victoria Babis, but they got divorced in 2004. He and Babis have two daughters, Claudia and Claire.

Gabby Giffords and Mark Kelly met in 2003 while on a state-sponsored visit to China. They had their first date a few years later in the odd setting of the Arizona State Prison. The two have been together ever since.

The couple are very close, as was evident in the way Kelly took care of his wife after her horrific attempted assassination at a supermarket parking lot in Tuscon, Arizona, in January 2011. One of the first pictures released following the shooting showed Kelly tightly grasping his wife’s hand as she lay in a critical state after a gunshot wound to the head.

They wrote a book, Gabby: A Story of Courage and Hope, which was published in October 2012. It gives details about the couple’s journey, the tragic shooting that killed six people, Giffords’ recovery, and Kelly’s career. They wrote another book on the fight against gun violence called Enough: Our Fight to Keep America Safe from Gun Violence.

Along with Giffords, Mark Kelly is a strong advocate of gun control. The couple founded ‘Americans for Responsible Solutions,’ which seeks to press for solutions to prevent gun violence. He often posts about it on his Twitter page.

I am proud to have served in the @USNavy for 25 years, and I am even more proud to work with veterans from all branches of the military to prevent gun violence. #VeteransDay pic.twitter.com/U7vBbEUCtJ

We're on a mission to save lives from gun violence. Stand with us and show the #CourageToFight for a safer future. https://t.co/UGfsMSHDij pic.twitter.com/O1TdFcBdry

Proud of the voters in my home state for electing gun safety champion @PhilMurphyNJ to be the next governor of New Jersey! pic.twitter.com/3Ox2Baniwl

Mark Kelly often echoes Gabby Giffords’ inspiring story of overcoming adversity. He proudly tweeted about his wife after a recent event in Washington D.C. that was held in her honor, “I’m always proud of @GabbyGiffords for her determination and resilience, but today is a special day. Adding the Gabrielle Giffords-Leo J. Ryan Cloakroom to my list of favorite places. Congratulations, Gabby!”

I'm always proud of @GabbyGiffords for her determination and resilience, but today is a special day. Adding the Gabrielle Giffords-Leo J. Ryan Cloakroom to my list of favorite places. Congratulations, Gabby!https://t.co/X03LY0OIYT