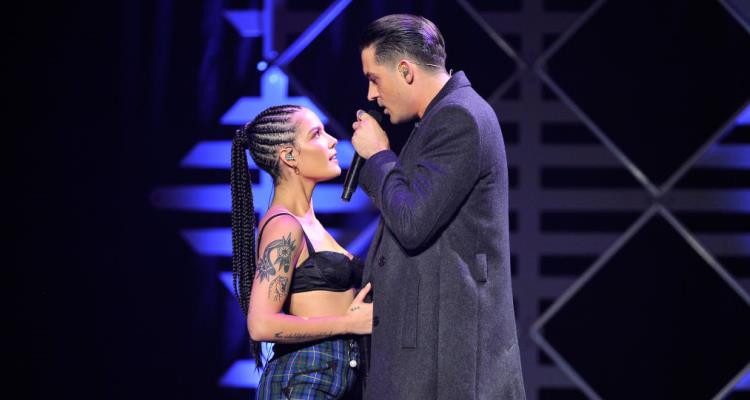 Are G-Eazy and Halsey dating? The year is almost over and fans are wondering about G-Eazy’s girlfriend for 2018. The year has been full of hookups, breakups, and scandals, so it’s no surprise that fans want to know if G-Eazy and Halsey will ring in the new year together! We’ve got the scoop, so keep reading!

In case you didn’t already know, Halsey, 23 and G-Eazy, 28, are in fact dating and have been for some time now. The singers have been dubbed the “2017 Bonnie and Clyde” on G-Eazy’s single “Him & I,” which features Halsey. Fans are loving the single by the duet and for more proof of their relationship, you can head over to Halsey’s Instagram account. Her latest post is a picture of herself and the “No Limit” singer on the subway together, with her resting her head in his lap.

The best couples are often the ones that bring out the best in each other, so it’s no surprise that Halsey’s latest album, Hopeless Fountain Kingdom, had an influence on his newest LP.

“We’re like-minded people, like-minded creatives,” he told Billboard. “We both appreciate the idea of an album and doing something like a concept album, you know, taking on a challenge and crafting something cohesive, so I’m excited to have her on it. It’s dope.”

Did @jimmykimmellive with babe last night! Thanks for watching. Very happy I didn’t catch on fire ?✨

Their Chemistry is Off the Charts!

The young power couple have been expressing their relationship in every way possible and their fans are all for it. In their new music video for “Him & I” The Beautiful and Damned singer talked about how his relationship with Halsey is “definitely art imitating life.”

“That video in particular, there was really no plan for it,” he told Yahoo. “We were just like, ‘Let’s just do what we would’ve done today, and have cameras follow us.’ Because our energy both in that song and in the visual representation of the song in the video, that’s what it is. We literally have that kind of crazy, Bonnie and Clyde-like thing, and I just think having that peek into our lives, and giving ourselves to that, to represent this song, was the way to do it.”

G-Eazy is very much in love with Halsey and the feeling is mutual, which probably means these two might just make it. Aside form scheduling, it’s safe to say that the young couple will spend some part of the holidays together or make time for New Year’s Eve, in order to welcome the new year together.

For more of Halsey and G-Eazy, visit their Instagram accounts or get a copy of his latest album, The Beautiful & Damned.