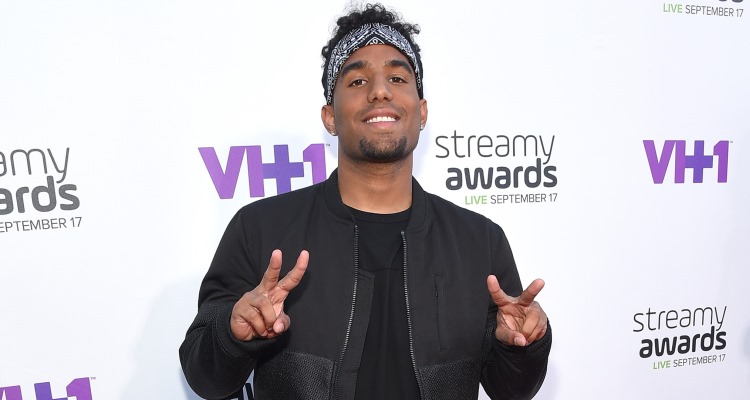 If you’re looking to get to know hip-hop artist, Futuristic a bit better, then you came to the right place. Futuristic’s net worth is estimated to be between $150,000 and $220,000 right now, but we have a feeling that the young rapper and hip-hop singer will be making much more in the near future. (Pun not intended, but we’ll leave it in anyway.) This is why we want to give our Futuristic wiki!

The world may know him by his stage name, Futuristic (often styled as FUTURISTIC), but he was born as Zachary Lewis Beck on June 2, 1991 in Bloomington, Illinois. However, the budding star is currently based out of Arizona.

Futuristic is currently represented by INgrooves (or INgrooves Music Group), which is a North American, global distribution, technology, and marketing company. Among other services, they provide custom services to artists and independent record labels. They were founded in 2002 and are currently headquartered in San Francisco.

According to their website, INgrooves is the first independent distribution company to partner with iTunes and in the company’s beginnings, The San Francisco Business Times did a profile on them and called them “a powerful growing force to decentralize the power base of the music industry.” With several partnerships, INgrooves has ultimately built a global network of over 600 services and storefronts. Sounds like it’s the perfect place for Futuristic to foster his talent!

Jack of All Trades

On January 19, Stubb’s BBQ—Austin, Texas’ infamous venue and restaurant—prepared its indoor stage for a night of live music in front of a sold-out audience. At the time, hip-hop artist Mike Stud was listed on the marquee as the headlining act for the 39-date “Back 2 You Tour,” but the reason for the sold-out show was largely related to the opening act, Zachary “Futuristic” Beck.

Futuristic spent five years of intricate rhyming sequences, marketing, on-going YouTube video uploads, self-booked tours, and independent album releases. This helped the Arizona rapper develop a combined social media following (consisting of Facebook, Twitter, and Instagram) of over 1.1 million followers! In many cases, artists have to make their own way before someone else is willing to represent them and share their resources. Everyone in any business has to start from the bottom, whether you pump your own gas for an audition, design your own clothes, or promote your own work.

In a city known more for it’s hot summer temperatures (which can sometimes feel like triple digits), than its hip-hop setting, Futuristic began his music career by selling concert tickets to high school classmates, in order to get the opportunity to be the opening act for artists that made tour stops between Texas and California.

In 2012, he uploaded mini music videos of original songs and remixed versions to popular songs on YouTube, and posted them to Facebook and began his own tour. But since he didn’t have his own representation, he was tasked with the burden of booking his own tour.

“I was booking the hotels, calling the promoters, booking the openers, renting the cars, and doing the music and performing on top of that,” Futuristic said in a Forbes interview. “I actually lost money on my first three or four tours. When I left, I had $3,000 in the bank and when I came home I had $100.”

When it comes to independent artists, every cent counts and Futuristic is no exception to that fact. While major label artists don’t expect much from their album sales (since they make more from touring) Futuristic put more effort into touring than anything else. His most recent album, Coast 2 Coast was a collaborative project with rapper, Devon Terrell. It has sold over 14,000 units since its release in December 2015, at the price of $5.99 on iTunes. He distributes his songs through Tunecore, a well-known online distribution site.

Futuristic may have a modest net worth now, but it won’t be long before he’s no longer considered “up and coming.” After all, 2016 isn’t over yet and he may just capitalize on the holiday season again, leaving an early Christmas present on iTunes. With a musical artist like Futuristic so willing to work hard to play hard, there’s no doubt his efforts will pay off!