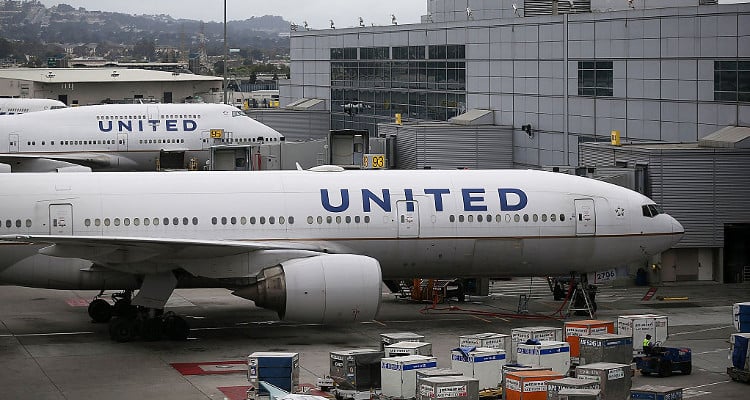 In case you had your phone on airplane mode and missed the news, United Airlines got shockingly aggressive in removing a flier off of an overbooked flight. The video went viral, and the Internet is now trolling United Airlines with memes.

Thinking of taking a trip? Just don’t fly United Airlines, or you might find yourself dragged out of a flight they overbooked! The Internet is in an uproar after the airline’s crew forced a doctor off of their flight, to allegedly make room for an employee who needed a seat. The disturbing video went viral, and United Airlines is facing the backlash in ways more creative than simply encouraging people to boycott the company. Even though the situation was nothing to laugh at, the Internet couldn’t help but find the humor in horrible display. These funny United Airlines memes will have you rolling in laughter. Adding to April’s stash of memes is United Airlines and Sean Spicer, co-sponsored by Pepsi.

Comedians are going to town with the United Airlines incident. Jimmy Kimmel even spoofed the incident with a fake promotional video for the Airline on his show! He savagely summed up the truth of the company’s response to the whole issue saying, “We’re United Airlines. You do what we say when we say, and there won’t be a problem. If we say you fly, you fly. If not, tough s**t. Give us a problem, and we’ll drag your ass off the plane.” Even Ellen DeGeneres didn’t spare United, as she mocked the airlines on her show, too. Her theory is that United doesn’t want you to wear yoga pants on their flights because they need something to grab onto as they drag you off the plane!

Also Read: Here are the Funniest Kellyanne Conway Memes You Have to See!

#1. In wake of the recent incident, United Airlines has hired new flight attendants.

#3. An airline worse than Southwest?! Now we’ve seen everything!

#unitedAIRLINES this is too funny. pic.twitter.com/ASrMBJfHoX

#6. We’re not Chuck Norris either!

Legend has it, that chuck Norris survived a seat reassignment on United…. #unitedAIRLINES

#7. If United hires Negan, can we have Chuck Norris as our bodyguard?

#8. Isn’t it easier to not sell one seat to two people?

Where is Kendall Jenner when you need her? #Pepsi #UnitedAirlines Follow my partners?: @presidentdonaldtrump16?? @electioncentralnews?? @ny_conservative1776??

?'Volunteer' means “someone who does something without being forced to do it.” https://t.co/qNAcMyplhZ

#14. Find you someone who can do both…on United.

#15. Because they don’t “fly the friendly skies” anymore.

If there's no more seating, you're in for a beating… I can't stoppppp making these @united #unitedairlines

#16. From the folks that butchered “volunteer,” we bring “re-accommodate.”

Wife: Did you eat my cheesecake?

Me: I re-accommodated it to my stomach.

Wife: Re-accommodate yourself to the couch.

[kids attempt to drag each other off the couch]

Me: You can't do that. This isn't United.

#18. When were flight attendants this ominous?

Welcome aboard @United flight 5477 from Chicago to Louisville, and… pic.twitter.com/RDFSbd37Pn