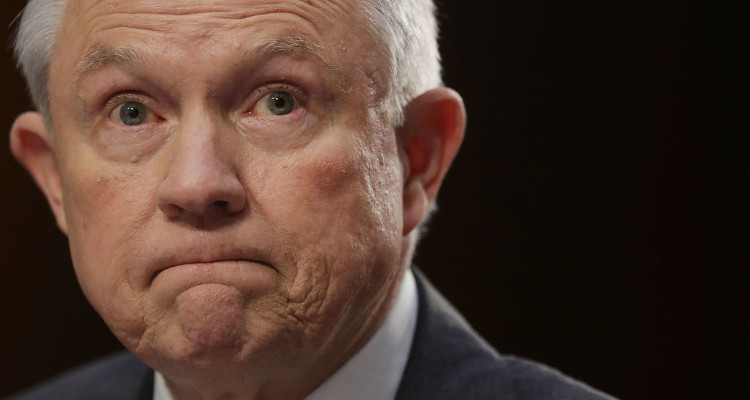 If there’s one thing we have learned from Scandal and House of Cards, it’s that political dramas never disappoint. The latest in the live political drama comes from Attorney General Jeff Sessions, who testified before the Senate Intelligence Committee about his involvement with the investigation into President Trump’s alleged Russian ties. And of course, it created some funny Jeff Sessions memes.

The investigation into President Donald Trump’s Russian ties has peaked in the last few days. A few days ago, former FBI Director James Comey testified before the Senate. Yesterday, Attorney General Jeff Sessions testified before the Senate Intelligence Committee about his involvement in the Russia investigation, and his role in Comey’s firing. It should have been an intense and hard-hitting. Except, we may have been ruined by high-tension political fictions like Scandal. So, it looks like Sessions disappointed with the lack of drama. Not many believe that he answered all the questions posed to him, and we’ve lost count of the number of times Sessions used the phrase, “could not recall.”

But come Senator Ron Wyden’s turn to grill the Attorney General, Sessions’ session became heated. Wyden asked the AG some hard-hitting questions, to the point that that he looked visibly nervous. He was keen on knowing why Sessions would violate his recusal from the Russian investigation by recommending Comey’s firing. While Sessions explained why he didn’t think he violated his recusal, Wyden replied, “That answer, in my view, doesn’t pass the smell test.” That single sentence led to a flood of hilarious memes from Jeff Sessions’ testimony. Another meme trend is the exchange between Sessions and Senator Tom Cotton. In our humble opinion, these memes all pass the smell test!

#1. And here we thought Axe worked.

He is wearing AXE “Lies and Deception”.#JeffSessions

#2. He’s having a John McCain moment.

Jeff Sessions testimony "Making Alzheimer's Great Again" Does this guy remember what he had for breakfast? #SessionsHearing

#3. The Russian investigation sounds like spy fiction to Senator Cotton.

Senator Cotton- I have a really hard question to ask.

So, #JeffSessions was in #LordOfTheRings and didn't tell anybody?? He just refuses to tell anyone anything, huh?! That was the best part of the damn #Movie… #Gollum #Spiegel #MyPrecious #Comey #comeymemo??? #maga #trumprussia #impeachtrump #RobertMueller

#6. Selective hearing is a grave problem.

#7. What we thought when we heard “smell test.”

#8. Even Hermione agrees that something smells wrong!

#13. The best part is that someone actually made it and put it up!

#16. Cats can smell the bull-covfefe. Even they don’t think he passed the smell test!

#17. Who would’ve thought that Sessions is the Pink Ranger?

#18. That’s some longstanding typing there.

#SessionsHearing : DOJ writing up that "longstanding policy" as we speak pic.twitter.com/gQT9YNLtBd

#20. Did he watch the Diamondbacks game all night, too?