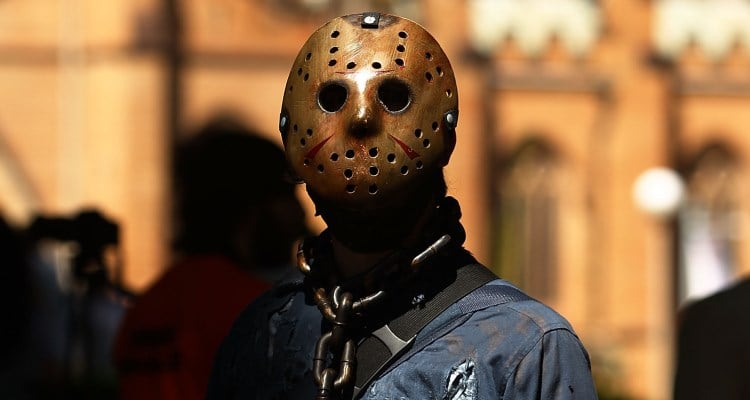 It’s the year’s unluckiest Friday and to celebrate the day of bad luck and horrors, we’ve got some Friday the 13th memes to share with you!

Whether you’re a fan of horror films or not, these funny Friday memes will give you a good chuckle to make your day a little brighter. Or, if you were one of those kids who didn’t take your parents’ advice and watched Friday the 13th while you were too young, you may have flashbacks of nightmares when you see Jason’s shadowed hockey mask!

Out of all the Friday the 13th memes, this one takes the cake! It’s a funny twist on the Dos Equis commercial, featuring the infamous Jason.

Not even Carly Rae Jepsen is safe from meeting Jason on Friday the 13th!

A photo posted by Christopher Michael Cardarelli (@myrealnameisbigboss) on Jan 13, 2017 at 4:59pm PST

We’ve already seen what happens when our two favorite horror icons meet. But we didn’t know what happens behind the scenes!

What better way to spend a Friday after work than slaying teenagers with Jason? “Ch-ch-ch-ah-ah-ah.” Yikes!

Why is it that in every horror movie the girl follows the scary noises? And why are they always inappropriately dressed when it comes time to run away from mass murderers? This meme perfectly describes how every horror flick viewer feels when this happens.

After a long week of wishing it was Friday, the unluckiest day is here! Grab your friends, order a pizza, and enjoy a movie marathon with Jason!

This meme is almost too much…

In the world of Friday the 13th, it doesn’t matter what you do. Even if you try to be good, Jason will still come for you! Happy Friday!

The title says it all!

One of our favorites! This meme is so punny!

#13. For the Superstition Skeptics

If you don’t believe in luck, then here’s a funny Willy Wonka meme that describes all the skeptic feels!