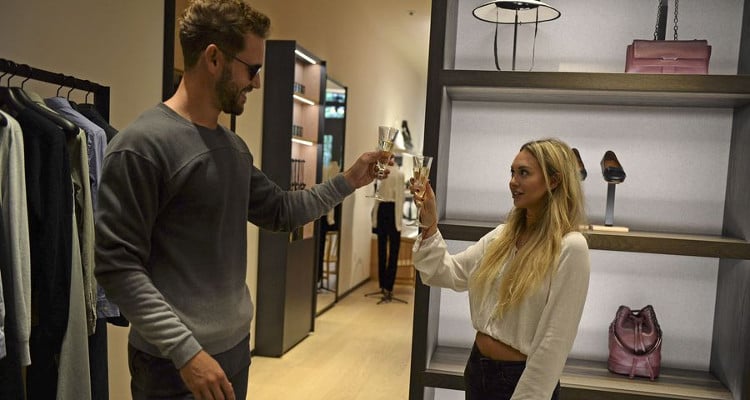 The Bachelor‘s Corinne Olympios has been one of the most entertaining contestants on the show. So, it’s no wonder that ABC decided to keep her on for so long! To celebrate Corinne being in the final four, we have the best shocking Corinne moments from The Bachelor.

Season 21 of The Bachelor is nearing the end as only four contestants are left on the show. If you missed out on this week’s episode of The Bachelor, Nick Viall eliminated two ladies in episode 7: Danielle M and Kristina. This means that Corinne, Raven, Rachel, and Vanessa are the final four contestants, and one step closer to winning Nick’s heart.

The Bachelor franchise would not be as popular as it is without a villain. This season, Corinne Olympios has established herself as the villain on the show. Since day one, she has tried to steal everybody’s thunder and has continued to do anything she can to get Nick’s attention.

According to The Bachelor spoilers, Corinne will be sent home next week, meaning we will not get to enjoy anymore of her antics! Because of all the outrageous things she has done on the show, we think it she deserves a fitting tribute. So, here are Corinne from The Bachelor‘s most shocking moments.

Seal it with a Kiss

Corinne wasted no time on night one and jumped at her first opportunity to kiss Nick. Being the only contestant who made out with him that night, Corinne wore her villain badge proudly.

In episode two, a bridal photoshoot showed Corinne make this bold statement before making an even bolder move.

Corinne took her photoshoot with Nick to the next level after she removed her bikini top and put Nick’s hands on her breasts to cover them up. This happened with 10 other girls standing right in front of them. Ouch.

Corinne Wants More from Their Relationship

During the one-on-one date in episode seven of The Bachelor, Corinne was a little disappointed when Nick chose Vanessa instead of her. Something about Nick emotionally connecting with Vanessa set Corinne off.

The Way to a Man’s Heart is Whipped Cream

The second episode of The Bachelor had Corinne not only make Nick cover her breasts, but also had her cover them with whipped cream with the hopes that Nick would lick it off. At least she’s confident!

Corinne on Being Called Immature

After Taylor and Corinne had a fight, everybody called her immature. Corinne’s response was to grab her boobs in defiance. That’s not how it works girl!

Corinne is probably most famous for coining the term “re-interrupted.” This happened after Corinne took over Taylor’s alone time with Nick, and Taylor gave Corinne a taste of her own medicine.

Corinne’s Heart is Gold But the Episode is Platinum

Out of all the things Corinne has said, this one takes the cake! To ensure she stays on the show and wins Nick’s heart, Corinne drops this line as an attempt to seduce Nick. Which, shockingly, did not work out for her.

Her Beauty Sleep is More Important Than the Rose Ceremony

After being confronted by the other contestants for sleeping during the rose ceremony, Corinne said to the cameras, “Michael Jordan took naps, Abraham Lincoln took naps, and I’m in trouble for napping.” Apt comparisons, Corinne!

Corinne is a 24-year-old with a nanny named Raquel, who makes cheese pasta for her. While running her multi-million dollar business, Raquel also gives Corinne her cucumber slices. So, we were not that surprised when Corinne opted out of manual labor and craved sushi.

If her appearance on The Bachelor is just not enough for you, Corinne was in the video for “Zip & a Double Cup” by Juicy J, 2 Chainz & Tha Joker. Check it out below:

Though her behavior on the show may have raised some eyebrows, Corinne has maintained that her parents are very proud of her and are happy about how their daughter was portrayed.