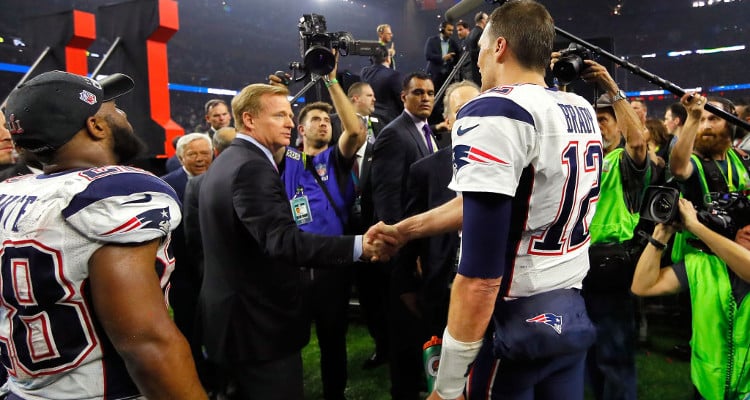 The New England Patriots displayed a historic comeback win during Super Bowl 51 on Sunday, February 5, after defeating the Atlanta Falcons 34-28 in the first overtime game in history. NFL commissioner, Roger Goodell had to award the Lombardi Trophy to Tom Brady, who he previously suspended for four games last year.

Karma is a funny thing and NFL commissioner, Roger Goodell had a taste of it when he awkwardly shook hands with Tom Brady, after Sunday night’s game. The 57-year-old was faced with the unfortunate task of awarding the coveted Lombardi Trophy to New England Patriots owner, Robert Kraft. The feuding duo has a long-standing history, including court run-ins, suspensions, and millions in legal fees. Last year, Goodell suspended Tom Brady, following allegations that he was involved in football tampering, after it came to light that 11 footballs used by the New England Patriots were under-inflated during the 2015 NFL season. However, Tom Brady made one of the greatest comebacks after his four-game suspension last season, and went on to become the Super Bowl 51 MVP! Naturally, the Internet had a field day with the awkward exchange that took place between Goodell, Kraft, and Brady following Sunday night’s game. We have the best Tom Brady and Roger Goodell memes, Super Bowl memes, NFL memes, and Patriots memes for you right here.

After the New England Patriots’ surprising victory against the Atlanta Falcons, fans waited with bated breath to see what Brady and Kraft would say to the NFL commissioner. After the game, Goodell tapped Brady on the arm, shook his hand, and said, “That was awesome.”

Predictably, the NFL head couldn’t have been too happy with the win and fans booed Roger Goodell as Brady, Kraft, and Bill Belichick accepted the prestigious Lombardi Trophy. To add insult to injury, the easiest choice for Super Bowl 51 MVP was Tom Brady, as he led the Patriots to one of the greatest comeback victories in Super Bowl history. Check out these 10 best Roger Goodell memes below. 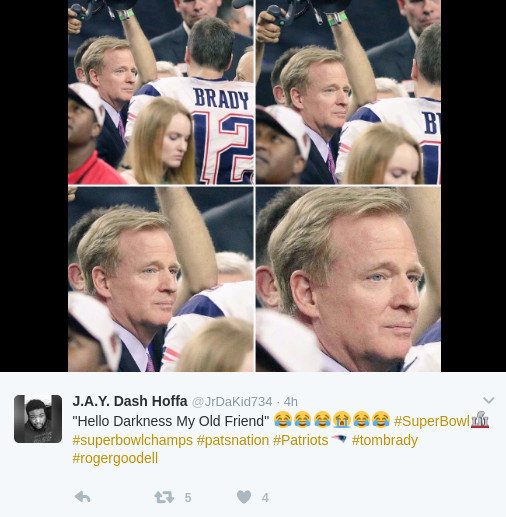 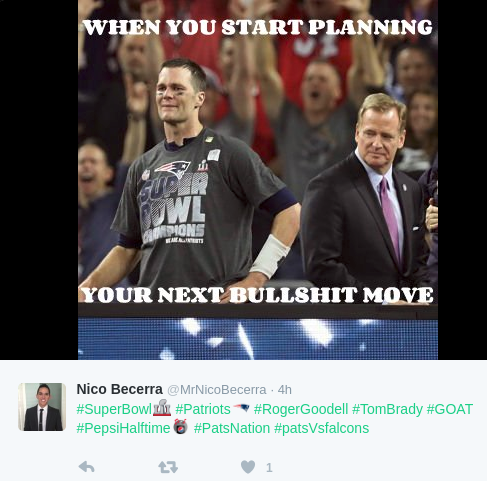 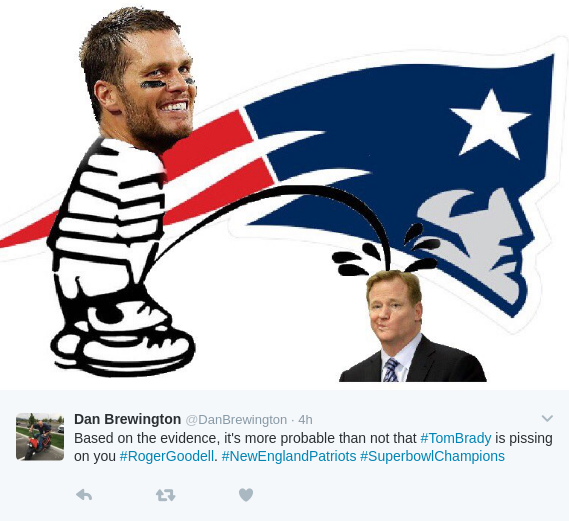 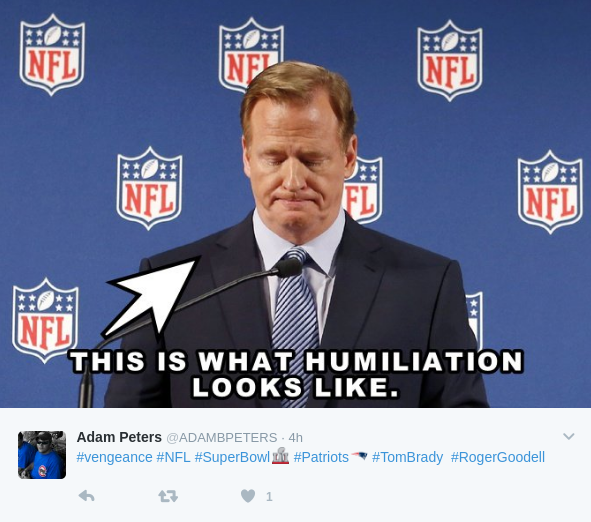 #5. The Most Awkward Exchange Ever 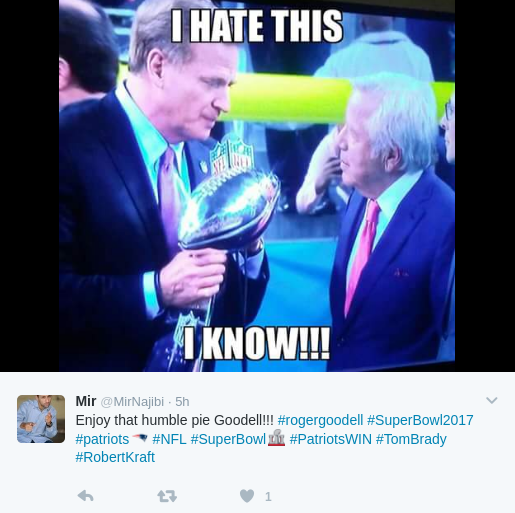 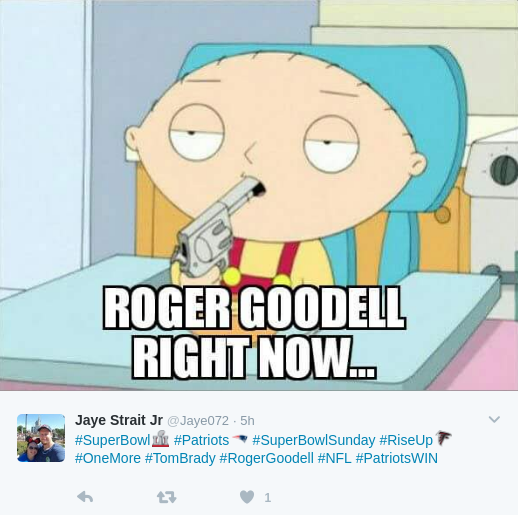 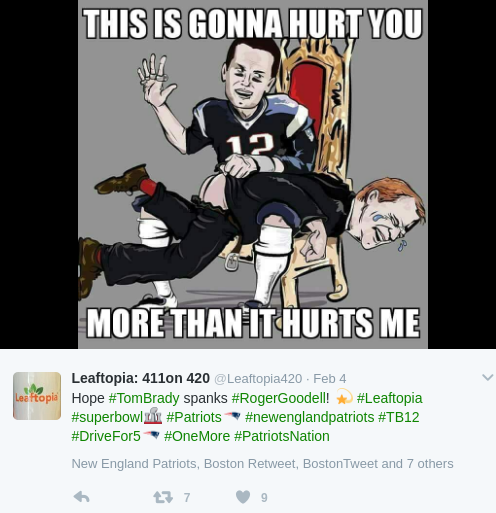 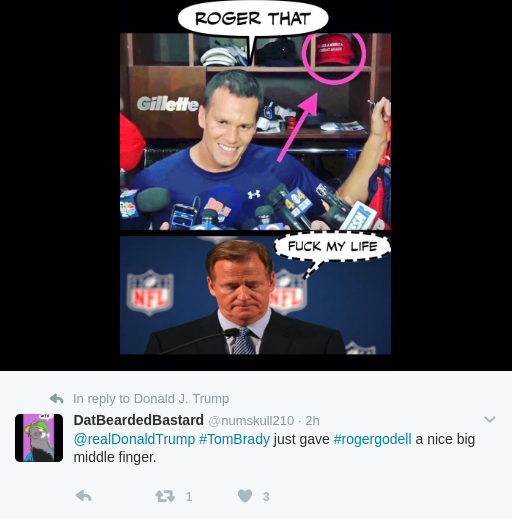 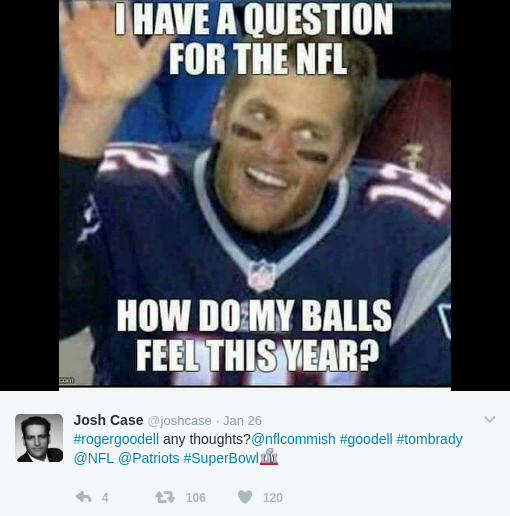 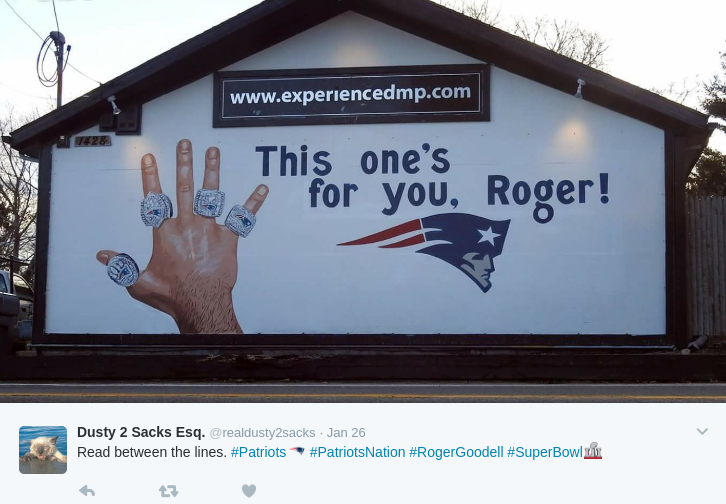