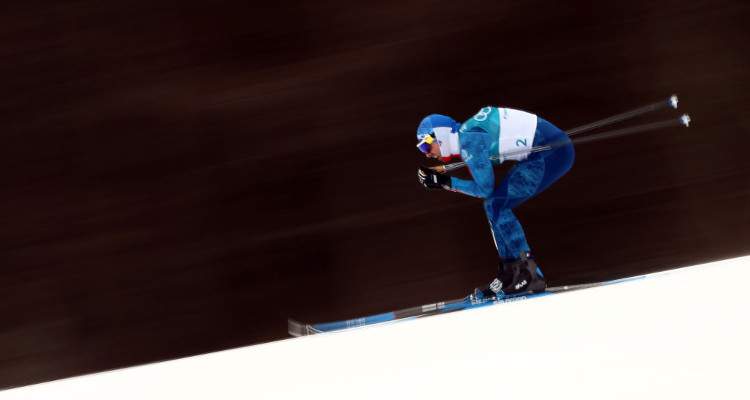 The 2018 Winter Olympics showcase multiple styles of skiing, including freestyle and cross-country. Athletes competed in cross-country on Sunday, and today (February 12), we will see them fight for gold in the freestyle skiing men’s moguls. But what’s the difference between freestyle vs. cross-country skiing? Keep reading to find out!

What Is Freestyle Skiing?

This form of skiing is comprised of six forms: Moguls, aerials, half-pipe, cross, slopestyle, and acroski. Skiers perform aerial spins and flips, and can also slide boxes and rails on their skis.

In 1979, the International Ski Federation acknowledged freestyle skiing as a real sport. It also introduced regulations and different techniques to restrict potential dangers in competitions.

In 1986, the first FIS Freestyle World Ski Championships were held in Tignes, France.

According to Olympic.org, “Freestyle skiing was contested as a demonstration sport at the 1988 Calgary Games. There were events for both men and women in all three events– moguls, aerials and ballet. Four years later, the mogul event gained medal status at the Albertville Games, as did the aerial event in Lillehammer in 1994. Ski cross made its Olympic debut at the 2010 Vancouver Games. Slopestyle and halfpipe were added to the freestyle skiing programme at the 2014 Sochi Games.”

What Is Cross-Country Skiing?

Considered to be the oldest type of skiing, this particular form is both practiced as a sport, and a means of transportation for many.

The first cross-country skiing competition reportedly started as the “Norwegian army units were skiing for sport (and prizes) in the 18th century. Skiing for sport appeared in Norway in the mid 19th century; the first race on record is 1842.The famous Holmenkollen ski festival started in 1892, with the focus initially on the Nordic combined event. However in 1901, a separate cross country race was added to the festival.”