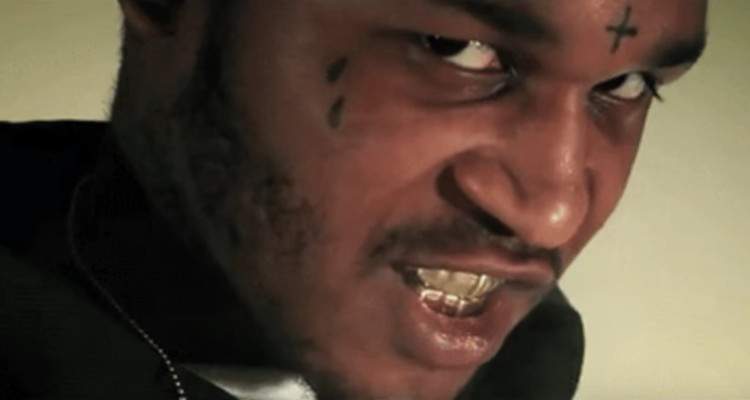 Fredo Santana was a talented rapper who had his whole life ahead of him. His mixtapes and debut studio album earned him both fans and wealth. When he became a father to a baby boy in 2017, it looked like things would look up for him. Unfortunately, his life was unexpectedly cut short. We have more about the young rapper in our Fredo Santana wiki below.

In 2017, Fredo Santana was in and out of the hospital. First in March after suffering a seizure, then later in the year with kidney and liver failure, reportedly due to his drug use. Santana died after reportedly suffering from a fatal seizure on January 19, 2018.

Fredo Santana always lived life on the edge and his friends constantly worried that he would pay the price for it. With Santana’s death, the music world lost a talented rapper who was just coming into his own. So, how did Fredo Santana die?

According to sources, Fredo Santana’s girlfriend came home to find his lifeless body on January 19, 2018.

Although Santana’s autopsy is still pending, many are speculating that his death could be linked to his usage of Xanax and Lean. It is a concoction made of tranquilizers, prescription-strength cough medication, soda, and fruit-flavored hard candy.

Santana’s real name was Derrick Coleman. He was the older cousin of Chicago rapper, Chief Keef.

Record producer and fellow rapper Maxo Kream reported the sad news of Santana’s death on Instagram with a picture of the deceased rapper and the caption, “Damn man I’m lost for words right now I’m cryin my ass off Fredo I love yu B***h RIP a real Savage. [sic]”

Santana got his name out there when he appeared Drake’s video for “Hold On, We’re Going Home” as a man who kidnapped Drake’s girlfriend.

Drake himself paid tribute to the late rapper with a picture of the two and the caption, “Rest In Peace Santana.”

The world lost a gifted musician who was on the verge of breaking out in the mainstream rap scene.

Even though Santana only released one studio album in his career, he developed a reputation as “a rapper to look out for” with a series of high-quality mixtapes. His first, It’s a Scary Site, was released on September 20, 2012, and featured Chief Keef, King L, Lil Reese, Frenchie, Lil Herb, and Lil Durk.

Thanks to his work in music, live shows, and album sales, Santana came into enough money to be able to spend some on himself and his family.

Santana lived in Chicago, Illinois, and had a home in L.A. He tweeted about buying a third place in New York City in May 2015. His guest house was shown in some YouTube videos and had a swimming pool, barbecue, and garden.

People are curious to know about Fredo Santana’s girlfriend, but the two kept things quiet, and he never revealed her name. There are several photographs of Santana and his girlfriend together, but nobody knows who she is.

What is known is that Santana was a father to a son named Legend Derrick Coleman, who would regularly appear on his Instagram account.

Also Read: What Happened to A$AP Yams? How Did A$AP Yams Die?

Santana announced the arrival of his son to the world in June 2017 on Instagram, with a photo of himself cuddling the blanket-wrapped baby. Fredo Santana’s Instagram account is full of pictures of the rapper alone, with his friends, his album covers, his son, and girlfriend.

Despite his newfound happiness of becoming a father, Santana reportedly had an addiction to Lean. Depending on the prescription cough medication used, the drug could contain codeine or promethazine, which can lead to liver failure.

When asked when he would stop his drug use by rapper Russ, Santana responded, “Until I can stop thinking bout my dead homies an the trauma that I been thru in my life that’s when I’ll stop. [sic]”

According to reports, Santana spoke publicly about his health problems, after he was rushed to a hospital with liver and kidney failure in October 2017.

Santana revealed the news through Instagram from his hospital bed saying, “Been in here since Friday doctor say a n***a had kidney failure an liver failure.”

Some people feel that Santana was on the mend after his hospitalization.

The rapper later hinted that he had addiction problems by tweeting, “I was running from my old life tryna get high didn’t want to face them demons…I’m getting help I might just go to rehab. [sic]”