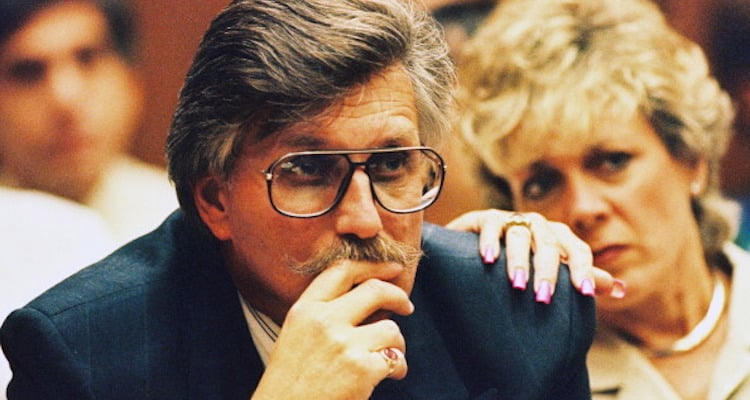 Fred Goldman is the father of Ron Goldman, one of the victims of O.J. Simpson’s infamous 1994 murder trial. Fred Goldman’s son was stabbed to death alongside his friend, Nicole Brown, outside Brown’s home in June 1994. While evidence was found at the scene that pointed towards Brown’s ex-husband, Simpson as the primary suspect, he was found innocent of all charges brought against him in court. Fred Goldman and Ron Goldman’s family fought for justice, even after Simpson was cleared. To this day, Ron Goldman’s father is seeking justice for his son’s tragic death. While the Goldman family still deals with the sadness at the loss of Ron, they’ve been left to cope with the tragedy and heal for the past 23 years. To find out more about the patriarch of the Goldman family, take a look at Fred Goldman’s wiki.

Fred Goldman, age 77, was and still is a family man. He was married twice in the past; his first marriage to Sharon Rufo lasted from 1967-1974, and his second marriage to Joan Goldman last just about a year, from 1977-1978. In 1987 he remarried for a third time, this time to Patti Glass. As far as we know, Fred Goldman and his wife are still together. Fred Goldman’s kids, Ron and Kim Goldman, are both from his first marriage—he didn’t have children with either his second or third wife. While Fred Goldman’s net worth is currently unknown, we do know that he worked as a real estate broker and salesman before his retirement.

After hearing the devastating results of the trial, Fred Goldman decided to dedicate himself to making efforts to improve the criminal justice system. He became a directory with the non-profit Safe Streets, and the entire family shared the story of their loss and emotional struggle in the 1997 book His Name Is Ron: Our Search for Justice. Although they received a $450,000 advance, they refuted accusations that they published it for the money. “Doing this book will give us the vehicle to spend more time pressing for judicial reform in this country and to speak out on behalf of all victims’ rights,” Goldman said. The Goldman family were also promised the profits from the book O.J. Simpson released in 2007, If I Did It: Confessions of A Killer.

Trying to Move On

The entire Goldman family finds it extremely difficult to move on from the death of their beloved son and brother, especially when their association to the case continues to keep then in the spotlight. With the 10-episode mini-series, The People v. O.J. Simpson: American Crime Story released just last year, the murder is anything but in their past. Bustle reported that Kim Goldman spoke out during an interview with People about how she feels now, nearly 23 years later: “When the whole conversation about closure comes up, I say, ‘Here’s why I don’t have closure. People have at it. They tweet about it. They talk about it. Now we have a 10-episode series about it.’ My brother’s murder and his death will always be with me.”

O.J. Simpson was convicted in 2008 for a different crime, and has just been granted parole—meaning he could be released as early as October 2017. Just as he was upset about the 1994 ruling, Fred Goldman isn’t happy with this one either. “What’s troubling to me is not only him, but the whole system gives second chances to violent felons or, for that matter, anyone in jail. Ron doesn’t get a second chance,” he told ABC News. “I think his whole history of violence, ignoring the law, no respect for the law, no remorse for virtually anything he’s ever done is an indication of who he is as a person,” Fred Goldman said. “I don’t think there’s any reason to think that he’s going to be a decent human being in society. I think he’s proved otherwise.”