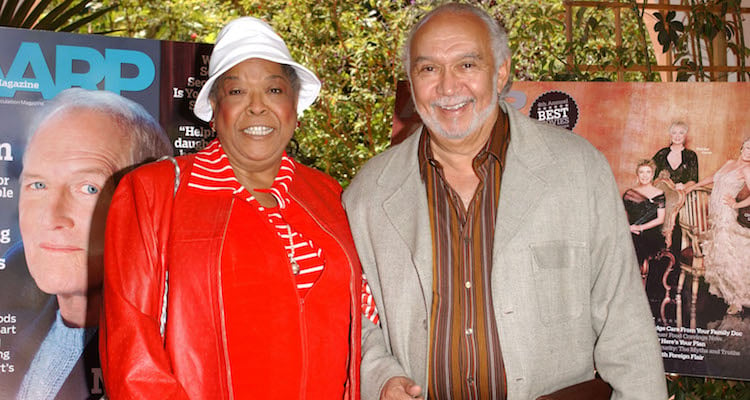 Actress and singer Della Reese died on Monday at the age of 86. Now, fans are wondering about her life and Della Reese‘s husband. While the exact number of Franklin Lett’s net worth is unknown, you can learn how he met his wife. Learn more about Franklin Lett’s biography with our Franklin Lett wiki below.

He Confirmed His Wife’s Death

The news of Reese’s passing was confirmed by her husband through the actress’ Touched by an Angel co-star, Roma Downey, who released a statement on behalf of Reese’s family.

“On behalf of her husband, Franklin Lett, and all her friends and family, I share with you the news that our beloved Della Reese has passed away peacefully at her California home last evening surrounded by love,” Downey said in a statement. “She was an incredible Wife, Mother, Grandmother, friend, and Pastor, as well as an award-winning actress and singer. Through her life and work, she touched and inspired the lives of millions of people. She was a mother to me and I had the privilege of working with her side by side for so many years on Touched by an Angel. I know heaven has a brand new angel this day. Della Reese will be forever in our hearts. Rest In Peace, sweet angel. We love you.”

CBS also sent their well wishes to Lett and his family after hearing the news of Reese’s death. While Reese was in show business for decades, she was best known for her role as a lead angel on the hit ’90s show, Touched by an Angel.

“We’re deeply saddened to learn of the passing of Della Reese,” it reads. “She was a multi-talented, award-winning performer who shined brightly on soundstages and in concert halls. For nine years, we were privileged to have Della as part of the CBS family when she delivered encouragement and optimism to millions of viewers as Tess on Touched by an Angel. We will forever cherish her warm embraces and generosity of spirit. She will be greatly missed. Another angel has gotten her wings.”

They’re from the Same Neighborhood

Della Reese and Franklin Lett Jr. grew up in the same area, but never met until adulthood. He later became her business consultant in 1979 and was connected to many of her past projects.

“We were both raised a few blocks away from each other in Detroit but never saw each other,” Lett told Jet magazine. “I also lived on the North Side of Chicago near the place where she always performed but we didn’t meet until much later.”

They Were Both Previously Married

Reese and Lett got married on January 12, 1983, at the Crystal Cathedral in Los Angeles, in the suburb of Garden Grove. In case you were wondering about Franklin Lett’s kids, he has two with his late wife. His children with Reese are Franklin and Dominique. His stepchildren, Dr. James Barger and Deloreese Daniels (deceased) were at the wedding, and walked the newlyweds down the aisle separately. The couple didn’t have time to go on a honeymoon, but planned on going to Greece, Morocco, and north Africa, according to Jet.

Reese was married three times before, though one marriage was annulled. Lett’s mother Odessa and sister Denise were also at the wedding.