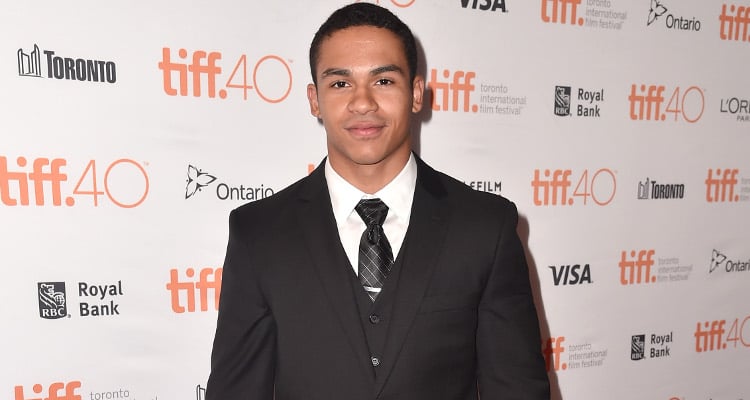 My Wife and Kids was a show in the early 2000’s that centered around the lives of Michael Kyle (Damon Wayans), his wife Jay (Tisha Campbell-Martin), and their three children: Junior Kyle (George O. Gore II), Claire Kyle (Jazz Raycole), and Kady Kyle (Parker McKenna Posey). In the show, Franklin (Noah Gray-Cabey) played a child prodigy who had a crush on Kady.

Franklin might not have been in the Kyle family, but fans loved it whenever they saw him on screen. Where is Noah Gray-Cabey now? Keep reading for more about Noah Gray-Cabey!

Born on November 16, 1995, in Chicago, Illinois to Shawn Cabey and Whitney Gray, Noah Gray-Cabey’s age is 21. He was raised in Newry, Maine and was always passionate about the piano. Initially, he played with a toy keyboard, but when he was four, he wanted an actual piano. On My Wife and Kids, a young Franklin graduated from Harvard University before he was seven. In real life, Gray-Cabey also went to Harvard, but it was after he graduated high school. He also likes airplanes, animals, fencing, and inventing. Currently, he lives in Los Angeles with his brothers, sisters, parents, cat, and two dogs.

Laughing makes everything better, even if you end up looking goofy! #tbt with @adamhendershott

If I can find the time to hit the gym, I can find the time to go out and vote. And same goes for you. This election, exercise your right to vote, and before you hit the gym, hit up your local polling station. Voting isn’t your right, it’s your obligation to ensure a free and prosperous country for your children. More importantly, it’s your chance to show the world that America is not ruled by fear, bigotry, and hate, but that we are a proud country of immigrants and free thinkers. Go vote, make your voice heard, and let it be known that this will always be the land of the free and the home of the brave. P.S. To my fantastic followers not from the U.S., I’m really sorry about all this. I promise, we really are better than this, fam. #vote #fitness #election2016 #workout #govote

At the very young age of 21, Gray-Cabey has come a long in his career. His net worth is an estimated $2.0 million. When he was four, Gray-Cabey traveled to different parts of the world to perform as a musician. By the time he was five years old, Gray-Cabey became the youngest soloist to play with an orchestra at the Sydney Opera House.

Life after My Wife and Kids

After 13 years, @parkermckennaaa is still way cooler than me #transformationtuesday

Although he earned fame for his role on My Wife and Kids, he worked on several different TV shows, including 48 Hours, Heroes, Limelight, and Heroes Reborn. Gray-Cabey also appeared in season 2 of Code Black, which has been renewed for a third season, which he may also be seen in.

Though there is no information on Noah Gray-Cabey’s height, we do know that the 21-year-old keeps fit and heads to the gym almost every day. If Noah Gray-Cabey’s Instagram tells us anything, it is that he might have found his real-life Kady. Though he does not post much, he uploads pictures with a very beautiful lady by his side! With those killer abs, great body, charming smile, and tremendous talent, he has it made in Hollywood. Gray-Cabey charmed his way into our hearts on My Wife and Kids, and we don’t think it will be long until he takes on more roles!