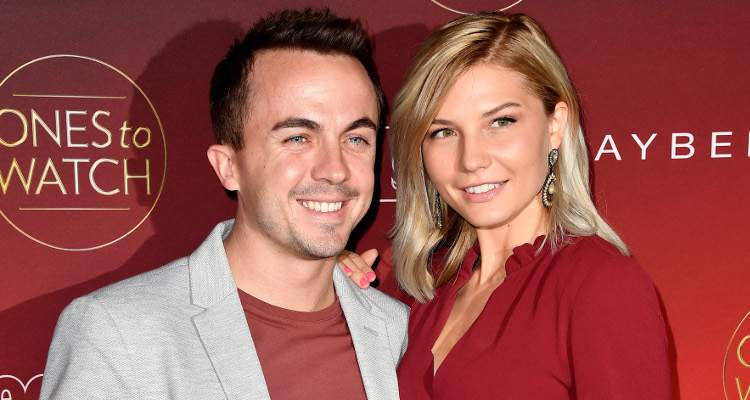 Frankie Muniz and Whitney Carson did so well on DWTS, that fans can’t wait for tonight’s finale! Will Muniz win the Mirrorball? If so, will he be remember it? In a shocking revelation earlier this season, Muniz opened up about his memory loss.

Frankie Muniz suffers from various medical conditions, which likely led to his memory loss. Though the actor is known for his hit TV show Malcolm in the Middle, he says he doesn’t remember it! Though the exact reason behind his long-term memory issues are unknown, he revealed that the only reason he knows about his breakout role is because he’s re-watched old episodes.

Just as Romantic as 50 First Dates

Muniz’s girlfriend, Paige Price, is very supportive of him. To make sure he doesn’t forget more precious moments, she writes down everything that happens in a journal. “I get sad at the thought of losing the memories. So she writes in a journal that I can look at every day and it’s really cool, because it has amazing detail. She started doing that about a year ago and hopefully she’ll continue. She’s awesome. She’s very supportive.” Muniz revealed.

Because he’s not “a doctor person,” the actor admitted that he’s not quite sure why he has memory loss, “Every time I go to the doctors they just tell me I’m crazy.” He also said that if it weren’t for those around him, he would not know that he had a problem, “I thought it was normal. I didn’t know I should remember going to the Emmys when I was younger.”

Bryan Cranston, who played Muniz’s dad on the show, supports his former co-star telling him “not to worry.” But sometimes, “I will tell him, ‘Remember this? Remember that from Malcolm?”

This is the first picture we took together and my favorite ever. You can see the love and it makes me so happy. I love you @pogprice!

Muniz expressed his grief about his bodily troubles back in October this year, saying that he had a broken back and ribs, and that they sometimes hurt when he practices too hard. But he still manages to show grace, fun, and effortlessness as he takes the stage on Dancing with the Stars.

“As a kid I did everything. I played ice hockey, soccer, basketball, soccer. But a year ago I went roller skating, and I was literally the dad holding onto the rail. I realized I have to take care of myself.”

Muniz revealed he broke about 38 bones since 2006. As a car racer, some pain is expected, but Muniz went through a lot more than that. In one race, his car flipped and crashed into a wall. His ankle, back, and hand were broken, and his thumb was “dangling by the skin.”

I really have had an adventure of a lifetime! Please help me continue living my dream! Vote for @witneycarson and! #teamfranneypack 1-800-868-3405

Frankie Muniz gets transient ischemic attacks, or mini-strokes, the first of which began when he was 27. When it first happened, he temporarily lost vision in one eye as he was on a motorcycle.  He thought he was speaking but, “my fiancée was looking at me like I was speaking a foreign language.”

This pizza was great and all, but, their cookies though… At @stellabarra in Los Angeles!

Whether or not Muniz will win the Mirrorball Trophy tonight, he definitely won hearts this season. Don’t forget to watch the Dancing with the Stars season 25 finale tonight at 9:00 p.m. EST only on ABC!