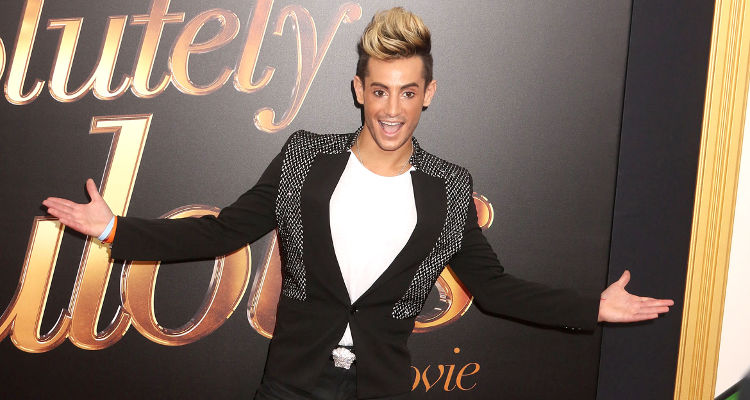 Recently, Frankie Grande is in the news because he entered Big Brother UK’s house last night. Apart from being related to Ariana Grande, there are many other things you should know about Ariana Grande’s brother.

He was born as Frank James Michael Grande Marchione on January 24, 1983 in New York City. His parents are Victor Marchione, who is a physician and Joan Grande, who is a chief executive officer of a telephone and alarm system company. Most of his childhood was spent in Englewood, New Jersey. Later on, he moved with his mother to Boca Raton, Florida and went to Pine Crest School. He started participating in musicals in the fifth grade. He completed his graduation in the year 2005 from Muhlenberg College in Pennsylvania. He triple majored in biology, dance, and theater.

Adraian Grande is actually Frankie’s half-sister. He even has a half brother named James Marchione. There are speculations that Frankie is receiving fame and the offer to enter shows because of Ariana Grande’s successful singing career and fame.

The ability to sing must run in the family as Frankie started his professional career in 2007 after he appeared as Boots the Monkey in the national tour of Dora The Explorer Live! He also participated in several regional theater productions such as George M!, A Chorus Line, Pippin, and Mamma Mia. Apart from acting, he even has hands on experience in producing on and off Broadway shows such as Hamlet, La Bête, and Born Yesterday. He was also named “Mr. Broadway” in the “Mr. Broadway 2007” charity benefit.

In 2014, he was one of the house guests of Big Brother 16. Unfortunately, he did not win the show and he was eliminated when only five people were left in the house. Now, Frankie is again participating in Celebrity Big Brother 18. Although, he has a brief idea about how the show works, we need to watch the show to find out if he will stick around for the long haul or will be eliminated in the first week itself.

#TeamGrande is taking over for Frankie while he’s is in the house on @BBUK! While he’s away, we’ll make sure his socials are still #ShiningBrightLikeAFrankie!

Aside from reality TV, Frankie has been a part of many shows and Broadway theater productions. Shows include Crazy For You, Livin’ la Vida Grande, Rock of Ages, Good Day New York, Hit Me With Your Best Shot, American Music Awards, and 54 Below. Apart from shows, Frankie also has a YouTube channel and he has many followers and subscribers.

Although Ariana Grande is his half-sister, they are close siblings and she supports him in every way. The same goes to Frankie, he is also very supportive and caring when it comes to his sister, Ariana. His Instagram pictures include photos of him and Ariana together, as well as some of her performing.