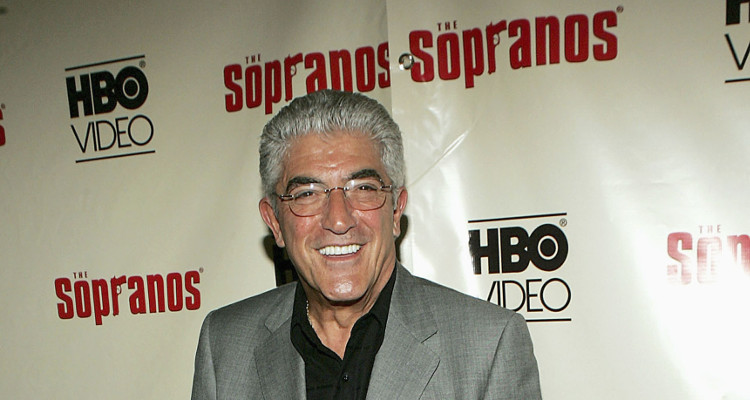 Frank Vincent made a career by playing gangsters in a host of classic movies and TV shows. Some of his roles were small, but big on impact. Though he was typecast as the bad guy, he also played diverse roles in his later years. He died due to complications arising from open heart surgery on September 13, 2017. His net worth of $5.0 million will pass on to his wife and children.

He was really good when he was the bad guy! Frank Vincent made a career of playing gangsters in both films and television over the last four decades. He passed away on Wednesday, September 13, 2017, at a hospital in New Jersey. Frank Vincent’s cause of death was credited to complications arising from open heart surgery, after suffering a heart attack last week. Vincent was 78 years old at the time of his death. Though he was mainly a character actor, he brought his passion to his craft, and even his small roles had a big impact on audiences. The news of Frank Vincent’s death has spread across Hollywood, with condolences being sent from his friends, fans, and colleagues. Here are a few details from Frank Vincent’s wiki.

Born on August 4, 1937, in North Adams, Massachusetts to Italian parents, Frank Vincent did not always know he wanted to be an actor. He started out as a musician and played the drums, trumpet, and piano, but decided to pursue acting in 1976 after playing a big role in the gangster movie, The Death Collector, alongside Joe Pesci. Vincent’s performance was noticed and appreciated by none other than Robert De Niro. Before long, other interesting roles started coming his way. A lot of these roles were in gangster films, and soon both Vincent and Hollywood realized that he was a natural.

Gangster in the House

With De Niro’s recommendation, one director quickly recognized and encouraged the budding actor. Martin Scorsese put Vincent in strong roles in several of his movies, including Raging Bull, Goodfellas, and Casino. Though Vincent is remembered most for his edgy gangster characters, he was an actor who excelled in a variety of roles. He acted in two of Spike Lee’s films, Do the Right Thing, and Jungle Fever. Other Frank Vincent movies include Baby It’s You, Last Exit to Brooklyn, Civil Wars, She’s the One, Cop Land, Witness to the Mob, This Thing of Ours, and Last Request. He also had meaty roles on TV, where he was more nuanced and deliberate, compared to movies where he was often fast moving. Some of Frank Vincent’s TV shows and cameos that earned praise were Law & Order, NYPD Blue, and The Sopranos.

Vincent’s acting in The Sopranos as Tony Soprano’s rival, Phil Leotardo was widely appreciated and added color to the iconic TV show. Thanks to his long and productive career in both films and TV, Frank Vincent’s net worth was an admirable $5.0 million at the time of his death. All this money will most likely go to Frank Vincent’s wife, Kathleen. According to sources, Vincent has three children, including a son named Anthony Vincent, who is a stuntman. Vincent did not seem to mind being typecast in gangster roles saying, “They need a gangster, they call Frank or Joe [Pesci]. An Italian-American? Frank or Joe. It is who you are. I’ve played other roles, but because of my New Jersey background, it lends itself beautifully to do that. There’s not a lot you can do about it but try to do other diverse roles.”

Hollywood has lost one of its most hard working and sincere actors with Frank Vincent’s death. His long-time collaborators like Joe Pesci, Robert De Niro, and Martin Scorsese know that they were able to shine in their work thanks, in large, to the actor who played the perfect villain. Vincent’s craft is perfectly captured in an iconic scene in Goodfellas where he tells Joe Pesci’s character, a shoe shiner, “Now go home and get your shine box.” Pesci later stabs and stomps Vincent’s character to death, but this exchange captured the deadly and brutal violence of the mob’s underworld. Now that Vincent is gone, Hollywood will miss a good guy who excelled at playing the bad guy.