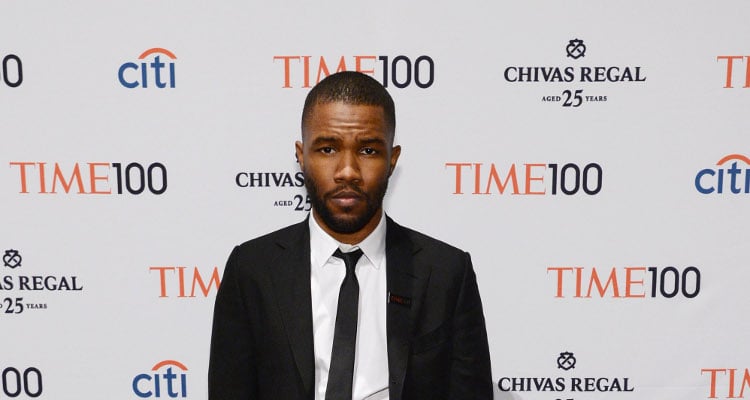 Frank Ocean attended the Met Gala 2017 on Monday (May 1) and even managed to squeeze into a star-studded bathroom selfie! Here is everything you need to know about Frank Ocean’s Met Gala appearance, including pics of his handsome look.

A 29-year-old Frank Ocean thought he would quickly sneak into the Met Gala without attracting too much attention, but he was wrong. The supreme power of the Internet catches everything! The singer artfully timed his entry, deciding to slip inside the Metropolitan Museum of Art right when the paparazzi was busy focussing on Rihanna.

However, he was caught on camera while trying to evade photographers, and people started making memes about Frank Ocean’s entry to the Met Gala 2017. Everybody knows he is a notoriously private person and does not like too much attention, which just fueled the Internet’s fire.

Even Rihanna was surprised to see the “Sweet Life” singer at the event. Thankfully, her reaction was captured and is now going viral.

Frank Ocean was joined by other artists like Future, Selena Gomez, The Weeknd, Priyanka Chopra, Katy Perry, and Wiz Khalifa, who decided to walk the red carpet with Jourdan Dunn.

The event honored Rei Kawakubo/Comme des Garçons: “Art of the In-Between,” exhibition. During an interview, curator of the Metropolitan Museum of Art’s Costume Institute, Andrew Bolton said, “Rei Kawakubo is one of the most important and influential designers of the past 40 years, By inviting us to rethink fashion as a site of constant creation, recreation, and hybridity, she has defined the aesthetics of our time.”

For the event, Frank Ocean wore Balmain and looked very dapper in a plain white shirt paired with black jeans. Although, he kind of managed to dodge the paparazzi, the singer was seen in the bathroom selfie, which included reality sisters Kim Kardashian, Kylie Jenner, Kendall Jenner, and P Diddy.

Though Frank Ocean rarely makes public appearances, he continues to win accolades and awards for his music. For his album Channel Orange, he won several awards like The Soul Train Music Award for Album of the Year, the GLAAD Media Award for Outstanding Music Artist, and the Grammy Award for Best Urban Contemporary Album. His song “No Church in the Wild” won Frank Ocean a Grammy for Best Rap/Sung Collaboration, and in 2013, he won a Brit Award for International Male Solo Artist. Earlier this year, the singer won an NME Award for International Male Artist.