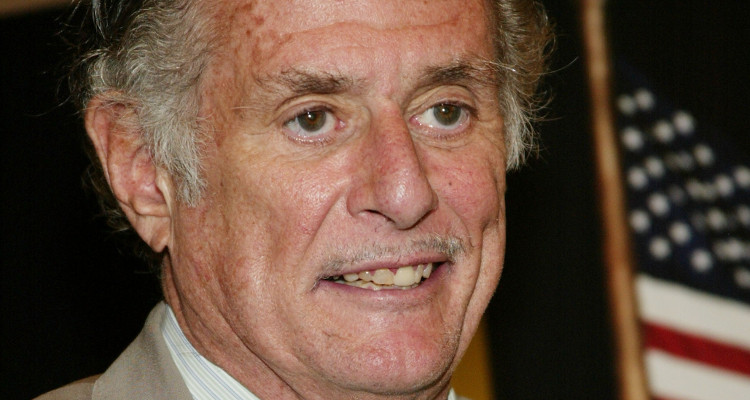 Sports Illustrated writer and NPR commentator, Frank Deford died on May 28 at the age of 78. He was a gifted man, who delighted us as a sports commentator and writer for over four decades. Find out more about his prosperous career, cause of death, and more in our Frank Deford wiki.

Deford graduated from Princeton in 1962. He began his journalism career as a researcher with Sports Illustrated, and was a commentator on CNN, as well. Deford was also a correspondent for HBO’s Real Sports with Bryant Gumbel since 1995.

From 1980 to 2016, Frank Deford was a regular Wednesday commentator, who also wrote monthly essays for NPR’s Morning Edition. He retired in May 2017.

Deford’s 1981 novel, Everybody’s All-American ranked in Sports Illustrated‘s Top 25 Sports Books of All Time, and was later made into a film of the same title. Although he was a sportswriter, much of his books were set outside the realm of sports.

For instance, his 2010 novel, Bliss, Remembered is a romance set in the 1930s. The plot is a love story between a pretty young American girl and the son of a German diplomat, told from her point of view. The talented sportswriter also wrote screenplays for the films Trading Hearts (1987) and Four Minutes (2005).

In 1989, Deford became editor-in-chief of The National, the first daily U.S. sports newspaper. However, it closed after only 18 months. After writing for Newsweek and Vanity Fair, Deford became a senior contributing writer at Sports Illustrated.

At the time of his death, Frank Deford’s net worth was estimated to be about $6.0 million.

Frank Deford had a well-accomplished career. He received quite a handful of awards and recognition for his excellent contribution in sports media. Among the many awards he received was an Emmy in 1988 for his work as a writer during the Seoul Olympics. He was also recognized as the U.S. Sportswriter of the Year for six years, he received a National Magazine Award for his 1999 Sports Illustrated article on Bill Russell, and also a PEN/ESPN Lifetime Achievement Award for Literary Sports Writing. He was also member of the National Sportscasters and Sportswriters Association Hall of Fame.

Frank Deford was a prolific writer. His first book, Five Strides on the Banked Track: The Life and Times of the Roller Derby was published in 1971. He also wrote notable works like, Cut ‘n’ Run, Big Bill Tilden: The Triumphs and The Tragedy, The Spy in the Deuce Court, The Old Ball Game, and Over Time: My Life as a Sportswriter.

Frank Deford was a long-time advocate for research and treatment of cystic fibrosis. From 1982 to 1999, he served as chairman of the Cystic Fibrosis Foundation. Deford lost his daughter, Alexandra, to the disorder on January 19, 1980 when she was just eight years old. He chronicled her life in the memoir, Alex: The Life of a Child, which was made into a movie starring Craig T. Nelson as Deford, Bonnie Bedelia as his wife Carol, and Gennie James as Alex.

Frank Deford died on May 28, 2017. He was 78 years old and passed away at his home in Key West, Florida. He was reportedly battling pulmonary issues.