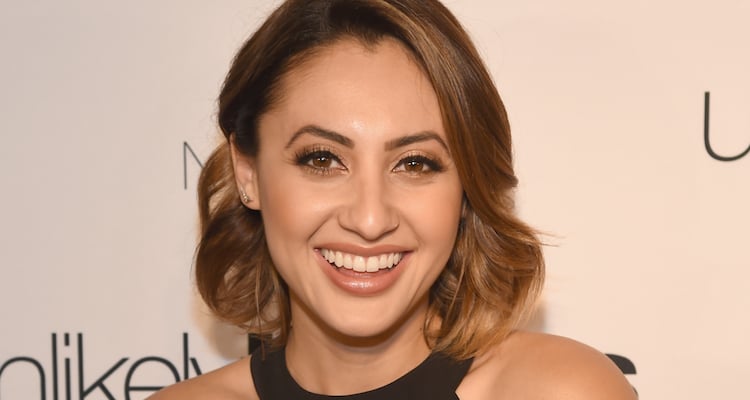 Francia Raisa and Selena Gomez are the definition of best friend goals and a bomb was dropped on us by the “Hands to Myself” singer. Now, everyone wants to know more about her best friend. So, if you’re interested to know more, then our Francia Raisa wiki is for you!

Who Is Francia Raisa?

Francia Raisa age is 29 and she was born on July 26, 1988, in Los Angeles, California. Her father is radio personality Renan Almendarez Coello, her mother is Virginia Almendarez, and their other children are Irlanda, Italia, and Cynthia. Francia is an actress and rose to fame on the hit show, The Secret Life of the American Teenager, which starred Shailene Woodley. Over the show’s five-season run, Raisa played Adrian Lee. One of Francia Raisa’s movies you might remember is the 2006 film Bring it On: All or Nothing, in which she co-starred with Hayden Panettiere and Solange Knowles, and played Knowles’ best friend, Leti.

While she doesn’t appear to be dating anyone right now, Raisa dated former So You Think You Can Dance choreographer Shane Sparks from 2006 to 2009. She was linked to 90210 alum Matt Lanter but denied the dating rumors in a 2009 interview.

Raisa did something truly amazing for a friend in need, and is possibly the real-life hero people need to see. Gomez, 25, took to Instagram to address her noticeable absence to fans and revealed that she needed a kidney transplant due to her battle with Lupus.

“I’m very aware some of my fans had noticed I was laying low for part of the summer and questioning why I wasn’t promoting my new music, which I was extremely proud of,” Gomez captioned the Instagram post. “So I found out I needed to get a kidney transplant due to my Lupus and was recovering. It was what I needed to do for my overall health.”

“There aren’t words to describe how I can possibly thank my beautiful friend Francia Raisa,” said Gomez. “She gave me the ultimate gift and sacrifice by donating her kidney to me. I am incredibly blessed. I love you so much sis.”

The Instagram post pictured the best friends in a hospital bed and Gomez later revealed her post-surgery scar.

The “Bad Liar” singer and Raisa met in 2013 when Freeform (Disney and ABC Family at the time) had their stars go to the Children’s Hospital. “Selena and I were in the same group and we just clicked,” Raisa said to Latina magazine. Clearly they were meant to be friends forever and now Gomez literally has a part of Raisa!

For those looking to congratulate Raisa on her heroic and life-saving act, you can visit her Instagram page. She has 441k followers and her account is verified, so it won’t be hard to find her among the fan pages out there. Fans have already written her well wishes and stated how thankful they are for her sacrifice.

10 days until my birthday, July 26! I'm so grateful that I've come to a place in my life where my birthday doesn't revolve around gifts. I have everything I need this birthday and so now the best gift I can get is a gift I can give. @uheroes is an incredible anti-human trafficking organization that I've been working with for many years. They rescue children from sex slavery and this year I want to give the gift of freedom and redemption to 5 more girls. Can you give this gift with me? There are 27 million people trapped in slavery all over the world, and if you donate $27 or more you will get this cool shirt that I helped design as a free gift to you. Click on the link in my bio to become an unlikely hero. Thank you for giving the gift of freedom for my birthday!

She Is a DACA Supporter

Raisa posted an Instagram message, after President Donald Trump said he was planning to end the program that has protected 800,000 people who were illegally brought to the U.S. as children from being deported. She said: “Dreamers do not cause crime, and do not take jobs away from others. DACAS serve in the military, die for this country, respect the flag. They are Americans every day. It’s time to unite now more than ever. A peliar! A peliar! A peliar!”

If you were wondering when you will see Raisa next, then you can always watch her on the new show, Grown-ish, a spinoff of the hit comedy Black-ish. The spinoff will premiere sometime in 2018.

About to get Grown up in this ✨Ish✨…. excited, Grateful….. AAAAHHHH, All of the feels! #grownish