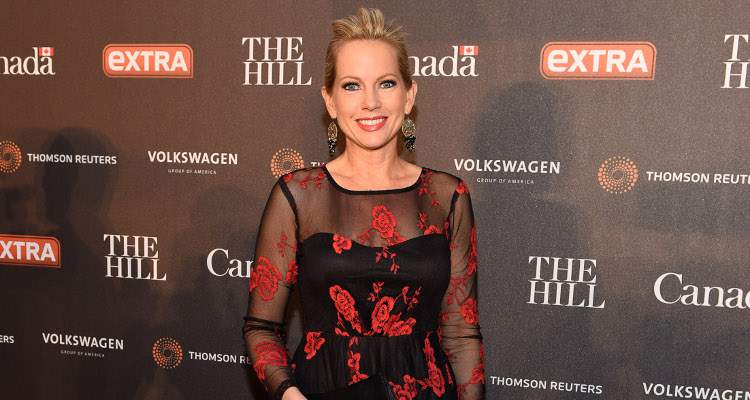 Shannon Bream is making history at Fox News! The anchor was chosen to head the network’s first late night newscast. Previously, the late night timeslot was reserved for reruns of primetime opinion broadcasts. It’s an even bigger feat that Rupert Murdoch chose a woman to take the helm. Find out about Bream, her husband, career, and achievements, right here in our Shannon Bream wiki.

She Made Pageant History

Born Shannon Noelle DePuy, she was raised in Florida by Marie Norris, a teacher, and Ed DePuy, a Leon County Commissioner. She graduated high school when she was 17. While still in school, she helped her mother renovate houses by scraping paint off window panes.

While studying at Liberty University, Bream participated in the Miss Virginia beauty pageant and won the title in 1990. She went on to compete in Miss America the following year, making it to the top 10. The scholarship award helped cover the cost of her education.

After graduating with a degree in business, she took up law at Florida State University. There, she competed in the Miss Florida USA 1995 pageant, won, and represented the state in the Miss USA 1995 where she finished fourth. She is one of few women in the history of pageants to have competed in two national scholarship programs representing different states.

While pursuing her Juris Doctorate at Florida State, Bream amped her resumé by interning at the office of Bill McCollum, a Florida Congressman who was in the U.S. House of Representatives at that time.

After graduating, she moved to Tampa to practice corporate law before deciding to switch careers to news broadcasting. In 1999, she was selected for ABC’s, Politically Incorrect. The change was not smooth sailing at first.

She performed entry-level tasks at a meager pay and when she did get a chance to be in front of the camera, it didn’t go well. She acquired reporting skills as she went but was so bad at first, she was fired. After a bleak slump, she moved to Washington D.C. where her reporting career finally took off.

She worked for a station in Charlotte, North Carolina and anchored the evening and late night news there. She also held reporting and writing positions in a Tampa-based station, and worked at a station in Washington D.C. covering general assignments and doing weekend reports.

While working in Washington, she met the veteran reporter, Brit Hume, who was working for Fox News in the Washington bureau. Impressed by her law background, he asked her to send her audition tapes to Fox News. In 2007, Bream began her dream job at the network.

She primarily covered the Supreme Court, including reports on the decision in favor of same-sex marriage, California’s Prop 8, the Supreme Court hearing on Guantanamo Bay detainees, and the Patient Protection and Affordable Care Act. The 46-year-old also contributes recipes to the Fox and Friends blog.

Specs on – ready to roll! Send me your glasses pics if ya got 'em. 2p @FoxNews pic.twitter.com/rbfM1QEHZK

Her husband is Sheldon Bream, who is also an alumnus of Liberty University. He is the brother of former MLB player, Sid Bream and director of bureau relations at Washington Speakers Bureau. The couple live in the Washington area and don’t have children.

Shannon describes her husband as an “amazingly supportive man” who helped her accomplish her goals. He obliged to move from Florida to Washington for her job. She also says he accomplished “great feats” by surviving a brain tumor and reaching new heights with his own career.

Bream is now the anchor of Fox News @ Night, Fox News’ first late night show which will cover hard news without opinions. It is part of the Rupert Murdoch-owned network’s revamped lineup and will no longer feature re-runs of primetime shows in the 11:00 p.m. timeslot.