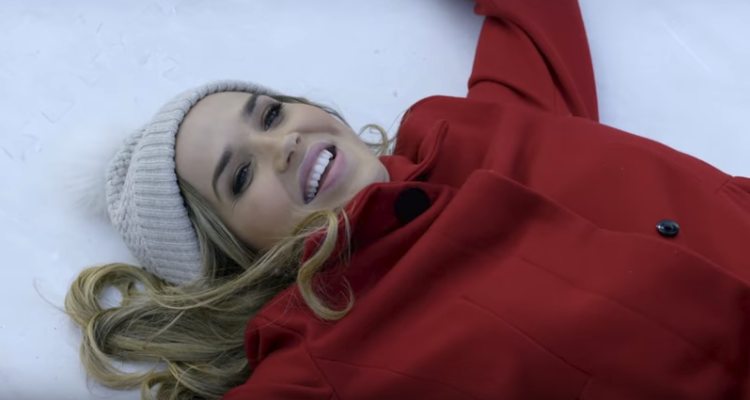 The holidays are fast approaching and we all know what that means! Holiday specials, classic Bing Crosby Christmas playlists, and adorable Christmas movies! In fact, Lifetime is coming out with a slew of star-studded original made-for-TV movies to bring us all the Christmas cheer we need this time of year! And one of those movies happens to be premiering tonight, on Saturday, December 2nd at 8:00 p.m. EST. The Four Christmases and a Wedding movie was made by Lifetime and it’s a romantic comedy featuring a stellar cast, which includes Arielle Kebbel, Corey Sevier, Markie Post, and Judge Reinhold. Keep reading to learn everything you need to know about the cast of Lifetime’s Four Christmases and a Wedding!

Synopsis of Four Christmases and a Wedding

The premise of Four Christmases and a Wedding is about as charming and predictable as a made-for-TV holiday-themed rom-com can get. It’s about an attractive young woman named Chloe, who’s in the prime of her life (played by Arielle Kebbel), who also happens to be a single event planner living in a small town. When asked to plan the annual Christmas festival in her hometown, she willingly accepts the task and focuses all of her energy on planning a whimsical event for the entire town to enjoy. Much to the chagrin of her mother (played by Post), who’s adamant that her daughter finds a man to spend the rest of her life with, Chloe decides to stop trying so hard to find love and to just let it happen naturally. She ends up meeting her ideal man named Evan (played by Corey Sevier), the night of the Christmas festival only to later discover that he’s being relocated to another country for work! As luck would have it, they meet several more times at the Christmas festival the next year and the year after that, but there’s always some unforeseen circumstance that prevents them from getting together. Sometimes, leaving things to chance can be exhilarating, as these two star-struck lovebirds will discover!

Check out the adorable and quirky Four Christmases and a Wedding trailer here:


Four Christmases and a Wedding Cast

And now, without further ado, meet the cast of Four Christmases and a Wedding!

You might remember Arielle Kebbel from such hit teen movies as John Tucker Must Die (2006) and American Pie Presents: Band Camp (2005). She was born on February 19, 1985, and is a Florida native. In 2002, she competed in the Miss Florida Teen USA Pageant and ranked as number 95 on the Maxim magazine Hot 100 list in 2005. Within one week of moving to Los Angeles to become an actress in 2000, Kebbel was cast in the role of Lindsey Lister on the WB hit show, Gilmore Girls.

It might be Monday, but at least you're one day closer to Lifetime Christmas movies…

Corey Sevier is a Canadian-born actor who got his start by modeling in commercials at just a few months old. He started gaining traction in his career at a very young age when he starred in a miniseries opposite Sam Niell and Angelica Houston, both of whom were already big stars at the time. He’s had guest appearances on numerous TV shows, including Supernatural, Smallville, Murdoch Mysteries, Psych, CSI: Miami, and a few others.

As a California native, Markie Post has been producing and acting in films for most of her adult life. Her filmography includes such popular movies and TV shows as There’s Something About Mary (1998) and Night Court.

Last but not least, Judge Reinhold has had a prolific and extremely successful career working in both TV and film for over 25 years. He’s taken on countless dramatic and comedic roles throughout his career and has possibly one of the most recognizable faces in the industry. Fans of Arrested Development will recall that he had a brief stint on the show, in which he played a hyperbolized arrogant version of himself. He also appeared in another now classic Christmas movie The Santa Claus (1994), opposite comedic actor Tim Allen.

Now that you know what to expect from Lifetime’s Four Christmases and a Wedding, be sure to tune in on tonight for a delightful holiday comedy!