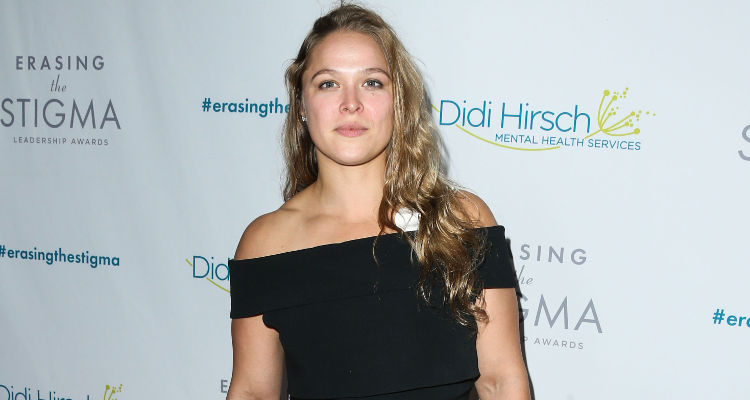 American mixed martial artist, Ronda Rousey is well-known on the Olympic circuit as the first woman from the U.S. to win a bronze Olympic medal in judo. She was recently dogged by rumors perpetuated by her UFC rival, Cristiane Justino, that Rousey is currently pregnant with her first child. For die-hard fans of the former UFC champion wondering whether Ronda Rousey is pregnant or not, we’ll put the rumors to bed immediately by confirming that Ronda Rousey is not pregnant!

Cris Cyborg tweeted out the rumor, fuelling speculations amongst the UFC star’s massive fan following that she might be pregnant.

I keep hearing the rumor @RondaRousey is expecting and no longer fighting #ufc205 if true congrats on the new life pic.twitter.com/2ozBb5LHpR

The news confirming that Rousey is not expecting her first child was released by the president of the MMA organization, Ultimate Fighting Championship (UFC), Dana White.

The 29-year-old star has also appeared in Hollywood movies like, The Expendables 3, Furious 7 and Entourage. On The Ellen DeGeneres Show, Rousey claimed to be the highest paid UFC fighter, male or female. You go, girl!