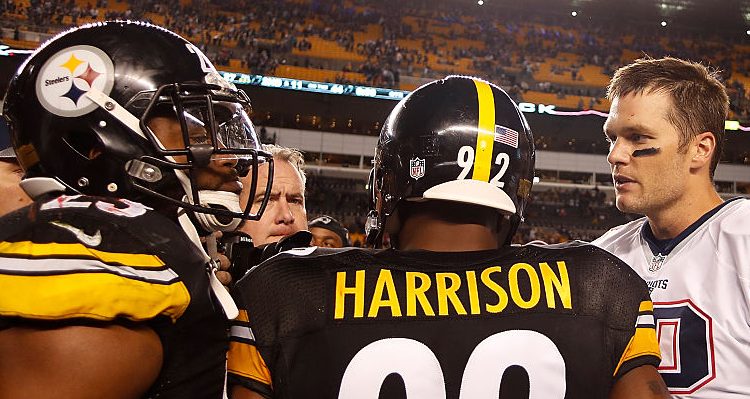 Tom Brady has spent his NFL career on the opposite side of the field from James Harrison. But now, the two men are making the adjustment of becoming teammates rather than opponents, with James Harrison’s Instagram even featuring a friendly picture of them in the locker room together! Naturally, the Internet is going nuts over these new “frenemies” so we thought we’d celebrate the occasion by bringing you our favorite Tom Brady and James Harrison memes! From harsh beatings to the “deflategate” scandal, we’ll cover both players—and have you laughing by the end of it! So, on to Tom Brady/James Harrison memes!

Here’s Hoping He Made a Copy!

James Harrison Is a Beast

For those who are wondering, it’s a very big can. And, Lord help you if you shake it before opening!

As best as we can figure, this is the current Tom Brady and Patriots’ game plan.

It’s not out of the realm of possibility.

The Truth about Tom Brady…

Haters are gonna hate, but it’s pretty hard to argue with facts! (With Harrison on the team, he may see 6!)

Fun fact: Harrison has been nicknamed by a number of teammates as “Deebo.” You know, the big huge dude from the Friday movies?

Finally… A teammate that’s older than me!?? @tombrady

He even made a fun little joke about Brady’s age! (And look! Harrison is smiling…sort of!)

That’s a little harsh. Besides, the Steelers had their chance but didn’t re-sign the man!

Well, we hope that you’ve enjoyed this round of Tom Brady and James Harrison memes. It seems that the Internet is being flooded with them today as these two NFL bigshots finally come together on one team. With these tow being labeled “old” boys on the field, at least now they’ve got each other! (And if any teammate makes a geriatric joke, there might be twice the beatings!)