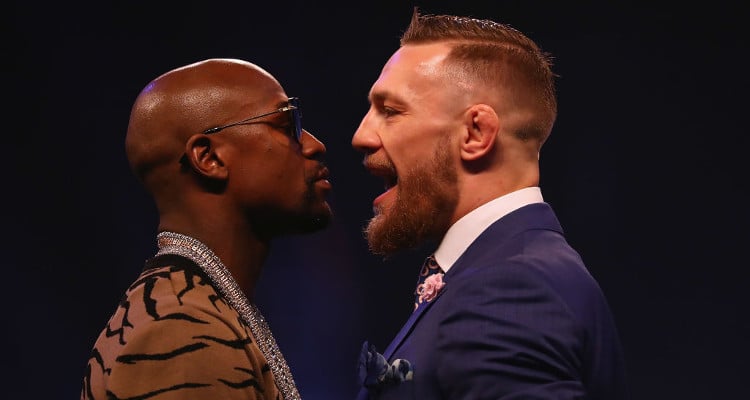 Conor McGregor has done it again! The UFC provoked Floyd Mayweather Jr. with an allusion to his ex-girlfriend, Josie Harris. Draymond Green has also thrown himself into the mix.

Remember the rocky relationship between Floyd Mayweather Jr. and his then-girlfriend, Josie Harris? Conor McGregor is far from letting him live it down. The UFC Champion wore Golden State Warrior, C.J. Watson’s jersey number—the same C.J. Watson who allegedly slept with Mayweather’s ex, Josie Harris. She is once again dragged into the spotlight because of her ex’s feud with the UFC fighter. Find out all about it in Josie Harris’ wiki.

Who Is Josie Harris?

The 37-year-old is best known for dating one of the greatest boxers alive. Before fame, she was a small-time actress with just one movie role to her name. She acted in the horror flick, Exit 38 and appeared in the TLC series Starter Wives Confidential.

These days, she doubles as a successful entrepreneur and social media savant. Her Instagram account is private but she has a large following of more than 41k. She launched her own line of baby products called Nappiesaks. Through her successful business, she has earned a net worth of $10.0 million. She’s also working on a book, detailing her experience as a domestic abuse victim.

In an interview, Harris said that being with Mayweather left her a “battered woman.” The boxer has been accused of domestic abuse several times by different women, including Josie Harris. She claimed that he attacked her on six occasions during their relationship, but the worst one was in September 2010. The on-again off-again couple split at the time of the assault, but he was reportedly angered by Harris’ rumored new romance.

Mayweather was taken into custody after Harris filed a domestic battery report —a similar one to what she had recanted in 2005. The boxer reportedly attacked a sleeping Harris by punching and kicking her. He accused her of cheating on him with Golden State Warrior C.J. Watson. Though not confirmed, Harris allegedly admitted to him that she was seeing Watson.

Mayweather served prison time after the assault but he denies the allegations. He even alleged that Harris abused drugs. In turn, she sued him for defamation. The boxer rarely speaks about the assault case, but he once claimed that he spent very little time with his children because of Harris.

C.J. Watson wore No. 23 when he was with the Warriors. McGregor wearing that same number was a taunt to Mayweather’s assault past. However, current Warriors’ No. 23, Draymond Green, also weighed in on the McGregor-Mayweather feud, apparently siding with Mayweather.

They Have Three Kids

Harris and Mayweather are parents to three children—Koraun (17), Zion (16), and Jirah (13). The three kids are famous personalities on Instagram. Out of the three, Koraun spoke up about his parents’ turbulent relationship.

When Mayweather attacked his mother in 2010, Koraun was the one who alerted the security guard to call the police. He detailed the night of the assault and his efforts to save his mother in an interview . To date, Harris says Koraun saved her life that night. He came to attention when he called his famous father a “coward” for not coming clean about the assault.

Koraun and his siblings hang out with their father and fly to Vegas on his private jet. Mayweather showers him with expensive gifts including a Bentley golf cart and Mercedes on his birthdays. But Koraun has nothing to do with the world of boxing.

Shantel Jackson is among the legion of Floyd Mayweather Jr.’s exes accusing him of assault. But before that, she was the undefeated champ’s fiancée who had a bitter war of words with Harris.

In 2013, Harris and Mayweather’s daughter, Jirah (then aged 10) was cheering on her father in a match wearing a Michael Costello pink creation. Coincidentally, Jackson was at the same event wearing the same Costello creation. Whoops!

Josie Harris claimed she asked the Project Runway contestant for a one-of-a-kind dress for Jirah and then called him tacky for styling Jackson in the same dress. Costello and Jackson called Harris a jealous bitter ex and said that the pink outfit was never a one-of-a-kind creation. The special thing about Jirah’s dress was that it was the first time Costello styled a 10-year-old.

It looks like Conor McGregor and Floyd Mayweather Jr. will continue to trade such cruel jibes until their fight on August 26.