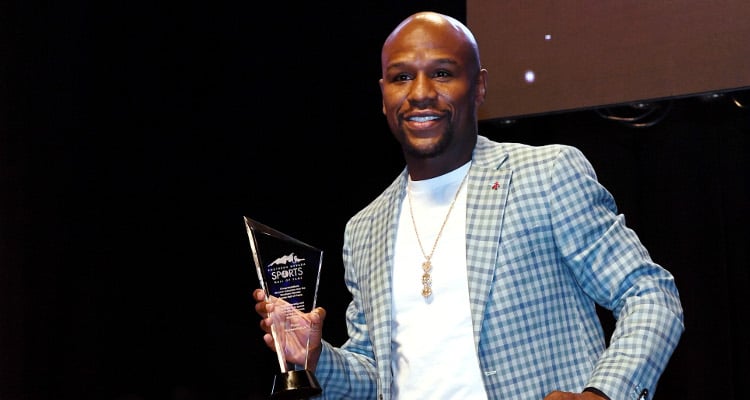 The eagerly anticipated Floyd Mayweather vs. Conor McGregor fight will take place on Saturday, August 26. If you want to know more about the king of the ring, take a look at our Floyd Mayweather wiki.

On August 26, 2017, the world will witness one of the greatest boxing matches of the year between UFC lightweight champion, Conor McGregor and five-division champion, Floyd Mayweather in Las Vegas’ T-Mobile Arena. The broadcast starts at 9:00 p.m. EST but the actual match will start at 11:00 p.m. EST.

The winner will take home the specially designed “Money” belt, which is 1.5 kilograms of solid 24-karat gold and has 3,360 diamonds, 300 emeralds, and 600 sapphires.

Floyd Joy Sinclair was born on February 24, 1977, in Grand Rapids, Michigan. His father, Floyd Mayweather Sr., was a former welterweight contender and his uncles were also professional boxers. Mayweather went to Ottawa Hills High School, but dropped out.

Growing up, Mayweather knew he wanted to be a boxer. When he told his grandmother that he wanted to find a job, she told him to focus on boxing. Mayweather had a difficult childhood. His mother was addicted to drugs and his father was sent to prison on charges of drug trafficking. As his home life was not ideal, Mayweather’s father sent him to live with his grandmother.

Talking about his childhood, Mayweather said, “When people see what I have now, they have no idea of where I came from and how I didn’t have anything growing up.”

With sheer hard work and determination, he won the national Golden Gloves championships three times. When he was 19, Mayweather reached the semi-finals of the featherweight, and earned a bronze medal at the Olympics.

In 1996, he entered the professional boxing ring and won against Roberto Apodaca. Since then, he has earned the reputation of being one of the greatest boxers in the world.

Floyd Mayweather’s net worth is an estimated $400.0 million. It was reported that Mayweather’s salary is $200.0 million per fight. Besides boxing, he also earns a good amount of money from endorsements and sponsorships, which brought up about $25.0 million.

Floyd Mayweather is reportedly dating reality star, Abi Clarke. The 26-year-old was born in England was on the show The Only Way Is Essex. Mayweather and Clarke met in 2016, when she was on vacation with her friends in Las Vegas after her split from Rob Davies.

A source reported, “Abi and Floyd really hit it off and she was blown away by his sense of humor and generosity. She was in a fragile and vulnerable place, and Floyd has made her feel confident again.”

Mayweather has four kids with two different women between the ages of 13 and 18. Josie Harris, Mayweather’s childhood sweetheart and ex-girlfriend, is the mother of Zion, Jirah and Koraun. The three kids live with their mother in Los Angeles.

When Mayweather dated Melissia Brim, the two welcomed a girl, Iyanna. Back in 2014, his son Koraun called his father a coward. “[My dad] said to lock my door and stay in my room,” He said, “I sat there and thought about what I was going to do next…and then ran back out my bathroom and then hopped over the gate and went to the main entrance gate. I just told [the guard] that my mom was getting hurt and to call the ambulance and the police.”